From a lone Jewish lawyer who sued Henry Ford a century ago to Charlottesville today, innovative lawsuits are targeting antisemitism 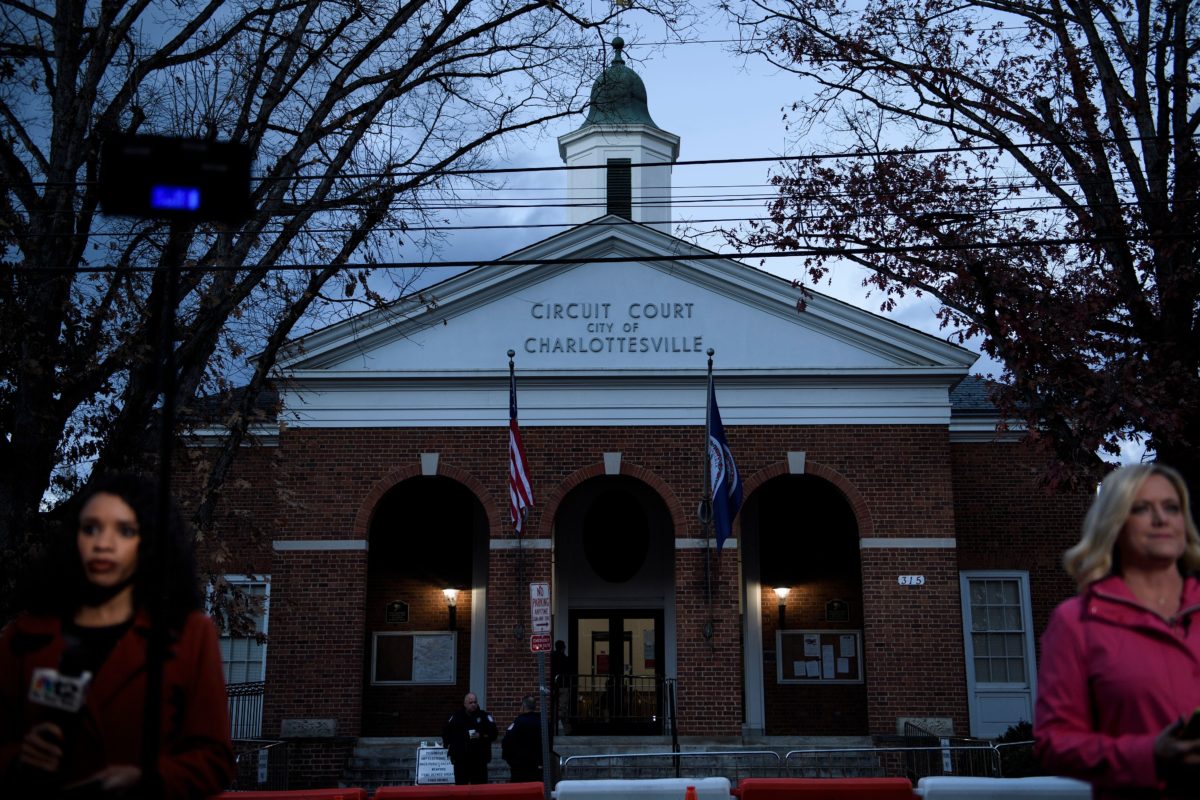 Nearly a century separates the antisemitism of Henry Ford’s newspaper The Dearborn Independent and Andrew Anglin’s Daily Stormer. But the time and distance between them dissolves this week in a courtroom in Charlottesville, Va., as a verdict is awaited in the civil case against the white supremacist and neo-Nazi organizers of the deadly Unite the Right rally held in the college town in the summer of 2017.

In their case alleging a conspiracy of hate made possible by the internet, the plaintiffs’ attorneys in Sines v. Kessler aim to bankrupt those, like Anglin, who were behind the rally, during which a counterprotestor, Heather Heyer, was killed, and many others were injured.

The attorneys, in a lawsuit brought by the nonprofit Integrity First for America, are using a Civil War-era conspiracy statute, the Ku Klux Klan Act of 1871, to undergird their arguments. But the libel case that brought Ford’s antisemitic newspaper to its knees in 1927, initiated by a little-known Jewish lawyer named Aaron Sapiro, provides rich historical context for the events playing out in Charlottesville.

In 1925, Sapiro sued Ford — the wealthiest, most famous man in the country — for libeling him in The Dearborn Independent, which claimed he was ruining the agriculture industry.

Ford took aim at Sapiro, who was organizing California and Canadian farmers into cooperatives to improve their financial security, mocking him as the essence of the so-called “money-grubbing, controlling Jew,” said Victoria Woeste, author of “Henry Ford’s War on Jews and the Legal Battle Against Hate Speech,” published in 2012 by Stanford University Press. Woeste is an affiliated research professor at the American Bar Foundation.

Under pressure from national Jewish leaders who feared a trial would further spread Ford’s well-known antisemitism, Sapiro was forced to settle. He won significant damages — $135,000, a lot of money at the time but hardly a dent in the coffers of a man as wealthy as the car manufacturer. The settlement also shut down The Dearborn Independent, the newspaper Ford purchased in order to publish articles about what he saw as “the Jewish problem.” The articles centered on Ford’s belief that Jews controlled the economy, the media and started World War I. Titled “The International Jew,” the articles were later collected into a book which is still sold today and was cited by Hitler in Mein Kampf and other Nazi leaders as an influence. In 1938 Ford was awarded Germany’s medal for foreigners sympathetic to Nazism.

The Dearborn Independent described Sapiro as an “international financier who will enslave American farmers and eventually replace the American state with this international conspiracy,” Woeste told Jewish Insider. As a condition of the settlement, the widely read paper ceased publication in 1927. At the time it had the second highest circulation of any newspaper in the country.

“Ford’s antisemitism got a lot of attention, but if it wasn’t for this single Jewish lawyer who decided to sue Ford for libel, on his own, it never would have stopped,” said Gaylen Ross, a documentary filmmaker currently directing and producing a film titled “Sapiro: The Jew Who Sued Henry Ford.” “It is remarkable that he did this on his own and is unknown.”

“The Charlottesville case is the successor to Sapiro,” Woeste said.

The strategy of using civil litigation to try and shut down antisemites and white supremacists has an impact beyond the defendants in the Charlottesville case, said Amy Spitalnick, executive director of Integrity First for America.

“The financial operational consequences create a deterrent to others considering participating in hate like this,” she said at the Anti-Defamation League’s recent “Never is Now” conference. “Some of the defendants have already said that the case has undermined their ability to go about their business, and forced operations to shut down.”

A lawyer for the nine plaintiffs in the case said in closing arguments last Thursday that each should be awarded between $3 and $10 million “for pain and suffering,” in addition to their medical costs. Defendant Richard Spencer, who is representing himself, said during an earlier motion that he has been bankrupted by the lawsuit.

“These cases are extremely effective,” said Heidi Beirich, who co-founded the Global Project Against Hate and Extremism last year, after working at the Southern Poverty Law Center for two decades. Defendants “lose their resources and no one wants to associate with them anymore. The organizations collapsed, lost their money [and] no longer functioned as serious entities in the white supremacist world,” she said of past cases. “There is evidence that when extremists have access to property it makes it easier to engage in terror. They can train people. We took that away from them.”

But now, white supremacists’ work  — and collecting judgments against them — has moved online.

“The problem that we have is that this is a movement that has metastasized over the last 10 or 12 years. It is so much bigger than we could have anticipated,” said Beirich. “The internet allows radicalizing recruitment in ways that just weren’t possible with a fax machine and a phone.”

After Sapiro’s legal victory, the strategy of using civil litigation to de-fang white supremacists was used successfully by the Southern Poverty Law Center (SPLC) starting in the 1980s. In 1990, the SPLC won a $12.5 million judgment against the White Aryan Nation, whose leaders were convicted of organizing skinheads in Portland, Ore., who murdered Ethiopian student Mulugeta Seraw. In 1998, a South Carolina jury awarded the largest judgment up to that point — $37.8 million — against the Christian Knights of the KKK, its state leader and four other Klansmen for burning down the Macedonia Baptist Church. The judgment forced the sale of the Christian Knights of the KKK’s land and headquarters, requiring that it never be used by a hate group again, and put an end to the white supremacist organization, which had been “one of the most active Klan groups in the nation,” according to the SPLC.

Other organizations too are using this approach; The Lawyers’ Committee for Civil Rights Under Law is representing the Metropolitan African Methodist Episcopal Church in Washington D.C. in a civil lawsuit filed earlier this year against Proud Boys International and its leaders, for attacking the church and its property. The NAACP, on behalf of Rep. Bennie Thompson (D-MS) and other representatives, has filed a lawsuit against former President Donald Trump, his former attorney, Rudy Giuliani, the Proud Boys and the Oath Keepers, for conspiring to incite a violent riot at the Capitol on Jan. 6.

The SPLC sued Anglin, publisher of The Daily Stormer — named after Nazi propaganda newspaper Der Sturmer — in federal court for unleashing a terror campaign against Tanya Gersh, a realtor in Whitefish, Mont., and her young son. In 2019 they won a judgment for Gersh, for infliction of emotional distress and invasion of her privacy, of more than $14 million.

The other 21st-century twist to the case, which makes collecting that judgment more difficult than it was to sell the Klan’s real property in the 1980s, is that Anglin’s assets are in the form of cryptocurrency. During his trial, Anglin went underground. His current whereabouts are uncertain.

High-powered law firms are working to track down those assets. Daniel Kramer, a partner at Paul, Weiss, Rifkind, Wharton & Garrison, is working pro-bono on the case. His connection to hate crimes is personal: His brother-in-law, Jerry Rabinowitz, was one of 11 people murdered at the Tree of Life Synagogue in Pittsburgh in 2018. “Since Jerry’s death, I’ve made these cases against Nazis and white supremacists a bigger focus of my pro-bono work,” Kramer told JI.

Neo-Nazis and white supremacists have moved into cryptocurrency because “as we’ve become more and more successful in marginalizing purveyors of hate, they’ve had to stop using the usual banking system and go into more esoteric and underground ways of funding their hateful operations,” explained Kramer. “Different methods of buying and selling crypto change all the time. As we try to marginalize them they come up with new ways of trying to get funding, and we’re hot on their trail.”

Disrupting the flow of money to purveyors of hate is critical, say those involved with the work. “In 2013 our first target was to try to stop them from having PayPal accounts,” said Beirich, who at the time was at the SPLC and working on the Anglin case. “It was the money that enabled them to function. If we could hit them in the bank account we could cripple them over time. PayPal started suspending accounts the week after Charlottesville. That turned the tide.”

Anglin continues to fundraise, asking for donations in cryptocurrency, on websites like 4Chan and 8Chan, Kramer said. “We would like to disrupt his fundraising. It’s as simple as that.”

“When we brought these cases against the Klan in the past, they had property and businesses we could seize. Today it’s in this digital realm. It is virtual, intangible, but that doesn’t mean it can’t be tracked,” said McCoy. “There are on and off ramps to blockchain. Eventually Anglin will try to monetize it, will go to a bitcoin ATM and take out cash,” and he will be tracked down.

“Fortunately the law has pretty good mechanisms for attachment and garnishment, which we can rely on in the cryptocurrency context just as if it were other assets,” McCoy added.

In the 2021 version of putting an end to The Dearborn Independent, Gersh’s legal representatives have also taken over most of Anglin’s websites, Kramer said, in what is to his knowledge the first time the approach has been used in the execution of a civil judgment.

“We have taken control of the websites that lead to The Daily Stormer. It is getting harder and harder to find his propaganda online,” said Kramer. A Russian web host still has the last version of the hate-filled website online because “we haven’t been able to shut that one down.”

“Civil litigation has played a crucial role throughout history in bankrupting and dismantling hate groups,” Spitalnick told JI. “Our lawsuit uniquely holds accountable the white supremacist groups and leaders responsible for the Unite the Right violence. And even before trial, our case has made clear the significant financial, legal and operational consequences for this violent hate.”