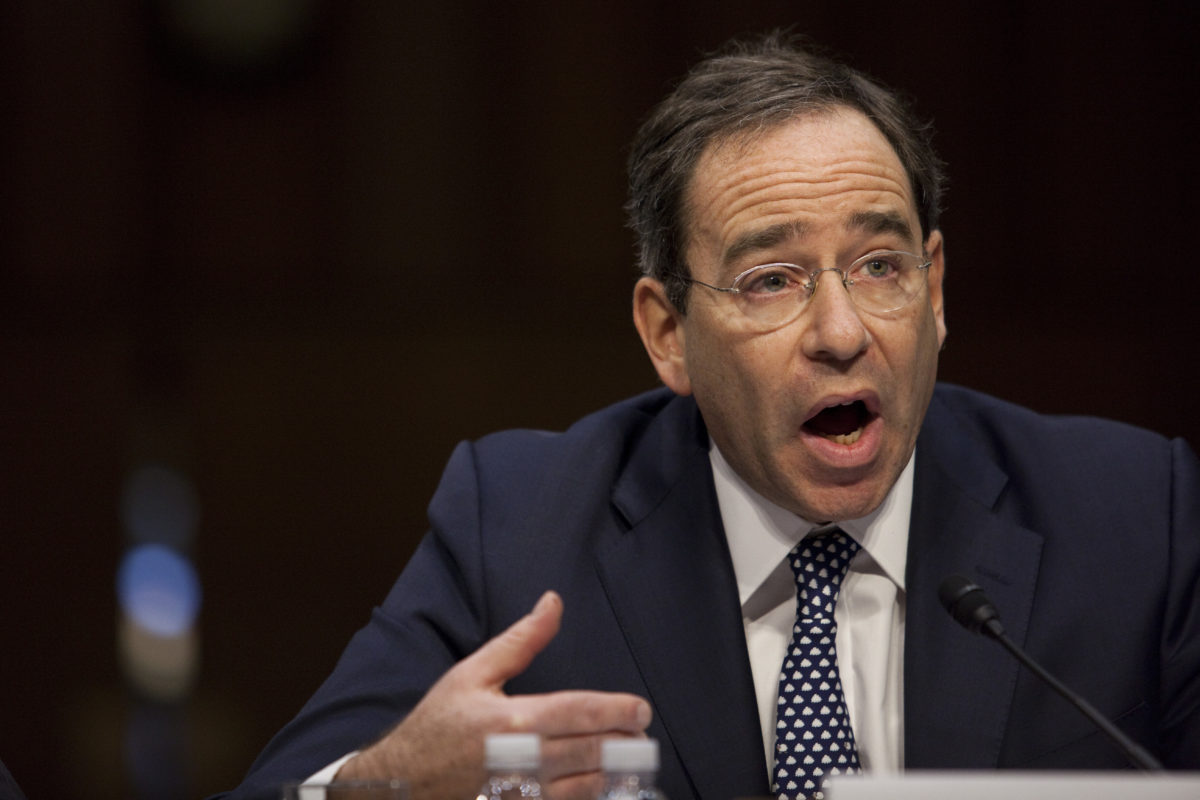 Then-Deputy Secretary of State for Management and Resources Thomas Nides speaks during the Senate Foreign Relations Committee hearing on the September 11th attacks on the U.S. Consulate in Benghazi, on Capitol Hill, December 20, 2012 in Washington, D.C.

After months of intense speculation and numerous reports that Thomas Nides was a top contender for the job, the Biden administration announced on Tuesday that it will nominate the Morgan Stanley vice chairman and former deputy secretary of state for management and resources as U.S. ambassador to Israel.

President Joe Biden had come under increasing pressure to nominate an ambassador to Israel amid the recent conflict between Israel and terrorist groups in Gaza. Jewish Insider first reported in December that Nides was a frontrunner for the position.

Dennis Ross, a fellow at The Washington Institute for Near East Policy, described Nides, who is Jewish, as “an inspired choice.”

“He knows a lot about the whole way you operate with the State Department, how you approach things diplomatically,” Ross told JI.

Ross added that Nides’ close ties to Biden, Secretary of State Tony Blinken and National Security Advisor Jake Sullivan will be critical assets to him in Jerusalem.

“The message to Israel is you’re getting someone who is high-powered, has experience, but is extremely close to the president and the two most senior people on foreign policy and national security,” Ross said. “It cuts both ways, both in terms of the Israelis knowing their concerns will be immediately brought in in a very clear way to the highest levels of the administration… [and] the Israelis will know that when the ambassador comes in to the prime minister, this is someone who’s absolutely representing where the president’s coming from.”

Aaron David Miller, a senior fellow at the Carnegie Endowment for International Peace and a friend of Nides, described the Morgan Stanley chairman in April as “the perfect choice.” Miller noted that Nides has both previous government experience and political connections — rather than being a career foreign service officer or a high-powered donor with no government experience.

“Nides as U.S. ambassador [was] picked because Biden and those close to Biden —  Jake [Sullivan] and Tony [Blinken] — have a lot of confidence in him,” Miller said. “Non-career but [someone] who had government experience, diplomacy, who [knows] the Jewish community, who [knows] the Hill, and who [knows his] way around the Middle East.”

“Because he is not a former elected official, he understands about being a staffer, which is what being an ambassador is, right?” said Jarrod Bernstein, a former White House associate director of public engagement and cohost of JI’s “Limited Liability Podcast.”

Miller said that Nides will “do really well in the personality department, particularly with Prime Minister Naftali Bennett,” who also has a background in finance and business.

“The bilateral relationship is going to improve fundamentally,” under the new Israeli government, Miller predicted. “Not only will Biden be the beneficiary of that, Nides will be the beneficiary as well. In many ways this is a perfect appointment and it’s coming at a time when the Biden administration will be open to Israel, and the Israelis will respond, in a way we have not seen… in the Netanyahu years.”

“You know where you stand,” he said. “He always has a very good sense of understanding the dynamics of any room that he’s in — an extremely high EQ, that I think is really important, particularly when we’re in really uncharted territory.”

Miller also argued that Biden needs to appoint a consul general to handle relations with the Palestinians, rather than making Nides the primary representative to both the Palestinians and Israelis. Deputy Assistant Secretary for Israeli and Palestinian Affairs in the Bureau of Near Eastern Affairs Hady Amr has been rumored to be the administration’s pick for the post.

Lawmakers and Jewish groups have also been pressuring Biden to nominate an ambassador at large to monitor and combat antisemitism. Blinken said last week that nomination would be coming “very very soon.”