holdup on the hill 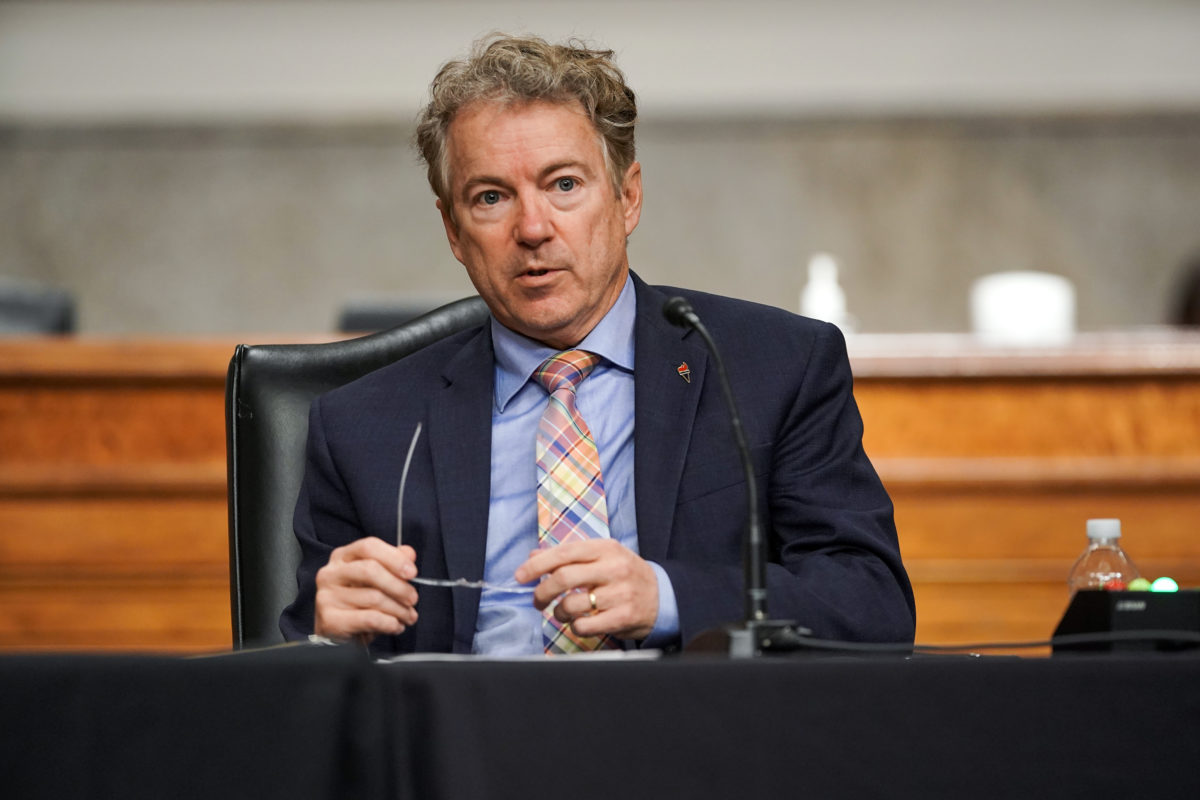 Sen. Rand Paul (R-KY) is complicating efforts by Democratic leaders in the Senate to pass the upper chamber’s version of the $1 billion Iron Dome funding legislation that passed the House of Representatives overwhelmingly last week.

According to a source familiar with the effort, on Wednesday morning Senate Democratic leadership formally launched the “hotline” for the bill, a precursor process to passing legislation by unanimous consent. Senators with objections to the legislation are asked to notify Senate cloakroom staff if they have objections.

Paul — a libertarian who is often skeptical of foreign aid and has attempted to limit security assistance to Israel in the past — is demanding an amendment to pay for the Iron Dome supplement, a congressional source told Jewish Insider. The source described the Paul amendment as a poison pill which would ultimately kill the bill in the Senate.

Speaking to JI on Wednesday, Paul disputed that he was blocking the funding. “We’re offering a funding bill,” Paul said. “We have a unanimous consent request to fund the Iron Dome.”

A Paul spokesperson deflected a follow-up question about what his proposal entailed, and said the senator would have more details to offer later Wednesday, but did not respond to an additional request for comment.

If the unanimous consent request is blocked, a vote on the original bill will likely be delayed by at least several days as the legislation works its way through Senate procedure and floor debate, a source told Jewish Insider. Senate Democrats are also attempting to raise the debt ceiling over strong Republican objections, an issue that is likely to take priority for Senate floor time.

Sen. Chris Murphy (D-CT), who said last week that he wanted to see the additional Iron Dome aid paired with additional aid for Palestinians, told JI he’s still in discussions with leadership about the issue but would not object to the House bill being passed by the Senate in its current form.

“I certainly don’t intend to object,” he said. “My belief continues to be that we should make sure that we fully fund Iron Dome and that we provide substantial relief to Palestinians in particular with the Gaza reconstruction.”

Sen. Ted Cruz (R-TX) who in the past has sought to force Democrats on record regarding arms sales to Israel, said he wants to see the bill passed “through whatever procedural vehicle is effective,” adding, “I hope the Senate acts swiftly.”