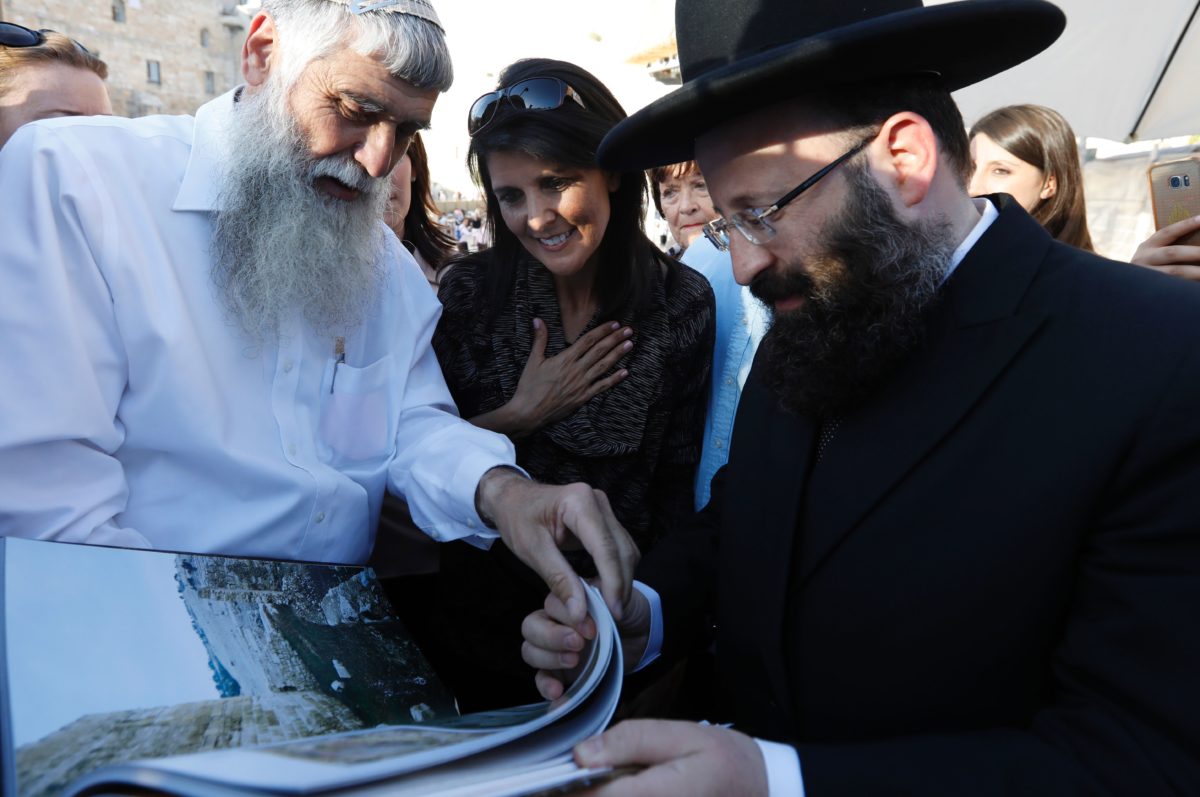 Rabbi Shmuel Rabinowitz (R) shows US Ambassador to the United Nations Nikki Haley (C) photos as she visits the Western Wall, the holiest site where Jews can pray in Jerusalem's Old City on June 7, 2017.

Former U.S. Ambassador to the United Nations and South Carolina Gov. Nikki Haley will speak at an event on antisemitism with Chabad of the Shore in Long Branch, N.J., on July 11.

Haley recently returned from a trip to Israel with a Christians United for Israel delegation. In 2019, she headlined an event hosted by Chabad Jewish Center of Laguna Niguel in Orange County, Calif.

Over the weekend, Haley and her husband were seen socializing with former Senior White House Advisors Jared Kushner and Ivanka Trump at the Kiawah Island Beach Club in South Carolina.

Charles and Seryl Kushner own a summer home in Long Branch and are longtime supporters of Chabad.