Robert Malley being considered for special envoy on Iran 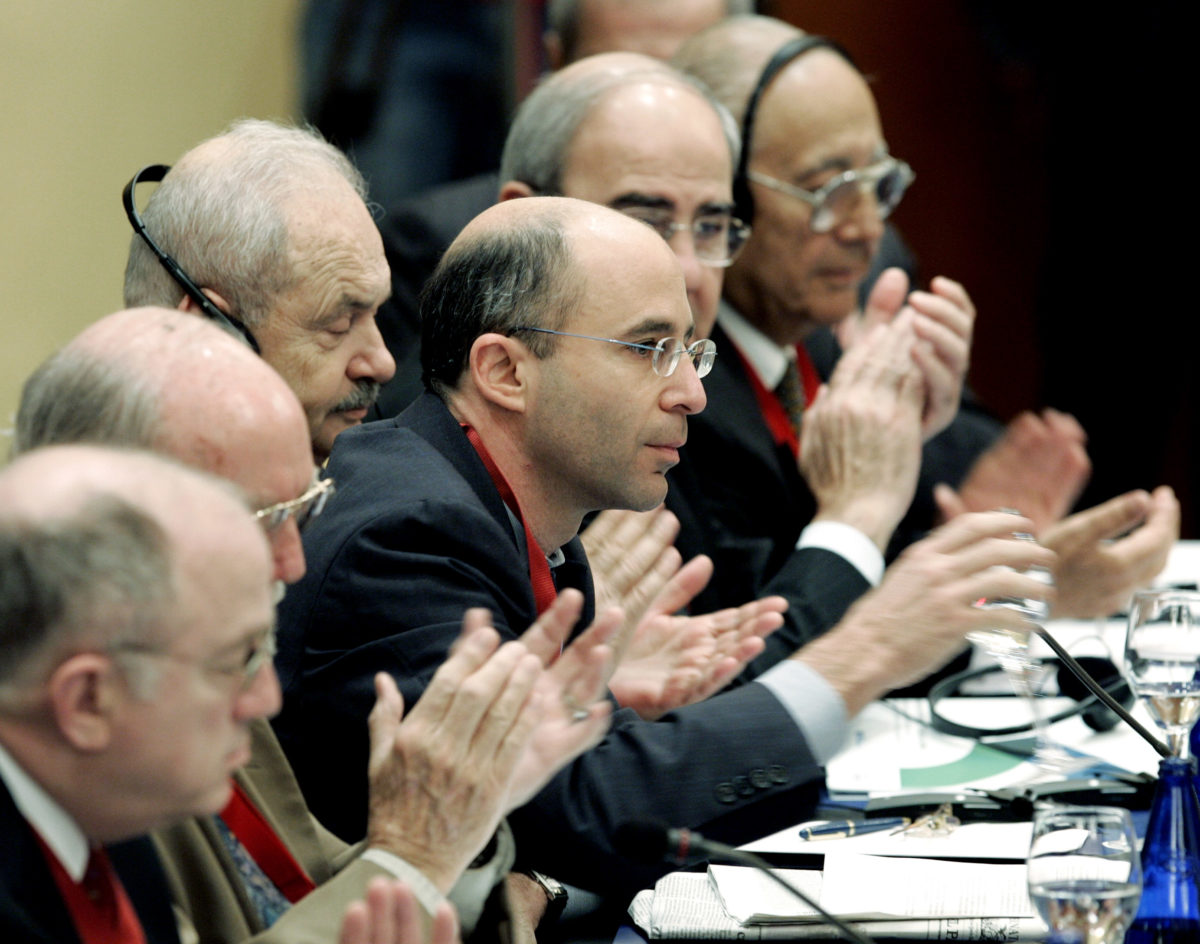 Robert Malley, center, is applauded after delivering a message of support from former U.S. President Bill Clinton during a conference in Madrid, Thursday Jan. 11, 2007.

Robert Malley, who served as a national security official in the Obama administration, is being considered for a position in the Biden administration as special envoy on Iran, sources with knowledge of the plans inform Jewish Insider.

Malley was critical of the targeted killing of top Iranian scientist Mohsen Fakhrizadeh last November, saying that the attack would “make it all the more difficult for [Trump’s] successor to resume diplomacy with Iran.”

After leaving the White House, Malley, who served as special assistant to the president and White House coordinator for the Middle East, North Africa and the Gulf region, served as president and CEO of the Washington, D.C.-based International Crisis Group.

Malley, the son of an Egyptian-born Syrian Jew, met with Iranian Foreign Minister Mohammad Javad Zarif in 2019 while the Iranian official was in New York attending meetings at the United Nations. A Clinton White House veteran, Malley was initially pushed out of Obama’s 2008 campaign following reports that he had met with members of Hamas, but was brought into the administration in March 2014 to serve as a top Middle East advisor.

In the final year of the Obama administration, Malley led the Islamic State portfolio, coordinating Washington’s approach to the terror group.

The potential appointment of Malley comes as members of the Biden transition team have begun to lay out the president-elect’s vision for diplomacy with Iran following the Trump administration’s 2018 withdrawal from the 2015 nuclear agreement.

The Biden transition team declined to comment and noted that they do not presently have any personnel announcements.

A source familiar with the Biden team’s approach on Iran told JI, “The president-elect has said that if Iran resumes strict compliance with the JCPOA, the United States would return to the agreement as a starting point for follow-on negotiations. But Iran is a long way from returning to compliance, and there are many steps in the process to getting there that we will need to evaluate once in office. Our first order of business will be consulting with Congress and our allies on the path forward.”

“Rob and I are close friends,” longtime State Department official Aaron David Miller, who is currently a senior fellow at the Carnegie Endowment for International Peace, told Jewish Insider. “If the reports of the appointment are accurate, it would be a smart move. Nobody knows the issue, the agreement and the region better than Rob Malley. He understands the JCPOA’s strengths and limitations, and more important is very close to both Blinken and Sullivan. It will be a tough go, dealing with Iran and the Israelis. But Malley’s smart and tough enough to handle both.”

Earlier this month, Malley hinted to Axios that returning to the original deal wouldn’t be an easy task, noting that Iranian President Hassan Rouhani is likely to be replaced by a more hardline leader in the upcoming June elections. “It’s probably the kind of thing that’s easier for an outgoing administration to do, since the JCPOA’s not the most popular item in some political circles in Iran,” he said.

On Tuesday afternoon, Blinken testified that the U.S. is “a long way from” Iran returning to compliance with the 2015 agreement. “There is a lot that Iran would need to do to come back into compliance. We would then have to evaluate whether it had actually done so,” he said at the Senate Foreign Relations Committee’s hearing on his nomination.