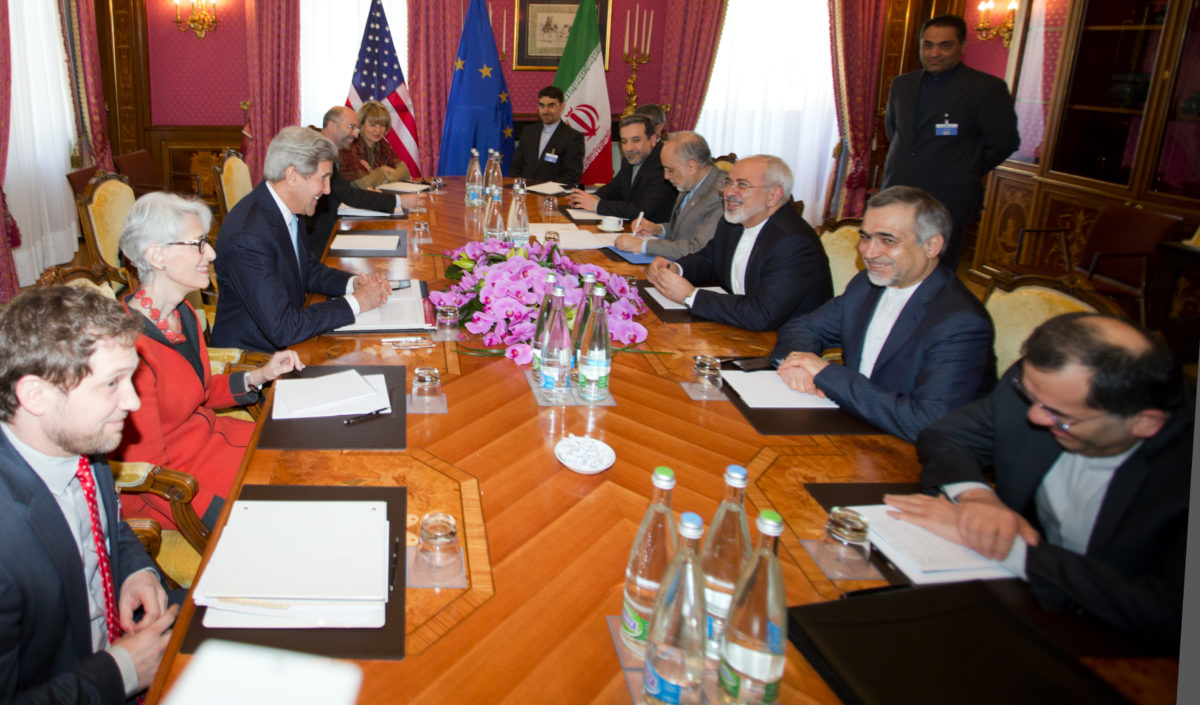 Secretary of State John Kerry continued his meetings in Lausanne with Iranian Foreign Minister Zarif and EU on March 18, 2015, in Lausanne, Switzerland.

Malley is currently the President and CEO of the International Crisis Group in Washington, D.C. He served as the Obama administration point man on the Middle East at the National Security Council (NSC) from 2015.

A spokesperson for the Crisis Group confirmed the meeting, and insisted that the meeting was part of the group’s “regular contacts with all parties, whether it be Iran, the US, Gulf states or European countries.”

Zarif visited New York to attend the annual session of the UN Economic and Social Council (UNOSOC). The State Department granted the Iranian diplomat a visa but limited his movement.

In May, President Trump accused former Secretary of State John Kerry of encouraging the Iranians to rebuff his overtures to negotiate a new nuclear deal.

Trump has said in recent weeks that he prefers talks with Tehran over military action. But on Monday, Trump indicated his patience is running thin. “It’s getting harder for me to make a deal with Iran,” Trump told reporters.

Shapiro added that in such meetings, the former officials should be “at pains to guard against giving Iranian officials the impression that they are an alternative outlet to debate U.S. policy. We have one government and one president at a time.”