Following a tough reelection, the Democratic congressman spoke to JI about his victory and close friendship with the incoming secretary of state 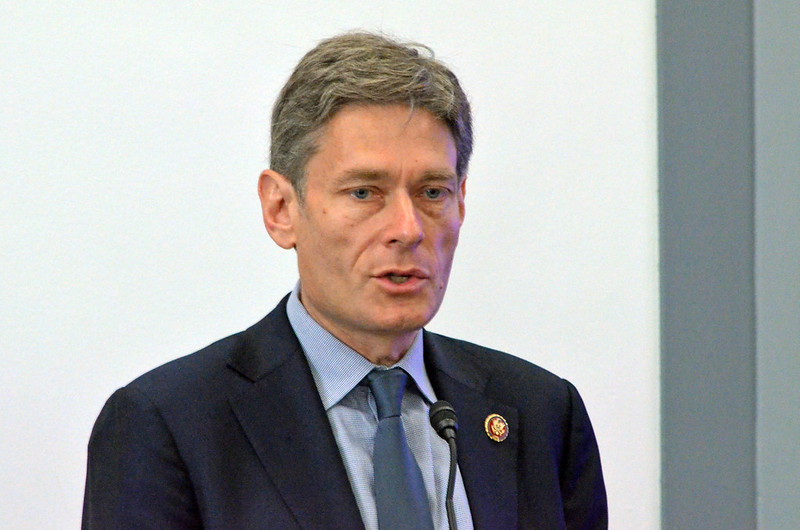 It took just over two weeks for Rep. Tom Malinowski (D-NJ) to be formally declared the winner in New Jersey’s 7th district election. The Associated Press called the race for Malinowski hours after polls closed, but his sizable lead over State Senate Minority Leader Tom Kean, Jr., shrank from 28,000 votes to just 5,314 — a 1% margin — by November 24. The first-term incumbent, who beat longtime incumbent Rep. Leonard Lance (R-NJ) by more than 16,000 votes in 2018 is, nonetheless, satisfied with the win.

In an interview with Jewish Insider on the eve of Thanksgiving, Malinowski sounded relieved. “I had a tougher challenge than many people,” said Malinowski, one of roughly a dozen Democrats reelected in districts that went for President Donald Trump. “[The Republicans] really put up a strong opponent, spent a lot of money. So I feel like we overcame a lot.”

Malinowski is also grateful that during his second term, he will serve both in the House majority and alongside a White House he feels he can work with, opening the door to collaborate on issues important to the New Jersey congressman.

Last week, when reports emerged that Blinken had been nominated to be the country’s top diplomat, Malinowski tweeted a picture of the team after their only championship win, from the the winter of 2005, with the caption, “[Blinken] will be joining the best foreign policy team since this one… which was undefeated!”

“You don’t realize. This is a great honor for you,” Malinowski gleefully bragged in his JI interview. “You are talking to the goalie of the D.C. Jewish community center championship indoor soccer team.”

“We were just awesome. We were just so good,” Malinowski said of his team, which also included former Obama administration officials Robert Malley and Philip Gordon.

Malinowski first met Blinken at the State Department in the Clinton administration during the tenure of former Secretary of State Warren Christopher. Malinowski was Christopher’s speechwriter, while Blinken worked in the European Bureau. In 1994, Blinken left Foggy Bottom to become Clinton’s chief foreign policy speechwriter and director for speechwriting at the National Security Council, a role Malinowski took over four years later.

Malinowski shared with JI that while serving in the Clinton White House, he and Blinken “teamed up” to write “parody versions of famous songs, where we changed the lyrics to make fun of our foreign policy” and “directed a couple of self-parody movies together.” When pressed, Malinowski declined to leak the revised lyrics or share footage of the films — at least not before Blinken’s Senate confirmation.

The two friends later “revived the band” when they served together in the State Department under Obama.

“Tony and I share a sense of humor about the world, a belief that the more serious your job, the more important it is to find some humor in it,” Malinowski explained.

Blinken is “a great diplomat,” Malinowski said of his close friend. “He has the right personality for the job. He will be a good leader for the people at the State Department who have been disparaged and dismissed by the current [Trump] administration.”

“I think this is the first president in my lifetime who is appointing, from my point of view, the perfect person for every job,” Malinowski added, speaking more broadly about Biden’s key administration appointments.

Malinowki said that both Blinken and Jake Sullivan, who was tapped as Biden’s national security advisor, “are strong believers in the idea that American power comes from American principles, and that there has to be a moral component to our foreign policy if we are to advance our interests effectively. They both have a tendency to challenge conventional wisdom. They are comfortable with being challenged by others, and I think they’ll always tell the president what he needs to hear, not just what he wants to hear.”

Even if Republicans maintain control of the Senate following two Georgia runoffs in early January, Malinowski predicted a smooth confirmation process for Biden’s foreign policy team. “I’m sure the Republicans will suddenly rediscover their obligation to conduct oversight now that there’s a Democratic president,” he quipped. “But so far the people Biden has nominated are people who enjoy broad bipartisan respect in Washington.”

The Democratic congressman — who was endorsed for his reelection bid by J Street, the Jewish Democratic Council of America, and Democratic Majority for Israel — sought to reassure supporters of Israel that as the chief diplomat representing the Biden administration, Blinken “is always going to listen” on issues affecting Israel. Malinowski also noted that there are “few leaders in the Democratic Party, or any party, who will be more grounded in a traditional American approach in support for Israel security, who understand more clearly the moral and historical basis for America’s relationship with Israel.”

“And if you come to him with a thoughtful and principled argument, he’s going to hear you out,” Malinowski emphasized, “Tony’s not an ideologue. He’s not insecure in the way I think [Secretary of State Mike] Pompeo was.”

Still, Malinowski cautioned that the Israeli government “has to understand that there are going to be significant changes” in the Biden administration’s approach in the Middle East, particularly toward Saudi Arabia. “I think it would be a very serious mistake for the Israeli government to think that they can somehow shield a guy like [Saudi Crown Prince Mohammed bin Salman] from that change, solely because he has — for pragmatic and self-interest reasons — moved closer to the Israeli perspective on some issues,” Malinowski warned. “This is an administration that is going to care about human rights, for example. It is going to care about the plight of civilians in Yemen. It’s not going to tolerate governments in the Middle East that kidnapped and chopped to pieces journalists,” referencing journalist Jamal Khashoggi, who was killed after entering the Saudi consulate in Istanbul in 2018.

According to Malinowski, the recent secret meeting between bin Salman and Israeli Prime Minister Benjamin Netanyahu “is not an alignment that is in Israel’s medium- to long-term interests.”

“This is the administration that will be very pro-Israel,” he continued, “but that alignment has to be disentangled from our relationship with Gulf states that have been behaving in many ways that are directly contrary to U.S. interests.”