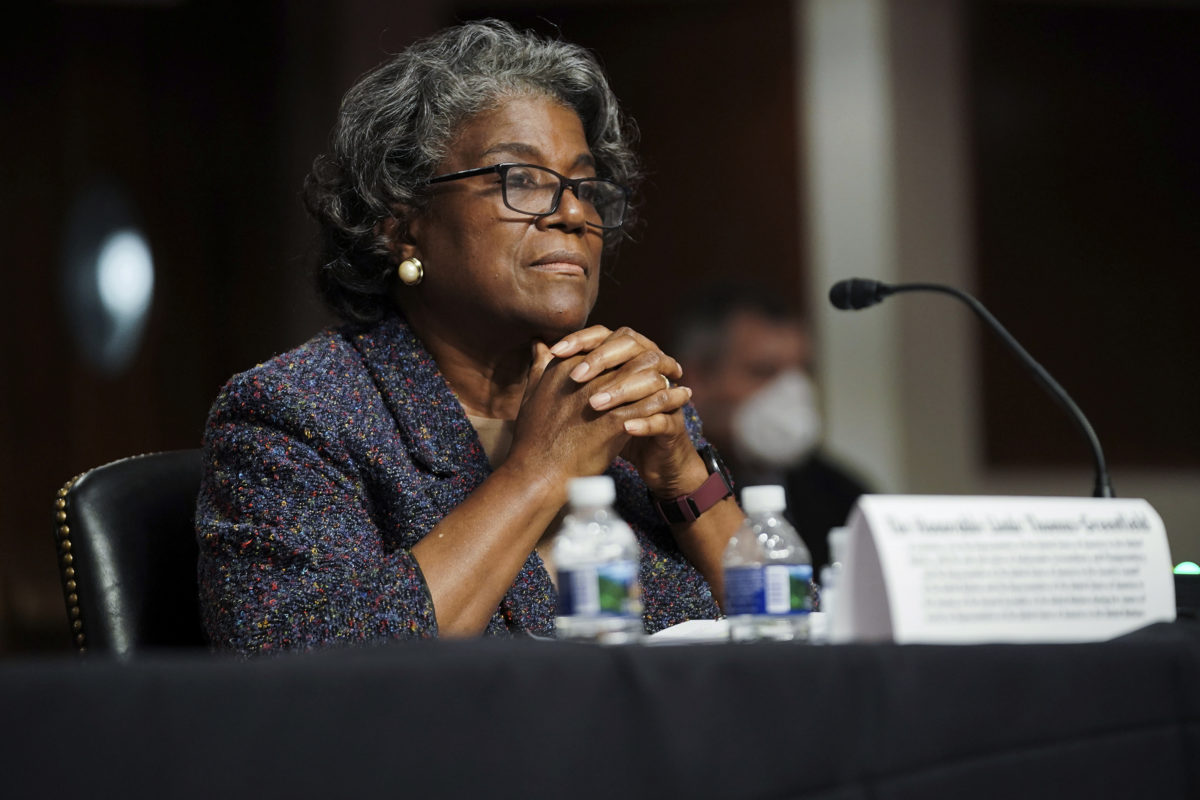 Linda Thomas-Greenfield, President Joe Biden’s pick for ambassador to the United Nations, pledged to stand behind Israel in her role at the U.N. during her Senate Foreign Relations Committee confirmation hearing Wednesday.

In response to a question from Sen. Ben Cardin (D-MD), Greenfield addressed attacks on the Jewish state at the U.N.

“I look forward to standing with Israel, standing against the unfair targeting of Israel, the relentless resolutions that are proposed against Israel unfairly and… look forward to working closely with the Israeli embassy, with the Israeli ambassador to work to bolster Israel’s security and to expand economic opportunities for Israelis and Americans alike and widen the circle of peace,” Thomas-Greenfield said. “It goes without saying that Israel has no closer friend than the United States and I will reflect that in my actions at the United Nations.”

The former assistant secretary of state for African affairs also praised the recent normalization agreements between Israel, Bahrain and the United Arab Emirates, describing them as opportunities for further progress both within the U.N. and around the globe.

“I see the Abraham Accords as offering us an opportunity to work in a different way with the countries who have recognized Israel… We need to push those countries to change their approach at the United Nations. If they’re going to recognize Israel in the Abraham Accords, they need to recognize Israel’s rights at the United Nations,” she said. “I intend to work closely with the Israeli ambassador, with my colleagues across the globe, because this is not just an issue in New York — but also pushing our colleagues to address these issues with their countries bilaterally so that we can get a better recognition of Israel in New York.”

She also condemned the Boycott, Divestment and Sanctions movement.

“I find the actions and the approach that BDS has taken toward Israel unacceptable. It verges on antisemitism,” she said. “It is important that they not be allowed to have a voice at the United Nations.”

Thomas-Greenfield also said she plans to implement a robust approach to thwarting Iran’s nuclear ambitions, with the goal of engaging both U.S. allies and adversaries in countering the Iranian regime.

“We will be working with our allies, our friends, but we also have to work with other members of the Security Council to ensure that we hold Iran accountable,” Thomas-Greenfield said. “As the ambassador to the United Nations, if I’m confirmed, I will work across all of those areas to ensure that we get the support but [also] see where we can find common ground with the Russians and the Chinese to put more pressure on the Iranians to push them back into strict compliance.”

Senators on the Foreign Relations Committee did not raise the issue of U.N. Security Council Resolution 2334, a 2016 measure that declared that Israeli settlements in the Palestinian territories have “no legal validity” and constitute “a flagrant violation under international law.” In a rare step, the U.S. broke with Israel at the time and abstained in the Security Council vote on the resolution. In 2017, 78 senators cosponsored a resolution condemning the resolution.