The former congressman who got a COVID-19 vaccine in Israel

Former Florida Rep. Peter Deutsch said the slow vaccination rollout in the U.S. is ‘messed up’ 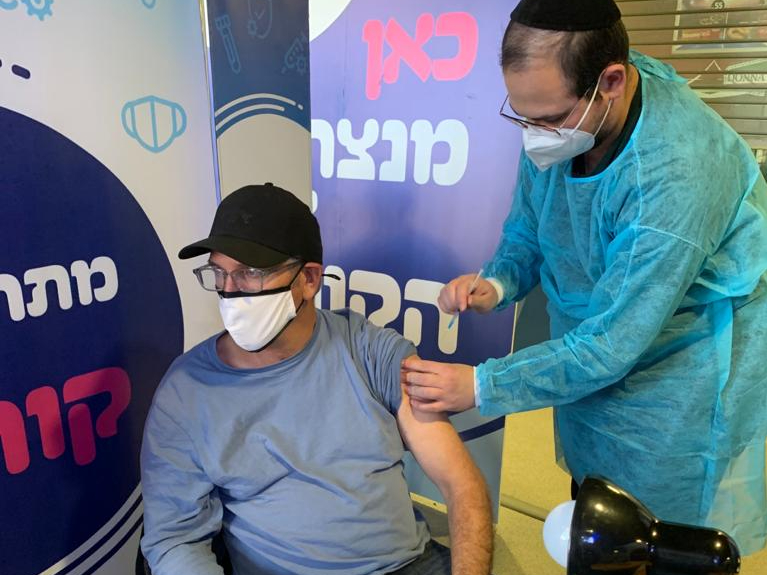 Former Congressman Peter Deutsch (D-FL) was thrilled to receive a particularly hot-ticket item on Tuesday morning in Jerusalem: the second dose of the Pfizer COVID-19 vaccine.

“What’s going on in America versus here is so dramatic,” Deutsch told Jewish Insider a few hours after he received his booster shot. “If I was living in America, I would be getting my vaccine in who knows when.”

Since exiting Congress in 2005, Deutsch, 63, has split his time between Ra’anana and Florida. At least he did until the COVID-19 pandemic hit, grounding him in Israel for more than 10 months — his longest stint in one place for several decades.

Deutsch, who is not an Israeli citizen, signed up with an Israeli HMO last year when he realized he would be in Israel longer than his standard 2-3 week stint. And when vaccine appointments opened up last month to citizens and residents over age 60 — he jumped at the chance.

“We got an appointment — we actually drove to Jerusalem [from Ra’anana] because that was the next available appointment anywhere in the country,” Deutsch said. And three weeks later, he returned to Jerusalem for his second dose at the improvised vaccination station set up in the city’s Pais Arena stadium.

“I’m not a congressman anymore, I didn’t get any special treatment, I just got an efficient government that works — like America used to,” he said. “It highlights how messed up what’s going on in America is. It’s a plague on everyone’s house.”

Israel has already provided the first dose of the COVID-19 vaccine to more than 70% of residents over age 60, and close to one fifth of its total population. With its innovative and rapid rollout, Israel has soared ahead of every other country in the world when it comes to vaccine distribution.

“Americans are saying ‘hey it’s impossible’” to rapidly roll out the vaccine. “But it’s not impossible. It’s being done, really seamlessly” in Israel, Deutsch said. “The contrast [to America] is staggering. And it’s systemic and problematic on so many levels.”

Deutsch, who served as a Democrat in the House for a dozen years, told JI that he has not been in touch with the Biden transition team, but has close ties to many members of the president-elect’s team, including incoming chief of staff Ron Klain.

“I am optimistic that, especially in terms of temperament, that [Biden] literally might be the right person at the right time for the country,” Deutsch said. But when it comes to the Middle East, Biden “has no bigger decision to make than how he’s going to interact with Iran,” said Deutsch, adding: “President Trump, for all of his faults, and clearly there are multiple, did some things that were significant, and hopefully, they’re not going to be reversed.”