Democratic hopeful is also critical of sanctions against North Korean 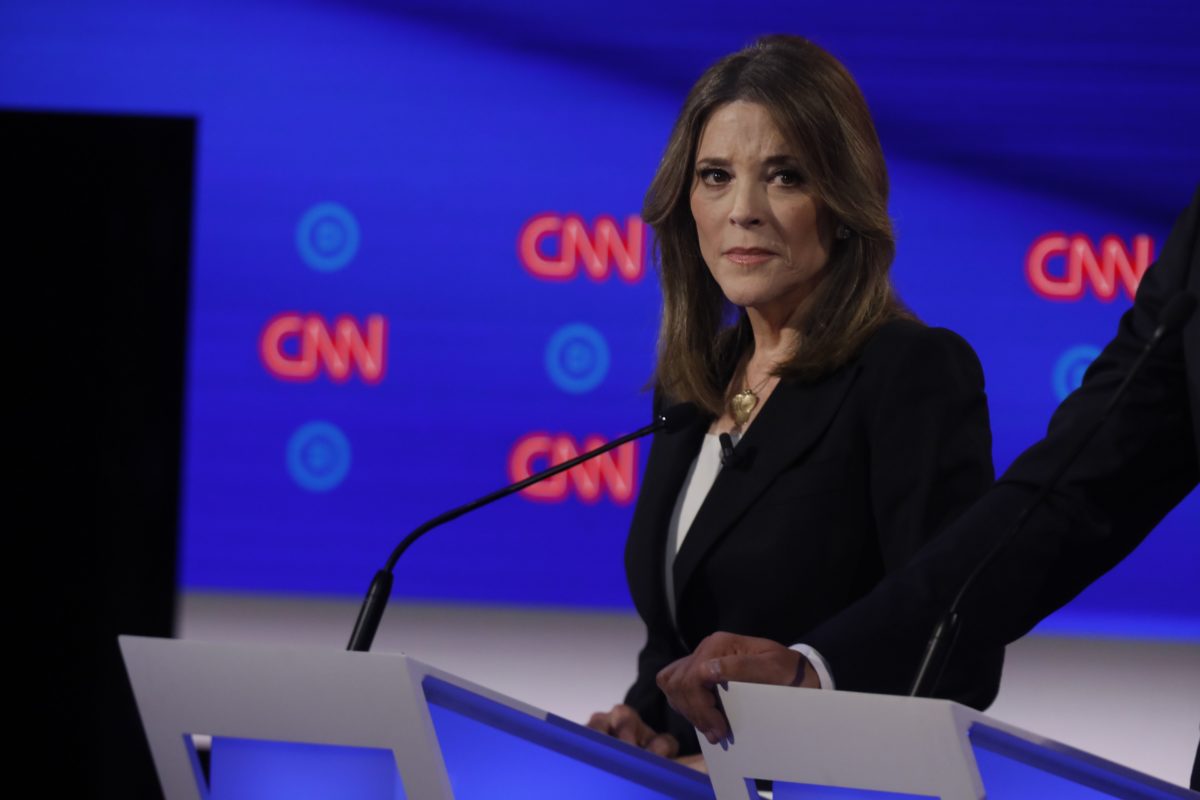 In response to a questionnaire from the Council of Foreign Relations, Democratic presidential presidential candidate Marianne Williamson outlined a uniquely dovish view of foreign policy.

Williamson, an author who is running on the politics of “love,” not only supports re-entering the Iran Nuclear Deal but sees Iran as “a potential ally against Sunni extremism” and insists Saudi Arabia wants to provoke a war with the Iranian regime that they will fight to “the last American.”

She also described nuclear weapons as “a symptom of conflict, fear, insecurity, and a drive to dominate.” The Democratic hopeful has criticized the use of sanctions on North Korea saying that they represent “a form of economic warfare with a high rate of failure.” Williamson said she would not require North Korea to denuclearize prior to a peace agreement to formally end the Korean War. Instead Williamson believes that “negotiating a peace agreement would end the Korean War and ease denuclearization.”

Williamson declared all Israeli settlements in the West Bank are illegal and would rescind President Trump’s recognition of Israeli sovereignty over the Golan Heights although she conceded “I understand the occupation of the Golan Heights, but only until there is a stable government in Syria with whom one can negotiate.” She also advocates for the end of the blockade of Gaza that has been jointly imposed by Israel and Egypt on the region since Hamas took control of the area in 2007. The blockade was imposed to prevent Hamas from using its control of Gaza to launch renewed terror attacks on Israel.

Although Williamson has been lagging much of the Democratic field in recent polls, the Californian was widely considered to have a breakout debate performance on Tuesday night.