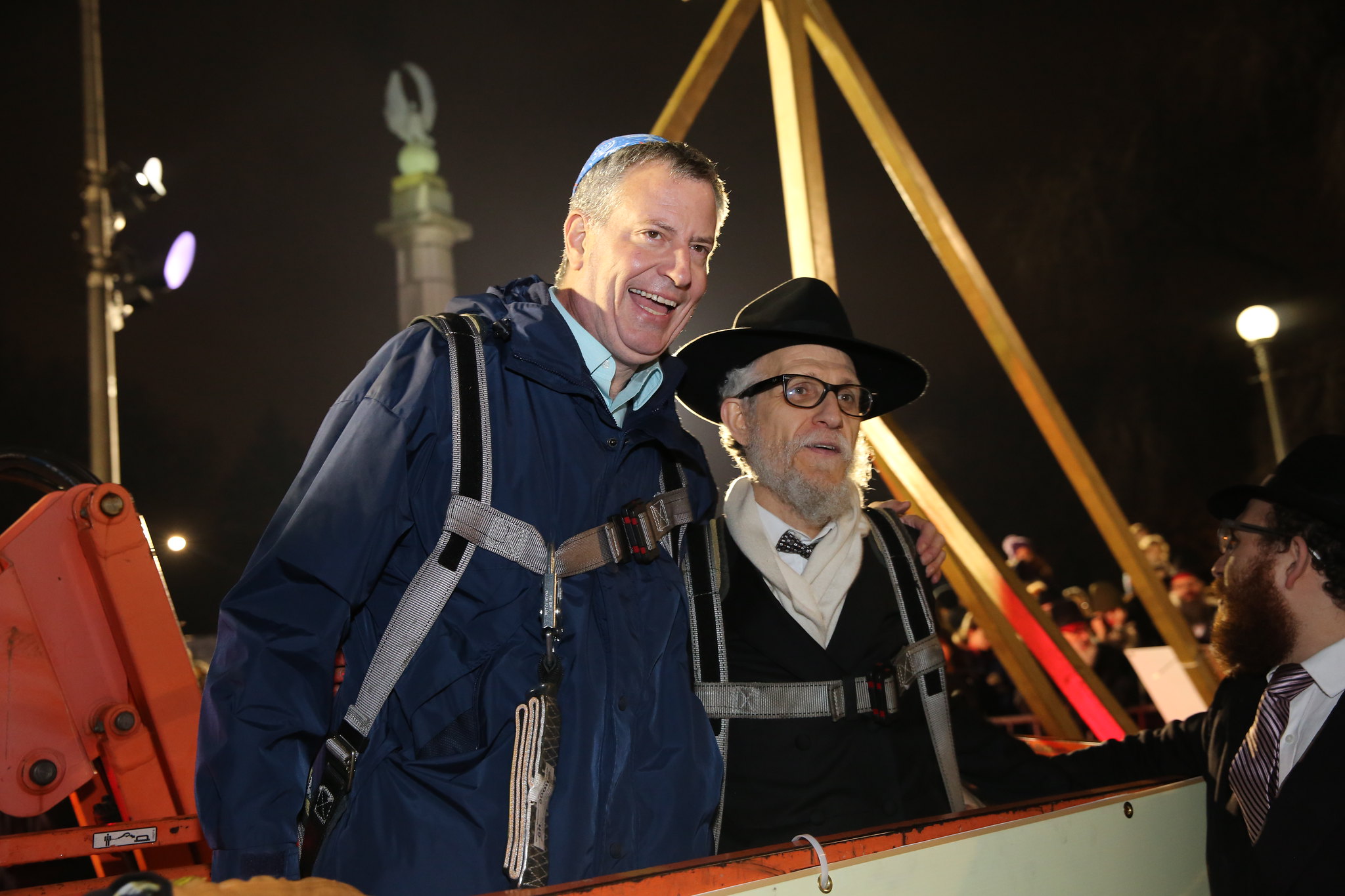 Antisemitic hate crimes in New York City rose 90% in the 2019 period ending June 2, according to data released by the New York Police Department (NYPD) on June 4.

The change, up from 58 incidents in the same period of 2018 to 110, comes amid a continued decline in city-wide crime rates. Overall, hate crimes increased 64%. According to NYPD statistics, antisemitic incidents accounted for 60% of all reported hate crimes.

In a press conference on the report, New York City Mayor Bill de Blasio, alongside New York City Police Commissioner James P. O’Neill, singled out the rise in anti-Jewish hate crimes. “I have to be clear, many, many communities have borne the brunt of hate crimes and we should all be united in challenging all the forces of hatred.” But, de Blasio added, “It is also fair to say in this recent period, the Jewish community has borne the brunt especially”

In November, a report by the Federal Bureau of Investigation found a 37% increase in hate crimes against Jews nationwide. The report followed the Tree of Life attack in October.

De Blasio, a frequent critic of President Trump who announced his candidacy for president two weeks ago, demurred when asked if the tone of national politics affects the rise in hate crimes. Later, the mayor clarified “I think the ideological movement that is antisemitic is the right wing movement.”

At the press conference, de Blasio was joined by leaders of various New York Jewish communities. He emphasized the ongoing work to protect these communities, and referenced NYPD protection of Jewish institutions.

“Right now, what we’re seeing is a very intensive effort by the NYPD to protect houses of worship on a constant basis, and then when we ever see an indication of a problem to mobilize resources very quickly,” the mayor explained.