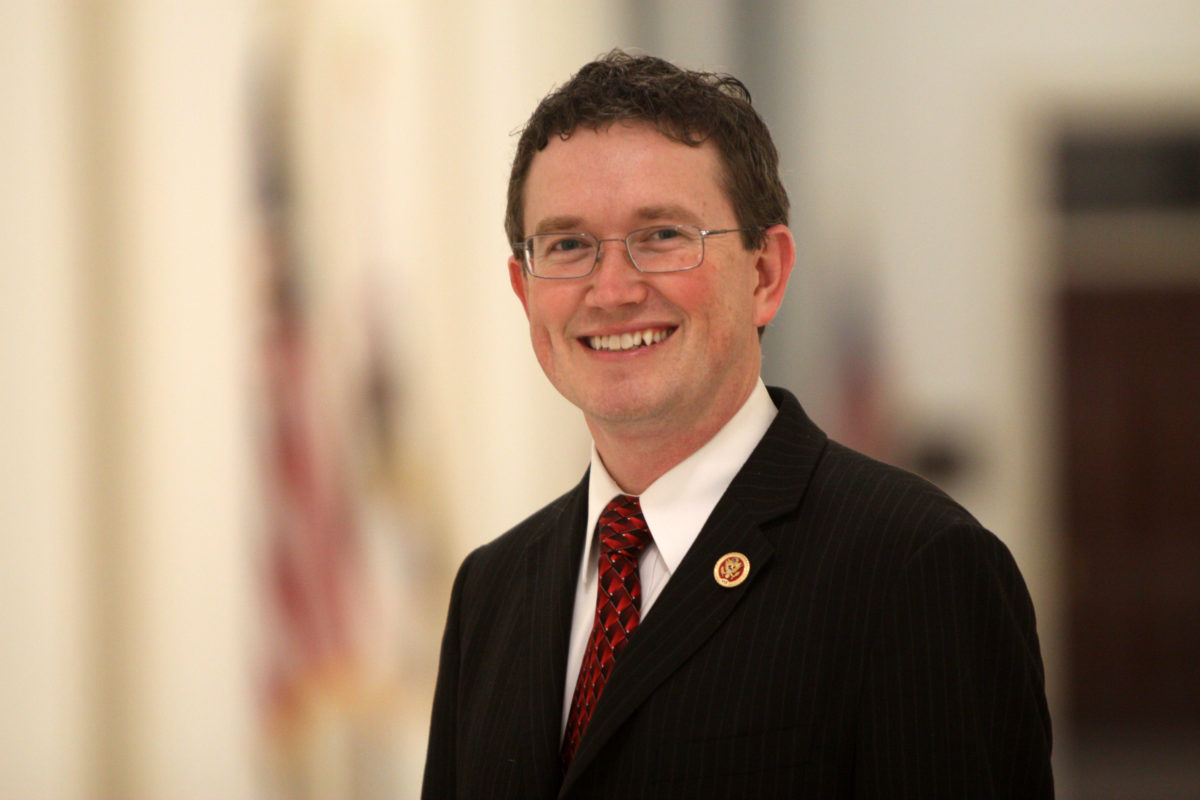 Congressman Thomas Massie outside his Congressional office in the Cannon office building in Washington, D.C.

A group of congressmen are making a bipartisan push to limit the president’s ability to authorize the use of military force against Iran, introducing an amendment on Tuesday that would prohibit the use of federal funds for attacks against the Islamic Republic without the approval of Congress.

Reps. Ro Khanna (D-CA) and Matt Gaetz (R-FL) are joined by 15 Democrats and at least one more Republican, Rep. Andy Biggs (R-AZ) on the amendment, which is set to be attached to the National Defense Authorization Act (NDAA) of 2020 and go to the House floor for debate in July.

Rep. Thomas Massie (R-KY), told Jewish Insider on Tuesday that he supports this effort and may sign on as a co-sponsor. “I am working with Ro Khanna on an amendment and I am generally supportive of this amendment,” he said. “I’m not sure if I’ll be a co-sponsor yet or not, but I support what he’s doing.”

The amendment follows similar efforts by Democrats to counter President Donald Trump’s authority to launch a military strike on Iran.

President Trump called off military strikes on Iran last week at the last minute, after Iran downed an American drone over the Strait of Hormuz. The president instead imposed new economic sanctions yesterday on the Islamic Republic.

Yet Democrats are looking to cut off other options for the president to attack Iran without approval from Congress. Rep. Barbara Lee (D-CA) has introduced an amendment to the NDAA that would repeal the 2002 Authorization for Use of Military Force against Iraq, a law Democrats fear the president could also use to justify an attack the Islamic Republic. Rep. Justin Amash (R-MI), who broke rank with the Republican caucus and called for impeaching the president, is signed on as a co-sponsor.

Rep. Clay Higgins (R-LA), however, said the president showed restraint in his decision to call back military strikes.

“The president has the authority to protect American interests and he has shown great restraint and a calm presence,” Higgins told JI. “I’m a constitutionalist and if I felt that the president exceeded or was postured to exceed his authority as commander in chief, then I would certainly object to that. We have not reached that point.”