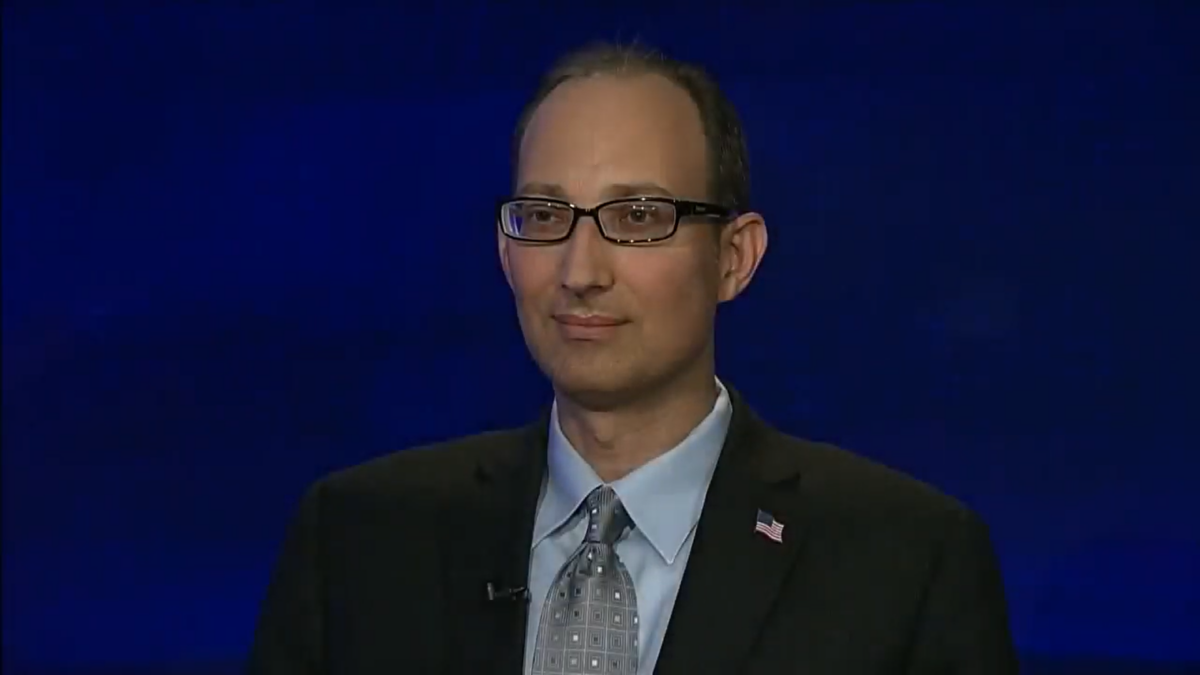 When it comes to the who’s who of Washington, few are in the know like Tevi Troy. A bona fide presidential historian, the New York native has written three books about the nation’s top seat. He has served as deputy secretary of Health and Human Services, was the White House Jewish liaison and a senior adviser under former President George W. Bush and is the founder and former CEO of the American Health Policy Institute. In a conversation on Jewish Insider’s “Limited Liability Podcast,” Troy, who is currently a senior fellow at the Bipartisan Policy Center, spoke with co-hosts Rich Goldberg and Jarrod Bernstein about Israeli Prime Minister-designate Benjamin Netanyahu, America’s COVID-19 response and Iran.

Below are selected portions of the conversation.

Why Israeli Prime Minister-designate Benjamin Netanyahu sought a political comeback: “I think it is this sense of history he had. In one podcast interview that he had, he was asked what he reads by [podcast host] Dan Senor. He said, ‘history books [are] my guide.’ He sees himself as an agent of history and someone who can shape history in ways that others can’t. And that’s one of the reasons why I think he keeps running and doesn’t retire from the scene — even though in the piece I say he could learn from history to go out on top, it’s an important lesson. But he sees himself as someone who is important for the Jewish people, the development of Israeli history, and that other people in the same spot would not be as helpful and would not move things in the right direction. I think that’s why he continues to stay on the scene.”

On the Bibi-Biden dynamic: “You know, about Bill Clinton, they used to say this thing about, ‘you may disagree with him on policy, but he’s pro-Israel in his kishkes,’ and that Obama didn’t pass the kishkes test. I think that Biden may be more in the Clinton camp in that there’s disagreement on policies, but he’s got a kishkes affiliation with Israel, and I think that makes it a little easier in some ways, but that said, there are stark disagreements between the Biden administration’s policies and where Bibi is likely going to want to go. I think he is effective politically at using the Americans as a foil, but you have to be careful, because America is Israel’s most important ally and America provides a lot of assistance to Israel, so it’s a careful line to walk. I think Bibi has largely done it well, although I think that speech to the joint session of Congress certainly hurt him in the views of congressional Democrats, and I think Democrats largely, and I think he would probably not do something like that again in the future, but it’s definitely something that will complicate this next term that he has coming.”

On Republicans and the “Jewish vote”: “When I talk to Republican candidates, I always tell them, don’t expect a majority of the Jewish vote to go Republican. And that’s OK. If you get 40% of the Jewish vote as a Republican, you’re in pretty good shape — I mean DeSantis got over 40%, Lee Zeldin didn’t win that race, but he got over 40%, and those are big deals. Chris Christie, I remember, got about 39%, so how you affect the margins that someone gets within the Jewish community also can have a real impact on the race, as George W. Bush learned in 2004, where he reduced the Democratic margins in Cuyahoga County in Ohio and also in South Florida, and that really helped make a difference. Without those two states, without actually Ohio, he doesn’t become president. So I do think that there is a chance that the Jewish vote could tick upward because of these demographic things we’re talking about, but I will not be advising any Republican candidate in my lifetime to expect a majority of the Jewish vote. That’s just not how to view it.”

On America’s COVID-19 response and the CDC’s shortcomings: “I worked on these issues in the Bush administration. I’ve written a lot about the COVID response, and I look at it more, as opposed to the Biden-Trump response, [as] the U.S. government response. And the U.S. government response was inadequate, and there’s no two ways about it. And we need to do better in the future. We had plans for this, and we had actually three layers of defense for how to deal with these types of diseases, with potential pandemics, and all three layers — which is international monitoring, the ability to track, trace and isolate people who have the disease and the Strategic National Stockpile — all of them failed for a variety of reasons. We need to do better in the future.

“You mentioned, Jarrod, that CDC was sidelined, I’m not sure that CDC was sidelined. I think CDC did a particularly poor job in dealing with this disease. They said that they were going to create the test and they failed and they made a bad test and they couldn’t get past it, and they didn’t let the private sector step in. So CDC really didn’t do a good job, and Rochelle Walensky — also Jewish by the way — when she took over, and she’s Biden’s CDC head, she actually said that CDC didn’t do a good enough job and they need to fix things in the future. I’m not a fan of her reform plan, I think she needs to go deeper, and I think one of the problems is that CDC has evolved into a behavioral health agency, rather than an elite pandemic fighting agency. That means they’re talking more about whether you drink that big soda or whether you wear a helmet when you ride a motorcycle, than how to stop a communicable disease going from person to person. And you can see this in terms of the staffing levels, what their pronouncements are, and their budgetary allocations. So CDC really needs to focus either more on pandemic responses or allow a separate agency to develop that just focuses on this pandemic stuff.”

Lightning Round: Favorite Yiddish word or phrase? “My favorite Yiddish phrase is trep chochma, which means ‘step wisdom.’ That’s when you think of the great retort after you’ve left the room. It’s just this great Yiddish way of expressing this supreme frustration where I had this conversation and I wish I had said ‘x.’ So trep chochma, step wisdom.”

Favorite U.S. president? “I’m gonna have to do two, because my favorite overall U.S. president is Lincoln, which is, you know, a bit of a cliche, but he was amazing and so thoughtful and a great writer and really held the country together at a key moment. The favorite president in my lifetime is Ronald Reagan — great communicator, really helped bring the U.S.-Israel relationship to a good place, especially by making the Republican Party more pro-Israel, but also just a guy who had a vision and moved forward with it and really helped shape the Republican Party in the process.” Favorite Israeli prime minister? “I happen to be a Begin fan, I love what a big reader he was, I love how thoughtful he was…here’s a great story for ‘Limited Liability’ listeners, my father invited Begin to my bar mitzvah and I have a laminated telegram from Begin sending his regrets that he was unable to make it.”