The former prime minister, who is expected to resume power in the coming weeks, made the comments on a new episode of the ‘Call Me Back’ podcast 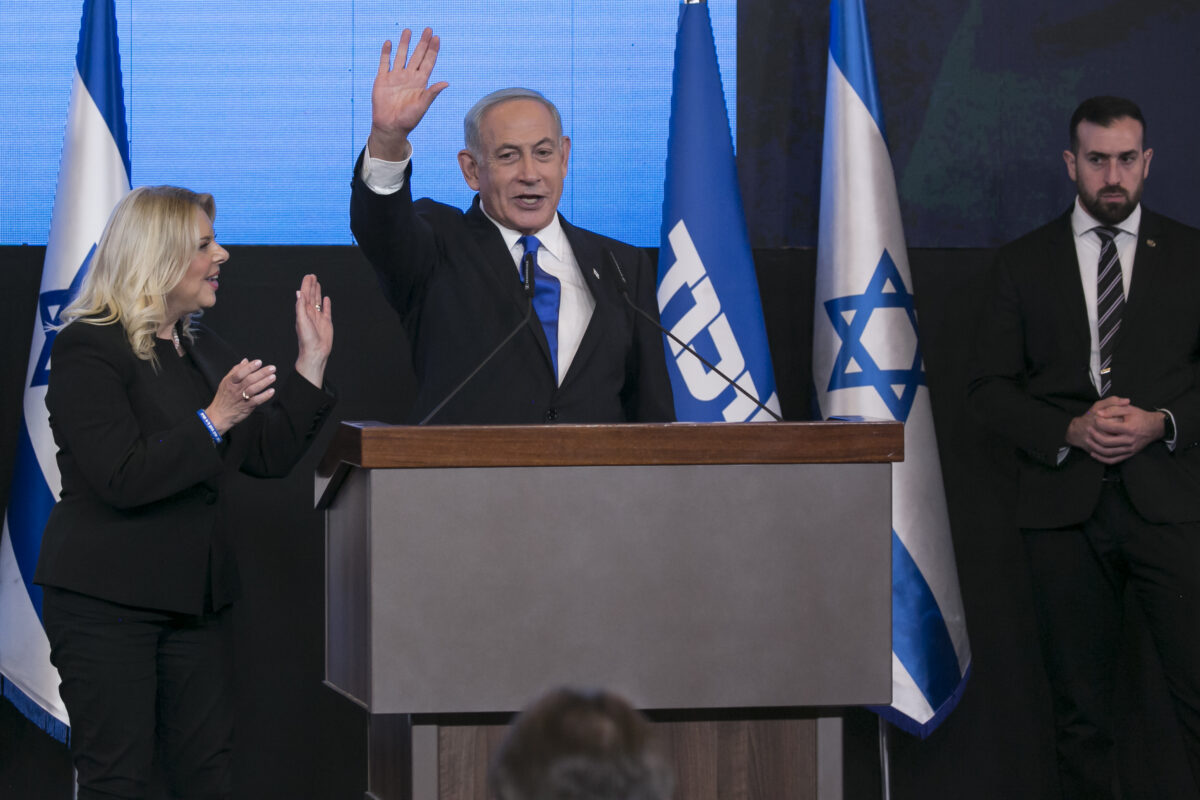 “Understand that the Abraham Accords, the peace treaties that Israel had with four Arab states: the United Arab Emirates, Bahrain, Sudan and Morocco — that didn’t happen without Saudi approval, because at least some of these countries like to know what their big neighbor, Saudi Arabia, is thinking about [the agreements],” Netanyahu, who is likely to head Israel’s next government following elections earlier this month, said. “And I assure you, [Riyadh] wasn’t negative about it.”

Normalization with Saudi Arabia would “open up all sorts of possibilities,” Netanyahu told Senor, the co-author of Start-Up Nation: The Story of Israel’s Economic Miracle. The current opposition leader cited the physical results of such an agreement — ”connecting the Saudi rail system” — as well as the business perks — giving Saudis “direct accessibility to Israeli innovation and technology” — as benefits of a negotiated agreement between Jerusalem and Riyadh.

Netanyahu also addressed his previous government’s coordination with Russia in Syria, where Russian forces are on the ground — and where Israeli military units have often targeted Iranian and Syrian facilities and weapons transfers.

“[Israeli] pilots would literally run into Russian pilots because they were there with their air force. And so they were literally within spitting distance — I mean that, spitting distance — from each other. And we could have had, basically a Russian-Israeli mini-war develop there, which I don’t think would serve our interests, to put it mildly. So I made sure that we coordinated with Russia not to do that.”

But Russia’s invasion of Ukraine has made Netanyahu rethink Israel’s relationship with Moscow. “Russia had a laid-back, a hands-off policy [in Syria], and our freedom of action in the skies over Syria was maintained, that still remains an issue,” he said. “But I look also at the Ukraine tragedy, and I ask myself, ‘What is it that we should be doing and not be doing?’ And that’s one of the first things I’m going to be briefed on and decide how we should manage it.”