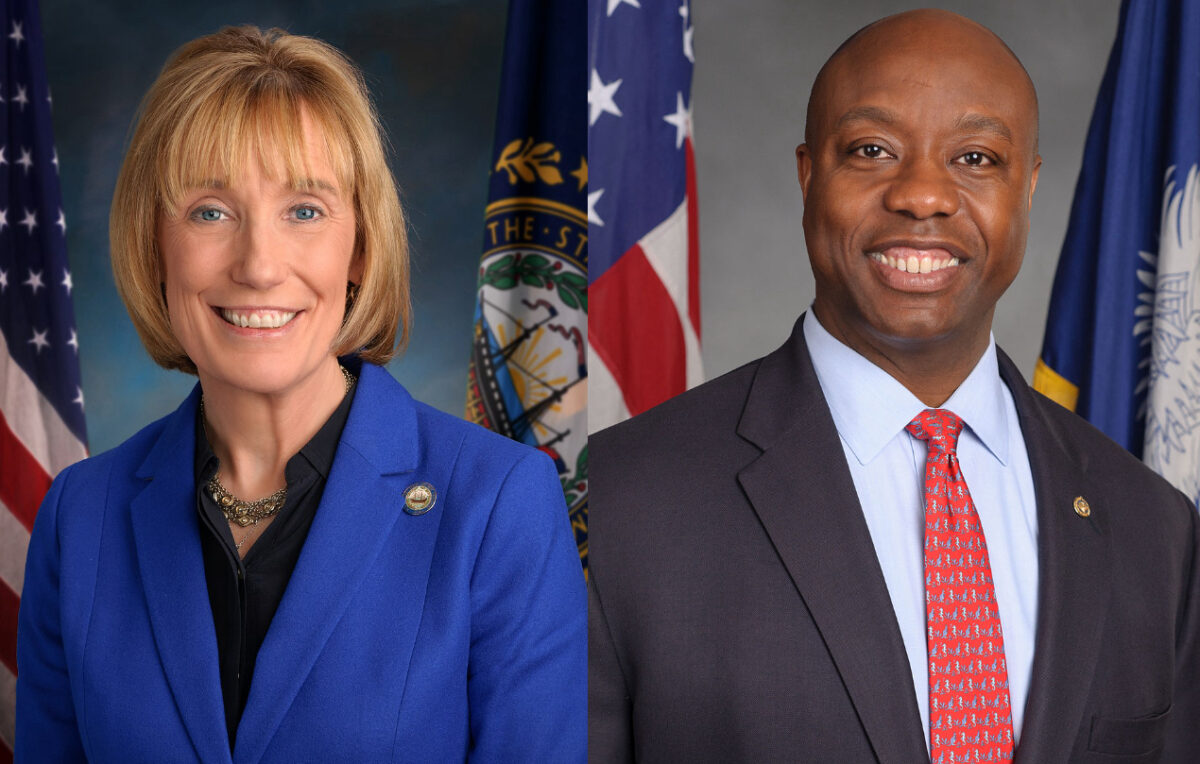 The bill, introduced by Sens. Tim Scott (R-SC), Maggie Hassan (D-NH), Bill Hagerty (R-TN) and Jacky Rosen (D-NV), would extend the restrictions imposed in the Iran Sanctions Act of 1996 beyond 2026, when they are set to expire.

The sanctions in the original bill were set to expire in 2001, and have been extended by Congress numerous times since then. The last 10-year extension passed in 2016.

In statements about the legislation, its sponsors framed it as key to efforts to counter Iran.

“The United States, Israel, and our Arab partners remain concerned about the looming threat that a nuclear Iran poses to the stability of the region,” Scott said in a statement. “U.S. sanctions are a necessary deterrent for this dangerous and unstable regime, which is why my bill will make the cornerstone of sanctions on Iran permanent.”

Rosen argued that the 1996 bill “helped bring Iran to the negotiating table” and said the new legislation “ensures we maintain the full range of our economic and diplomatic tools to prevent Iran from ever acquiring a nuclear weapons capability.”

Hassan called the sanctions “important for restraining Iran’s ability to pursue weapons and technology that threaten our national security and the safety of Israel, our strongest partner in the region.”

Hagerty cited Iran’s nuclear and ballistic missile programs, as well as its support for terrorism, in his statement on the bill.

The bill came as the European Union offered a “final” proposal to the U.S. and Iran last week for a return to the nuclear deal.

The new legislation is being supported by AIPAC and the Foundation for Defense of Democracies’ advocacy arm.

“The message underlying this bill is clear: Congress is clear-eyed about the threat that Iran poses to U.S. national security interests. As the regime in Tehran plots assassinations here in the U.S. and perpetrates terror globally, the bipartisan coalition leading this bill recognizes the need to respond from a position of strength,” FDD Action’s director for congressional relations, Maseh Zarif, told JI. “The Biden administration should also take note: a dangerous deal with Iran that weakens terrorism and other sanctions will meet stiff opposition in Congress and prove fleeting.”