More than 200 House members have called for the aid increase 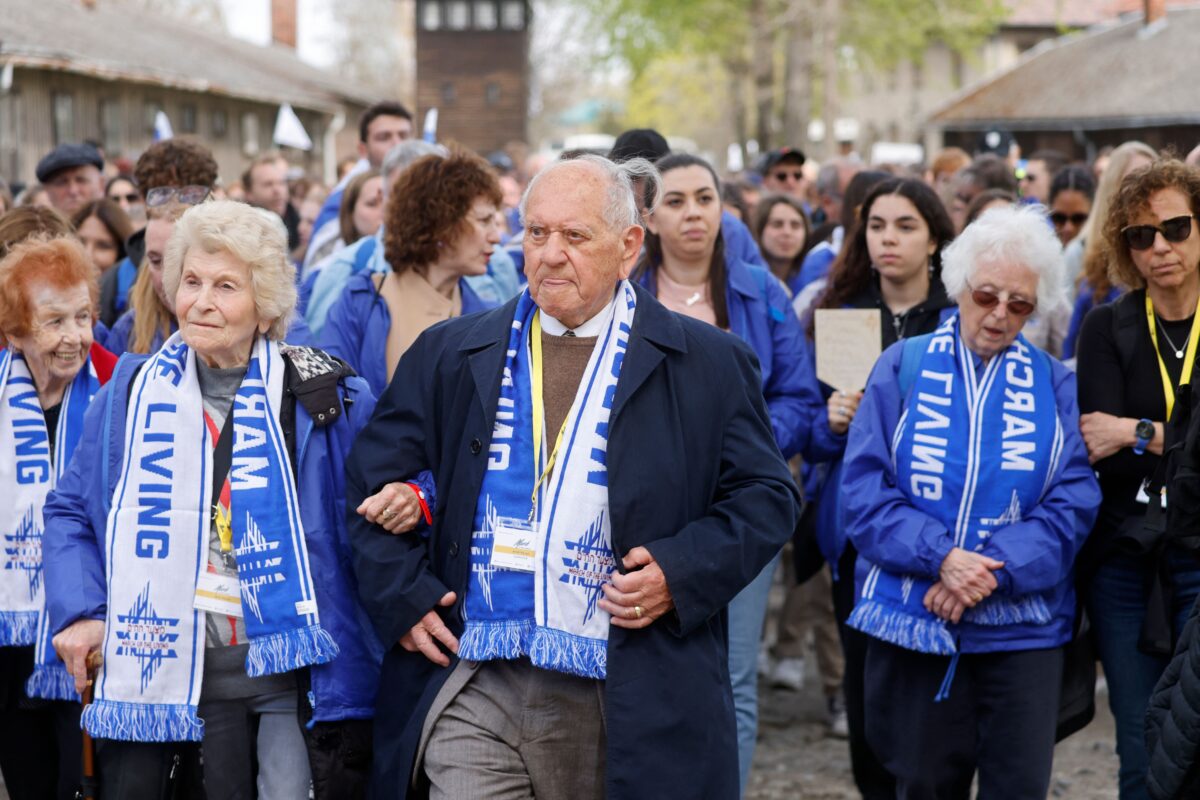 Holocaust survivor Arek Hersh (93, C), Agnes Kaposi (89, 2nd R) and other survivors take part in The March of the Living in honour of the victims of the Holocaust, at the former Auschwitz-Birkenau camp in Oswiecim, Poland on April 28, 2022.

The House Appropriations Committee’s subcommittee on labor, health and human services, and education reiterated its call for a significant funding boost directed toward supporting Holocaust survivors in its draft 2023 funding bill.

The committee proposed $10 million for the Holocaust Survivor Assistance Program, which provides support — including combating isolation and aiding with physical, mental and cognitive health — for aging Holocaust survivors and their families, as well as elderly victims of other traumatic events. The program was funded at $6 million for 2022, despite the House subcommittee having proposed $10 million for the program last year.

There has been significant behind-the-scenes support for increasing funding for the program this year, including letters from bipartisan groups of House and Senate members to the leaders of their chambers’ respective Appropriations panels.

The lawmakers specifically argue that $5 million is necessary to support Holocaust survivors and an additional $5 million would go to further expanding the program’s methodology into other aging services. They also say that the COVID-19 pandemic has made the funding even more necessary.

Forty-nine senators sent a nearly identical letter in May.

“Holocaust survivors in my community, and across America, endured unprecedented inhuman treatment, so their support needs eclipse any of the normal trauma and psychological services our aging population normally requires,” Wasserman Schultz told Jewish Insider. “It will always be a priority for me to provide added funding that makes life easier for these aging Holocaust survivors and their families, along with other aging populations impacted by the traumatic, extreme events that military veterans, first responders, and victims of violence or natural disasters go through. They need special care, and this add[ed] funding can help do that.”

Balderson called the program a “crucial lifeline” for survivors and their families. “These survivors have experienced unthinkable atrocity and serve as a living reminder, for every American, of the need for vigilance in the ongoing fight against anti-Semitism and bigotry,” he told JI.

The assistance program operates as a public-private partnership between the Department of Health and Human Services, The Jewish Federations of North America and local health and service providers.