Keeping up with the Zabars, the family behind the store

With a new book on the iconic store, two scions of the family join 'Limited Liability Podcast.' 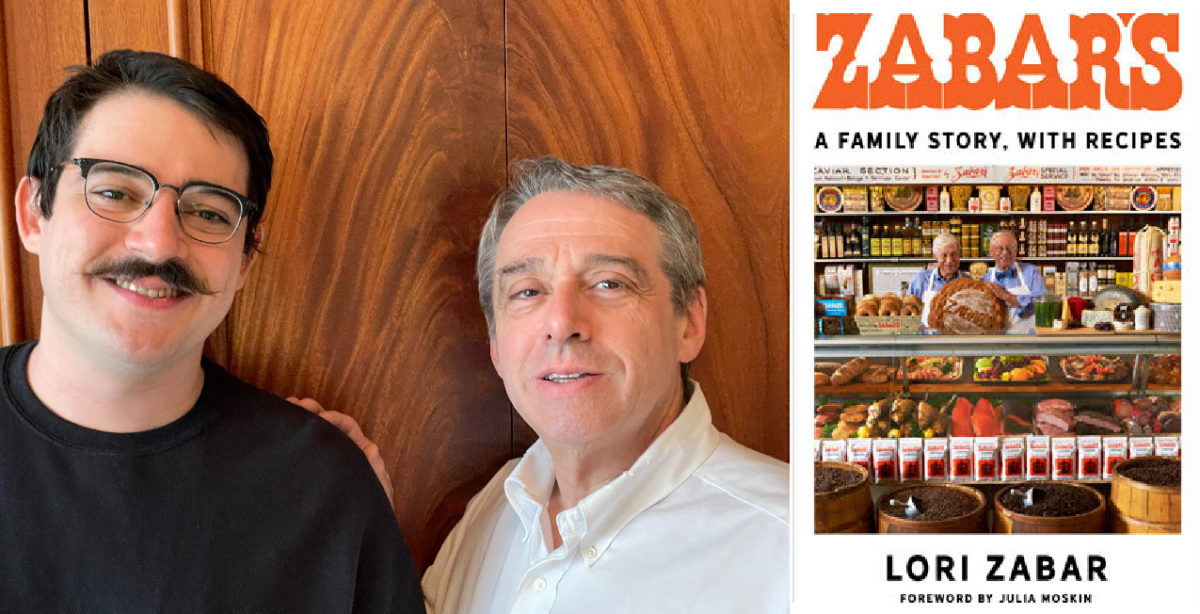 The frenetic pace of New York City provides ample opportunity for mini-empires to rise and fall. But on Manhattan’s Upper West Side, one iconic mainstay has managed to weather it all. Since 1934, Zabar’s has been a focal point for the city’s food culture, helping usher in such groundbreaking revolutions as drip coffee. A new book, Zabar’s: A Family Story with Recipes, chronicles the history of the store and the family behind it.

On this week’s episode of Jewish Insider’s “Limited Liability Podcast,” co-hosts Richard Goldberg and Jarrod Bernstein were joined by David and Willie Zabar, a father-son duo that represents the third and fourth generations of proprietors. The book is a product of the research and writing done by Lori Zabar, David’s sister, who died in February after a five-year battle with cancer.

The original Zabars, Lillian and Louis, came from families in Ukraine with extensive retail experience. Like many Jews, they fled during the pogroms of the 1920s. While much of that story was known to the family, Lori, who spent much of her final years researching the family’s history, uncovered new details.

“A lot of that information, which I really read about for the first time, is family members that were killed in pogroms, and why my grandfather really had to leave town — because he was being pursued because he had fought back,” David explained on the podcast.

“We’ve been at our current location since 1934, but the story actually goes back earlier than that,” Willie said. “So my great-grandparents came over to the United States separately — about 1920 and 1921 — and they had a series of business ventures throughout the city starting in Brooklyn and moving into Manhattan. And eventually they were able to get a concession, get just one part of a store on Broadway between 80th and 81st streets.”

“There’s always been family members involved. All of my children, and my niece and nephews have worked in the store at one point,” David said, adding that, while some have gone on to other careers, “the experience of working here is part of their growing up and livelihood.”

In the Zabar family, exposure to the family business begins as early as high school. “There was this idea that at any given summer, you have to be doing something. If you got a job or an internship; you’re doing a program somewhere else, that’s fine. But if you’re not, you’ve got to be working at the store.” Willie recalled. “At the time, I felt like that was kind of a drag. But looking back, I’m actually really glad to have had that experience.”

The family has also spawned other food ventures, most notably Eli’s and E.A.T., two Upper East Side gourmet stores founded by the youngest son of Lillian and Louis, Eli Zabar.

“[Eli] had better ideas and more exposure to European and other foods and traveled more; he felt like Willie Sutton and Horace Greeley,” David added facetiously, referencing the bank robber and 19th century newspaper editor. “It was ‘go east, young man.’ And he went to the East Side.”

“Eli’s is an empire, Zabar’s is a city-state,” Willie added.

But the city-state has made an impact far beyond its Broadway footprint.

Zabar’s has become a cultural icon, referenced or appearing, as Goldberg and Bernstein recalled, in “You’ve Got Mail,” “The West Wing” and on the House floor during an impeachment debate.

Now, with the release of Zabar’s, the story of the family behind the famous store is gaining new attention.

“I think it is going to make customers feel just much closer to the store and the family knowing more about it,” David said, concluding, “It’s a great way to honor my sister.”