‘The reality is setting in in the House that we need to really think through this and discuss it more,’ Agudath Israel’s Rabbi Abba Cohen said 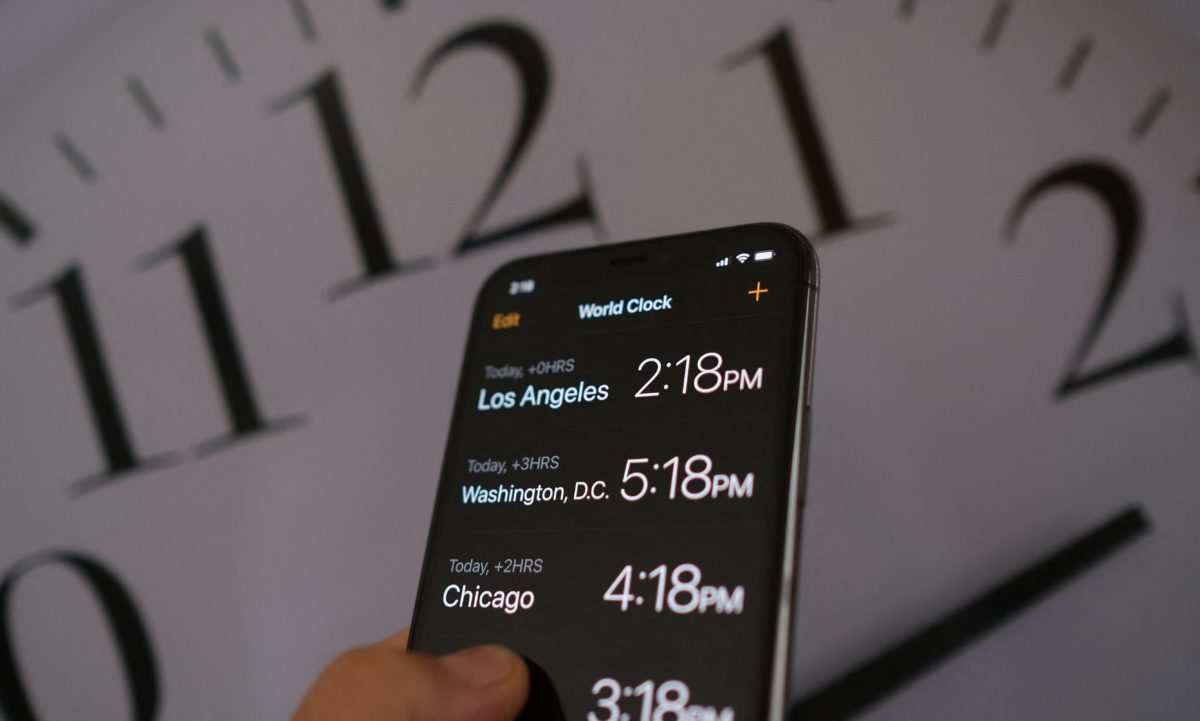 This illustration photo shows a clock in the background of a smartphone showing the time after daylight saving time was implemented in Los Angeles, California, on March 15, 2022.

It’s a race against time for groups representing Orthodox Jews as they work to lobby Congress against making Daylight Saving Time permanent.

The Orthodox Jewish community sprang into action last week following the Senate’s unexpected passage by unanimous consent of a bill eliminating the twice-annual time change, an accomplishment that reportedly even surprised some senators who opposed the legislation.

“We were completely blindsided,” Rabbi Abba Cohen, Agudath Israel of America’s vice president for government affairs, told Jewish Insider. “This has been going on — it has a history already over the years — there should have been more notice and there should have been an opportunity for groups to really weigh in in a serious way and there wasn’t.”

Agudath Israel, the Orthodox Union and the Rabbinical Council of America sent letters in recent days to House leadership raising concerns about the legislation, arguing that it would force young children to travel to school in the dark and also make it difficult, if not impossible, for many Orthodox Jews to attend morning prayers prior to going to work at some points of the year. The OU and RCA also argue that the shift would have long-term negative health impacts on all Americans.

“From my perspective, the primary reason why it has not passed in prior efforts had a lot to do with opposition from the airline industry,” Nathan Diament, executive director of the Orthodox Union Advocacy Center, told JI. “They seem to have dropped their opposition at this point. So that’s changed the dynamic a little bit.”

Cohen and Diament said the House has already appeared to slow down on the legislation, following initial speculation that the lower chamber might seek to fast-track the legislation as well.

“I think the reality is setting in in the House that we need to really think through this and discuss it more,” Cohen said. “It’s basically a different reality even just a few days later.”

“Where it’ll go in the next several months is still not clear,” Diament added.

Cohen recounted that a previous push to address time changes around 2005 was defeated by a coalition including Orthodox Jewish groups, farmers, school groups and transportation groups.

“I think if we can form that coalition and get to that bottom line and educate people in the House, I think we can turn it around,” Cohen said, adding that he believes the new legislation can still be defeated. “There’s an effort right now on the Hill to find the allies that existed years ago and rebuild the coalition. So I know that effort is underway.”

Cohen also said he has heard from senators upset about the bill’s rapid passage, who he has urged to find aligned outside groups and lobby their states’ House delegations.

Cohen said Agudath Israel expressed concerns about the legislation to Sen. Marco Rubio (R-FL) — the lead sponsor — when he first introduced it last year, but said he never heard back.

Asked for comment, a Rubio spokesperson referred JI to a floor speech following the bill’s Senate passage, in which Rubio argued that “strong science” indicates that switching times leads to greater heart attacks and car and pedestrian accidents, as well as increased child obesity, and restricts childrens’ outdoor play time.

The spokesperson was unsure if Rubio’s staff was aware of the Agudath memo.

The U.S. experimented with eliminating time changes in the 1970s, but the move was widely unpopular and was rolled back. Cohen said he heard in 2005 from people who had dealt with the previous experiment.

Observant Jews, he said, were forced to either find ways to pray at work or ask their supervisors to allow them to arrive at work an hour late. The experience “was not a pleasant situation, it did not create a comfortable atmosphere,” Cohen said. “Nobody wanted to go back to that reality.”