The founder of the Art of Wishes Gala, which benefits Make-A-Wish UK, elevates modern art to benefit critically children 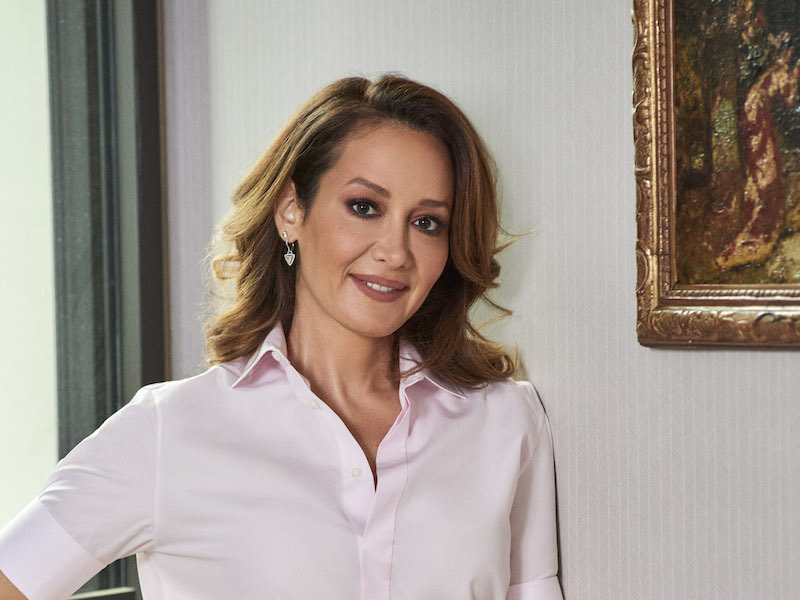 The article first appeared in eJewishPhilanthropy.

Fundraising takes artistry. In the case of Batia Ofer, that has included commissioning and curating artworks by underrepresented and emerging artists, which are then auctioned to benefit Make-A-Wish UK, the organization that grants the wishes of critically ill children.

The auctions take place at a biannual London event called the Art of Wishes Gala. The most recent gala, in October 2021, drew 400 guests to London’s Natural History Museum and was hosted by British comedian David Walliams. It featured an exclusive performance by the West End cast of the musical “The Lion King” and raised about $4.4 million.

“The primary goal of our events is to raise as much money to grant as many wishes as possible,” Ofer, the founder of Art of Wishes and herself a prolific art collector, told eJewishPhilanthropy. In 2021, Ofer and her husband Idan, an Israeli billionaire businessman and philanthropist, were listed by ARTnews magazine among the Top 200 art collectors in the world.

“More than 63,000 children in the U.K. have been diagnosed with a critical condition in the past year, changing their lives and the lives of their families forever,” she said. “For them, the joy of childhood is brought to an abrupt end with treatment plans, hospital visits and sleepless nights taking over. The power of a wish can revive a childhood stolen by a critical illness.”

Ofer’s connection with Make-A-Wish began in Israel, following the death of her sister Sharon at age 26. “I wanted to do more to support those facing critical illnesses,” she said. “My own personal loss made me realize the power of fulfilling a wish for both children and their families. I recall the first Make-A-Wish event I attended shortly after her passing, [when] a 4-year-old boy, who was the same age as my daughter at the time, asked for a computer, and I felt compelled to grant his wish.”

Ofer subsequently became involved with Friends of Make-A-Wish Israel and a few years later became the organization’s honorary president. During her time with Make-A-Wish Israel, she raised approximately $4.5 million. Upon moving to the U.K. in 2013, she said, “it was a natural transition for me to start helping children in the community I live in.”

She launched Art of Wishes in 2017 and has raised $11.1 million to date, bringing together “my global network of artists, gallerists and collectors to host auctions of unique artworks and experiences,” she said. The gala is always held in collaboration with one of the world’s most prestigious auction houses (Phillip’s in 2019, Sotheby’s in 2021 and, she hopes, Christie’s in 2023) and is hosted in some of London’s most famous institutions.

“The event provides a thoughtful moment for guests to engage with the work of Make-A-Wish and for artists to donate works to support Wish Children across the U.K.,” she said. “The auction is not facilitated by blind donations, but [is] instead curated with a finger on the pulse of the modern art world.”

Make-A-Wish asks each artist whose pieces are up for auction to create  or donate a piece of work inspired by the wishes of seriously ill children. At last year’s gala, Ofer said, the 19 works of art were “curated in such a way to touch on current social issues and reflect on the world we live in.”

“It was important for me to take a stand against racism and xenophobia and as such, we included works that reflected these issues such as a signed racing suit donated by [British racecar driver] Lewis Hamilton, who is a prominent figure in the fight for social justice,” she said. Some of the other works reflecting on such issues, she said, included Otis Kwame Kye Quaicoe’s “Rancher,” which features a Black cowgirl, and Rashid Johnson’s “Untitled Anxious Red,” which evokes the chaos of the pandemic. Last year’s auction was also the first to sell an NFT, or non-fungible token, donated by Brendan Dawes, an artist whose work involves data.

“The artists involved felt privileged and deeply moved to be in such a position to help children facing such adversities,” she said. “Some even asked to visit Make-A-Wish’s head office in Reading, together with their families, so they could be more familiar with the work of the charity.”

Although Ofer lives in the U.K., her philanthropy is not limited by geography. In Israel, she and her husband founded The Idan and Batia Ofer Family Foundation to address social issues through projects in the fields of health, education, welfare, art and culture, with a particular focus on children.

“I believe that every human should feel safe and secure in life, and even more so when it comes to children,” she said, adding that the foundation supports hospitals, has helped support Holocaust survivors in Israel, funded work on behalf of homeless teenagers who are estranged from their families and championed projects that promote scientific education among children.

Through her work and experience, Ofer has come to keenly understand the impact a wish can have on critically ill children. In one case, she said, a 12-year-old named Younas, diagnosed with a rare form of cancer, had originally wished to go to New York. While receiving chemotherapy, he watched a documentary about how people in Africa had to walk many miles to access water; he called the Make-A-Wish team and said he now wished to build a well in Africa. Together with the Make-A-Wish team, Younas managed to raise enough money to build three wells in the Gambian village of Fala.

In another instance she recalled, a 12-year-old named Jakob was diagnosed with a rare type of bone cancer, resulting in five operations and a titanium-reinforced left arm. Although his movement was restricted, he was passionate about the guitar and determined to continue playing. Jakob’s wish was to have a custom-made guitar, and a second guitar that he could raffle off, donating all the proceeds to the charity.

“The satisfaction of giving is highly enriching and fulfilling,” Ofer said. “Tzedakah is an important value in the Jewish world. I feel it is much more than a financial transaction: it’s a spiritual form of giving, coming from one’s heart.”