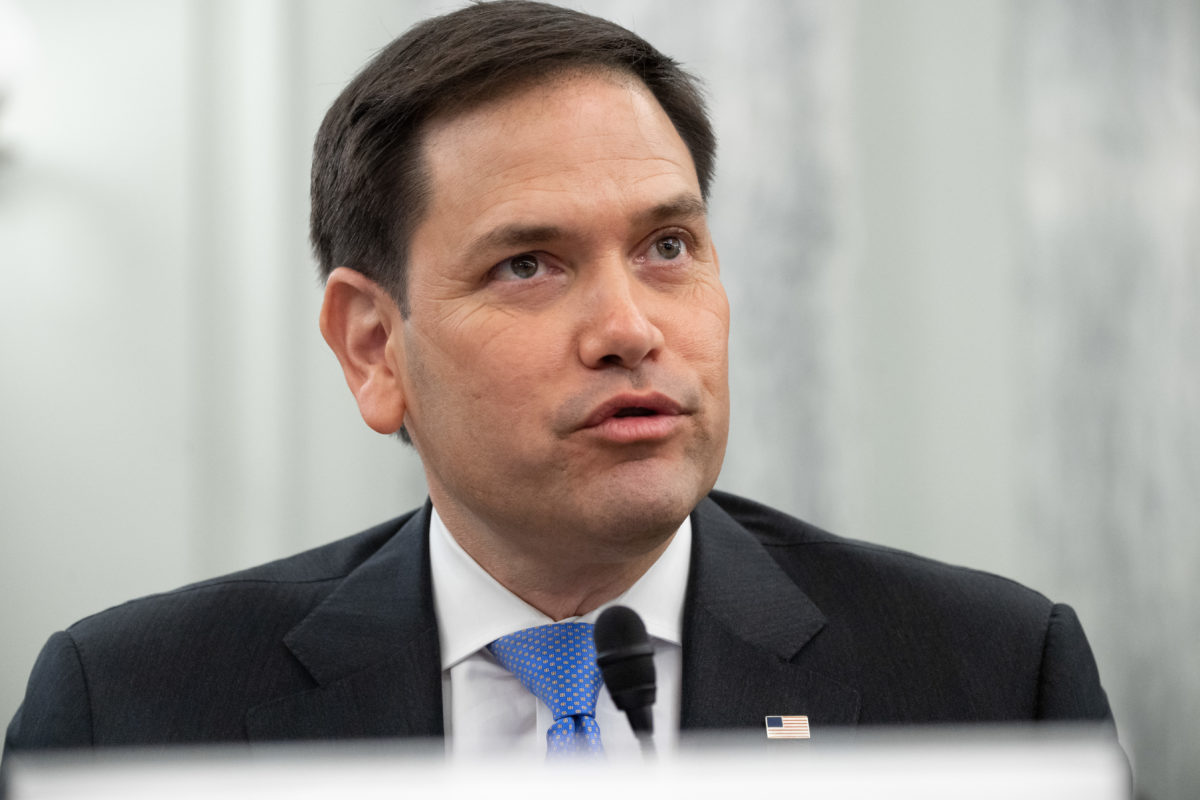 Sen. Marco Rubio (R-FL) introduces former US Senator Bill Nelson, nominee to be administrator of NASA, at a Senate Committee on Commerce, Science, and Transportation confirmation hearing on Capitol Hill on April 21, 2021 in Washington, D.C.

Following a classified briefing from the Biden administration on Wednesday morning, members of the Senate Foreign Relations Committee painted a worrisome picture of Iran’s rapidly advancing nuclear program and unclear prospects for how close or achievable a deal might be.

“I think a deal is in sight, but only if you really squint,” Sen. Chris Murphy (D-CT), one of the Senate’s most vocal supporters of the 2015 Joint Comprehensive Plan of Action (JCPOA), told Jewish Insider. “There’s significant gaps between the two sides. It’s not [that] they can’t be closed, but every day that goes by and they’re not is not great for the chances of success.”

Sen. Bob Menendez (D-NJ), the chair of the Senate Foreign Relations Committee and one of the upper chamber’s few Democratic JCPOA opponents, said that it is “possible [but] becoming increasingly difficult” to reenter the agreement because “the window is closing and closing rapidly.” He added that “it’s an open question” if the administration believes it is close to a deal with Iran.

Rep. Andy Levin (D-MI), who recently participated in a similar briefing for House Foreign Affairs Committee members, told JI that the administration offered “a very precise understanding” of how close they are to a deal, which he said he could not disclose given the classified nature of the briefing.

Senators on both sides of the aisle offered dire warnings about the current status of Iran’s nuclear program.

“The assessment of where the program — where Iran’s nuclear program is right now — is downright scary,” Murphy said, adding that Iran’s current breakout time is around eight weeks and “that time is getting smaller, not bigger, every single day.”

Sen. Ed Markey (D-MA) said that the briefing “laid out how aggressive Iran has been in the reactivation of their uranium enrichment program and how close they are now to actually being able to have enough material for a bomb” and “a sense of the increasing danger that is being caused by the Iran nuclear agreement.”

Murphy declined to share the administration’s timeline for potentially walking away from the talks, which was discussed in the briefing. He added that the administration has been involved in daily discussions with Israeli counterparts.

“And I don’t know how anybody could walk away from that briefing thinking to himself, ‘We’re going to do better by just continuing this escalatory pattern of sanction and sabotage efforts and assassination,’” Murphy said.

Levin said that the administration has a “clear sense of the timeline” for when they should potentially pull out of the talks.

Markey said that the briefing gave “a sense of the need to negotiate to roll back the program for months, to be able to give more of a safeguard to a breakout.”

Menendez, who gave an hourlong speech on the Senate floor last week lambasting the JCPOA as insufficient to ward off Iranian nuclear ambitions, said that “if all [the administration is] faced with is a bad deal, they should walk away.”

Rubio argued, “I don’t think a good deal is in sight because the only deal with Iran… appears to be one that would freeze in place the gains they’ve already made, and that would be dangerous for the world.”