The Democratic senator expressed disappointment with the Biden administration, questioning ‘what exactly are we trying to salvage?’ 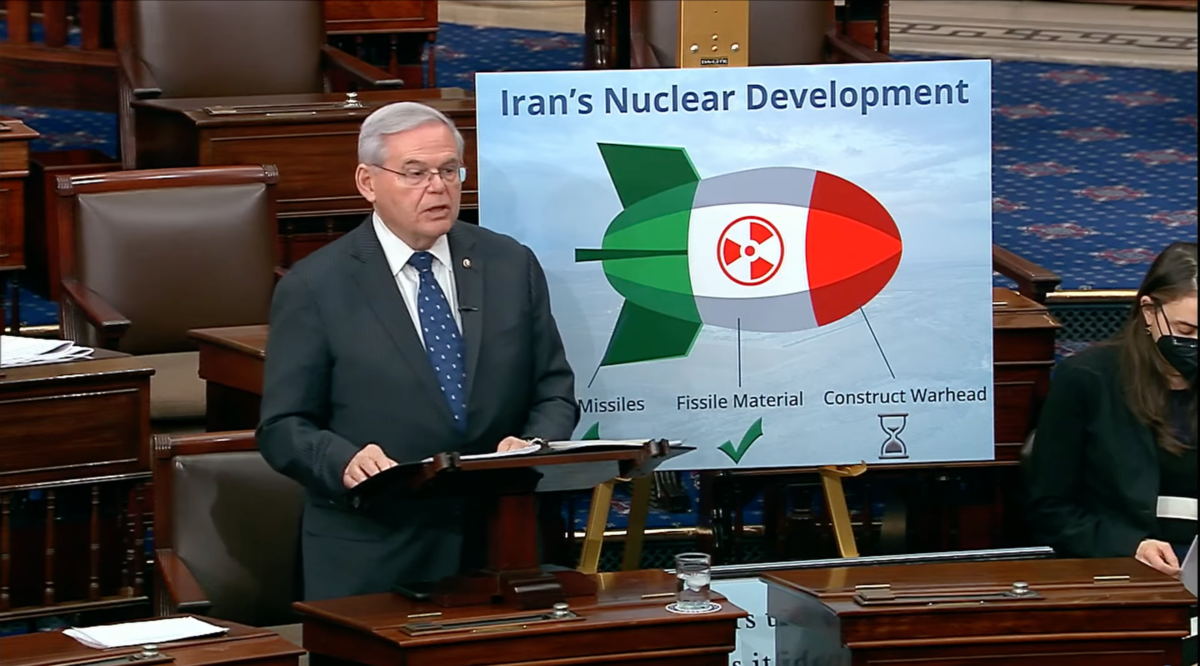 Speaking for nearly an hour on the Senate floor on Tuesday evening, Sen. Bob Menendez (D-NJ) warned that Iran is dangerously close to acquiring a nuclear weapon and argued that current talks to re-enter the 2015 Iran nuclear deal are ineffectual and insufficient.

Menendez, the top Democrat on the Senate Foreign Relations Committee, has long been a critic of the 2015 Joint Comprehensive Plan of Action and argued early in President Joe Biden’s term in favor of pursuing a further-reaching deal instead of re-entering the original 2015 agreement.

Menendez questioned the utility of reentering the JCPOA given that some of the sunset provisions involved in the original agreement are set to expire next year and the arms embargo on Iran has already expired.

“At this point, we seriously have to ask ‘what exactly are we trying to salvage?’” he said, adding that some of the JCPOA’s proponents “are holding on… for nostalgia’s sake.”

Administration officials have said for months that indirect talks between the U.S. and Iran in Vienna are nearing a critical end stage, and The New York Times reported on Monday that the parties “appear on the cusp of restoring the deal.”

The New Jersey senator argued that many of his concerns about the original deal have come to pass, with Iran preserving most of its nuclear infrastructure, blocking international inspections of its nuclear program and continuing to advance other malign activities in the Middle East.

“I ask why we would try to simply go back to the JCPOA — a deal that was not sufficient in the first place — and still doesn’t address some of the most serious national security concerns we have?” he said.

Menendez said he was initially “cautiously optimistic” about the Biden administration’s negotiations with Iran, particularly its repeated pledges to pursue a “longer and stronger” agreement, but made the case that the administration has not followed through.

“A year later, I have yet to hear any parameters of ‘longer’ or ‘stronger’ terms or whether that is even a feasible prospect,” he said. “And even when it seemed a constructive agreement might be possible last summer, upon taking office, the Raisi government abandoned all previous understandings and, as I mentioned, made absolutely clear that Iran’s ballistic missiles and regional proxy networks are ‘not negotiable.’”