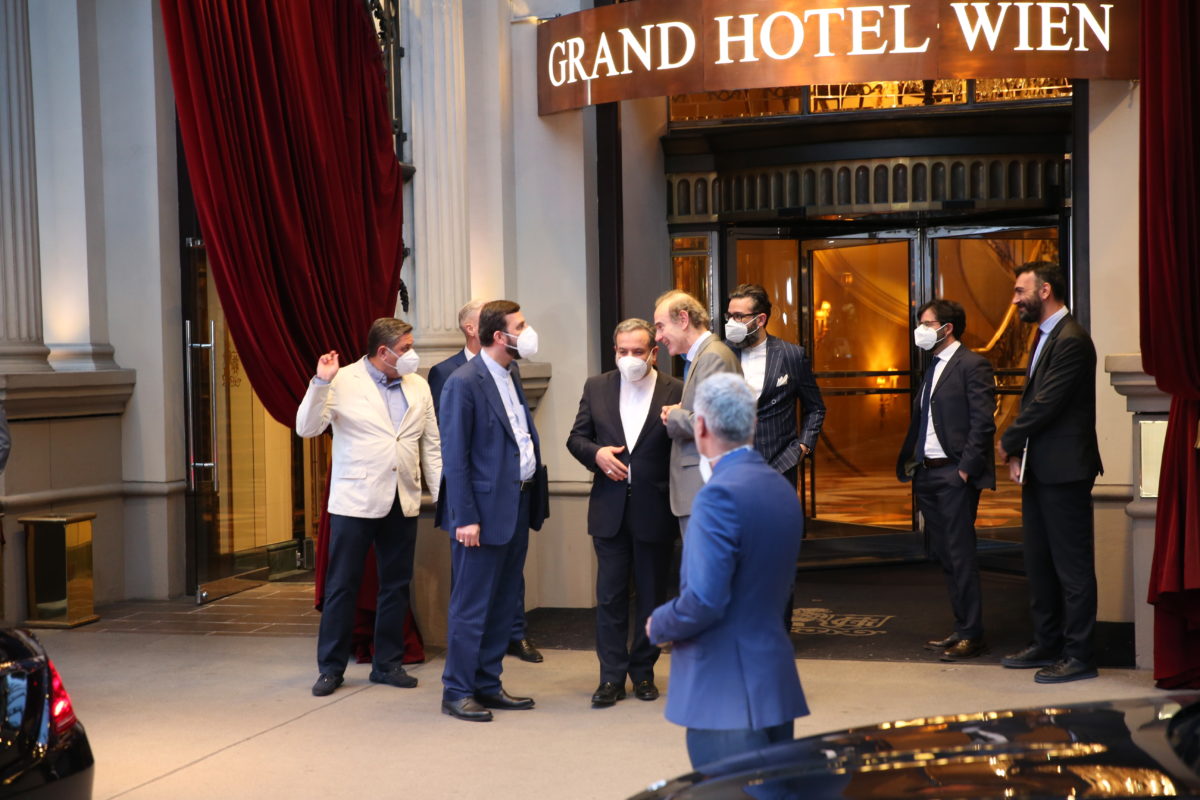 A group of Republican attorneys general and staffers from 11 states met in Washington, D.C., in early November to discuss strategies for keeping pressure on Iran, if the Biden administration reenters in the 2015 Joint Comprehensive Plan of Action or eases sanctions against the Islamic regime.

A panel of experts — Richard Goldberg, a senior advisor at the Foundation for Defense of Democracies (who also co-hosts Jewish Insider’s “Limited Liability Podcast”); Jonathan Missner, a partner at the law firm of Stein Mitchell Beato & Missner and board chair of Pro-Israel America; and Avi Jorisch, a senior fellow at the American Foreign Policy Council — addressed a group organized by the Republican Attorneys General Association with suggestions for steps that the state officials can take to counter Iran. The gathering took place on the sidelines of a Federalist Society conference.

Goldberg emphasized to JI that the 2015 negotiations around the deal, which Iranian negotiators insisted include language requiring the president to mitigate state laws on sanctions, showed that Iran is aware of the influence that individual states can have in this arena.

“The Iranians know that the states do have the ability to influence private sector decisions. We’ve seen that happen in the [Boycott, Divestment and Sanctions] arena, quite often,” Goldberg said. “They have the potential to really create a lot of market deterrence.”

Goldberg said he laid out a number of ways that states and state AGs can deter in-state businesses from doing business with Iran in his speech. He proposed modernizing state pension laws to block investment in any business with ties to a number of Iranian financial, energy and construction sectors, in line with current U.S. sanctions. Current state pension laws addressing Iran are largely outdated, he explained.

Goldberg also recommended that AGs warn financial institutions in their states against any association with banks that transact with Iran’s financial sector. Jorisch offered a similar suggestion, a source familiar with the meeting told JI, as well as proposed that states take regulatory action to make in-state banks certify that they do not have links to foreign banks that have ties to Iranian financial institutions involved with terrorism.

Missner told JI that he focused on the role that AGs can play in supporting victims of Iranian terrorism who are suing the regime under the Justice Against Sponsors of Terrorism Act (JASTA) — an issue with which his law firm has long been involved.

Missner said he offered to help connect AGs with Gold Star families who have been the victims of Iranian terrorism, and urged the AGs in attendance to “[push] back hard” against any attempts to rescind the Iranian Revolutionary Guard Corps’ designation as a terrorist organization, which he said could make JASTA suits more difficult.

Goldberg argued that state action could “send important messages” to both the Biden administration and Iran.

Missner described the AGs’ and their staffers’ responses as “positive, overwhelmingly.”

“This is an audience of people who are interested in these kinds of issues and didn’t know that they could have a real impact in this arena,” he continued.

“I think there’s going to be a lot of follow-up conversations and discussion and coordination with attorneys general across the country,” he said. “This is a big opportunity for attorneys general to send a message to President Biden that Republican attorneys general will do everything within their power to prevent Iran from gaining access to the banking sector and to resources that can fund terrorism, no matter what Biden does on the nuclear agreement.”