The letter, addressed to Secretary of State Tony Blinken, urges the administration to pause $75 million in USAID funding

Some of the aid the Biden administration plans to provide to Palestinians may violate the Taylor Force Act, which restricts U.S. funding to the PA until it stops making payments to the families of terrorists, 18 Republican senators claimed in a letter to Secretary of State Tony Blinken Thursday afternoon.

The letter highlights concerns about $75 million in United States Agency for International Development (USAID) economic support funds that the administration plans to provide for a range of infrastructure, community development and other initiatives in the Palestinian territories. It comes a day following the administration’s announcement that it will provide more than $235 million in aid to the Palestinians.

The GOP letter urges Biden to put the USAID funding on hold until the administration strengthens oversight and provides more information to Congress about how it will ensure that the funding it provides complies with the Taylor Force Act.

“Instead the Biden-Harris administration should focus on the necessary programs Congress has consistently envisioned, and for which it has appropriated resources and carved out exceptions from restrictions on assistance,” the letter reads.

The senators argued that the administration would be in violation of the 2018 legislation, named after an American tourist who was stabbed to death in Tel Aviv in 2016, because “these activities are the governance responsibility of the PA.”

“Congress explicitly and narrowly enumerated in TFA what Palestinian governance programs should nevertheless still receive assistance: wastewater projects, childhood vaccination programs, and payments to East Jerusalem hospitals,” the senators wrote. “The programs described in the March 26 USAID notification do not fit into those exceptions and so likely violate the TFA.” 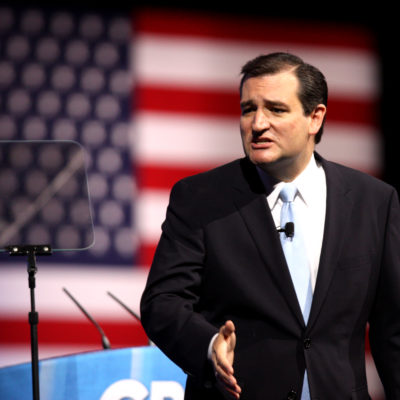 State Department spokesman Ned Price said at a Wednesday press briefing that the funding is “absolutely consistent” with U.S. law, including the Taylor Force Act, and that U.S. aid is distributed “through experienced and trusted independent partners on the ground.”

The senators further accuse the administration of seeking to keep recent announcements of its plans to provide aid to Palestinians quiet and out of the public eye.

“It is unacceptable that the Biden-Harris administration would seek to dampen public debate over these vast sums of general assistance,” the letter reads.