A mix of luck, ingenuity, other jobs and cash have kept most of the restaurants in business 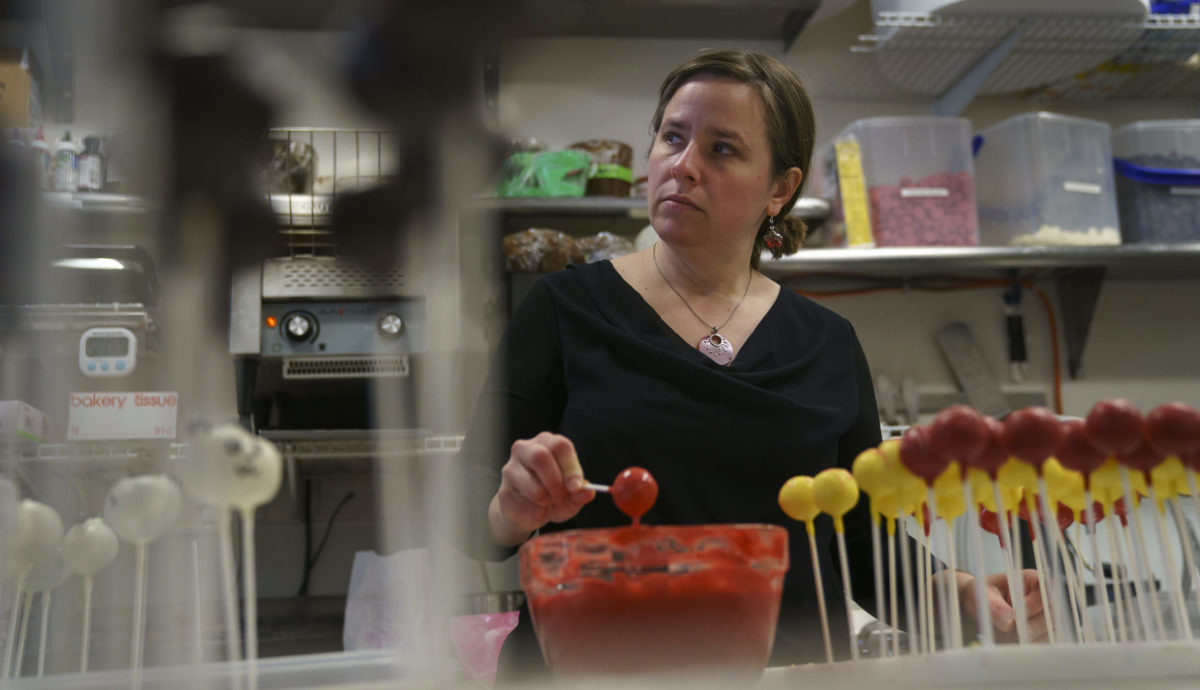 It’s mid-March, the temperature in Washington, D.C., this week hit 70 degrees for the first time this year, and the city’s famed cherry blossoms will soon be in bloom. But the busloads of tourists and students that normally arrive in the nation’s capital at the start of spring are absent for the second straight year. The city is struggling, and without the influx of tourists, businesspeople and event-goers — many Jews among them — kosher restaurants are, too.

“Seventy-five to 80% of our business is [made up of] people that visit Washington, D.C., whether it’s a business trip or a school,” said Michael Chelst, the owner of CharBar, the district’s only kosher meat restaurant. “We have over 10,000 students a year that come in.”

Local customers have not been able to make up the lost business. Restaurants typically operate at a 6% profit margin; CharBar’s margins are down 60-80%, depending on the month. But CharBar has one advantage that most restaurants don’t: Chelst has another job, as a mortgage loan officer. “God bless me,” he quipped, because “It’s been a good year for mortgages,” allowing him to pour his own money into propping up CharBar. “If I didn’t have a job, we’d have closed a long time ago.”

The COVID-19 pandemic has been catastrophic for the restaurant industry. A January report from the National Restaurant Association estimated that more than 110,000 restaurants and bars had closed permanently. In Washington’s relatively small kosher dining scene, several restaurant owners told Jewish Insider they could only survive by entirely revamping the way they do business. Some, like the cake pop bakery Baked By Yael and the vegan restaurants Pow Pow and Bubbie’s Burgers, were able to get by with the generous support of longtime committed customers.

For Brooklyn Sandwich Company, a food truck and catering business that is one of the only other kosher meat establishments serving the area, the response to the food truck’s increased synagogue visits has not been as strong as the company’s head chef would like. “I’m kind of disappointed, in small part,” said Jared Fusia, who serves as chef, manager, and mashgiach, overseeing kashrut. Luckily, Fusia told JI, “people are starting to have events, and there are people who want to start gathering again, so [we’re] slowly starting to have an uptick.”

The kosher vegan company Souper Girl, which sells soups and other plant-based foods, closed its two restaurants last spring and pivoted to delivery and supermarket sales. “We had built out a plan, we had a growth model, and we threw it out and had to start over,” said Sara Polon, Souper Girl’s founder and CEO.

Customers can sign up for a subscription to get soup or salad delivered to their home weekly, or they can find Souper Girl at grocery stores across the Mid-Atlantic. But Polon says the transition has not been easy: “We had a year where we couldn’t hand out samples, and we couldn’t meet with buyers,” she explained.

When it came to home delivery and individual purchases, Souper Girl faced the same problem as small businesses who operate in the age of Amazon and Uber Eats. “A lot of people shifted to buying food online, and the little guys can’t compete when it comes to advertising and getting yourself seen on those [delivery] apps. That was very hard.” Not to mention that the communal goodwill that led people to support shuttered local businesses at the start of the pandemic has in some ways worn off. “In the beginning, people were very kind and understanding. And now people are back to their old, less patient ways.”

Polon said many of the company’s customers do not keep kosher and come across Souper Girl when looking for health food. “We’re still trying to break in more to the kosher community,” she said, noting that part of the challenge is that “kosher people really associate meat with a meal.”

Souper Girl’s kosher certification allows the business to operate a large Passover catering program, which kept the company going in the early weeks of the pandemic. “We were overrun with orders” last spring, when people gathered for small Seders with their immediate family, and now “we’re at a much higher pace than last year.”

Unlike Souper Girl, CharBar has kept its dining room open, even though it has a hard time attracting customers, many of whom don’t want to dine in. Holidays have also been a boon for CharBar, with the restaurant increasing its offerings on Passover, Rosh Hashanah and even Thanksgiving. CharBar prepared 1,100 Seder plates last April, “five times what we normally did,” Chelst said. He expects fewer orders this year.

One new revenue stream for CharBar has been a large increase in synagogue-affiliated events. On Thursday nights, he and his team show up in Orthodox, Reform, and Conservative synagogue parking lots across the Washington region for “drive-in barbecues,” where people can get dinner as well as order Shabbat packages for the next night. “We actually create a menu for each synagogue; it’s kind of unique to them. Menu items [are] named after the rabbi [and] the cantor,” Chelst explained.

The more lucky kosher restaurants have been able to succeed by relying on regulars. At Pow Pow and Bubbie’s Burgers, two kosher vegan restaurants on H Street owned by the same team, one Orthodox community member has supported the restaurants by placing weekly group takeout orders for several dozen people. Margaux Riccio, the Italian chef at both establishments, closed down her restaurants before most others in the city, after Italian family members warned her that the pandemic raging in their country would soon reach U.S. shores. Making that decision early allowed her to win the trust of her customers, even if they were initially skeptical.

During the month-long federal government shutdown two years ago, when the nonprofit World Central Kitchen was offering free meals to furloughed government employees, Riccio said she noticed a lack of kosher food. “No one during the federal shutdown was doing kosher free lunches, so we started doing those on our day off,” Riccio told JI. “The way we’ve been able to give back to communities, they’ve also supported us during this,” she said of the Jewish community.

At Baked By Yael, a bakery specializing in cake pops, “we definitely have noticed that a lot of our regulars are Jewish, but not all of them,” said Yael Krigman, the owner of the bakery, located across the street from the now-shuttered National Zoo. When the pandemic began last year, “we really pivoted pretty hard away from the cake pops and towards the bagels and challah and more traditional Jewish baked goods.” She also began shipping cake pop-making kits nationwide and offering virtual baking classes.

The bakery has been buoyed by its longstanding regulars, who had also supported her store when the federal government shutdown led the National Zoo to close for a month. Still, that experience didn’t come close to the pandemic.

Now she offers a weekly challah subscription and sells hamantaschen year-round. Even the non-Jewish customers love her Jewish baked goods. “The black-and-white cookies and the rugelach and the hamantaschen have just been a huge, huge hit,” Krigman explained. Before the pandemic, Baked By Yael catered events at the nearby Adas Israel Congregation, and many of the synagogue’s congregants now frequent her shop. “The Jewish community and, for us, the Woodley Park and Cleveland Park community have just really rallied and supported us in a way that I never imagined was possible.”