Duolingo is introducing its first Yiddish-language course next month 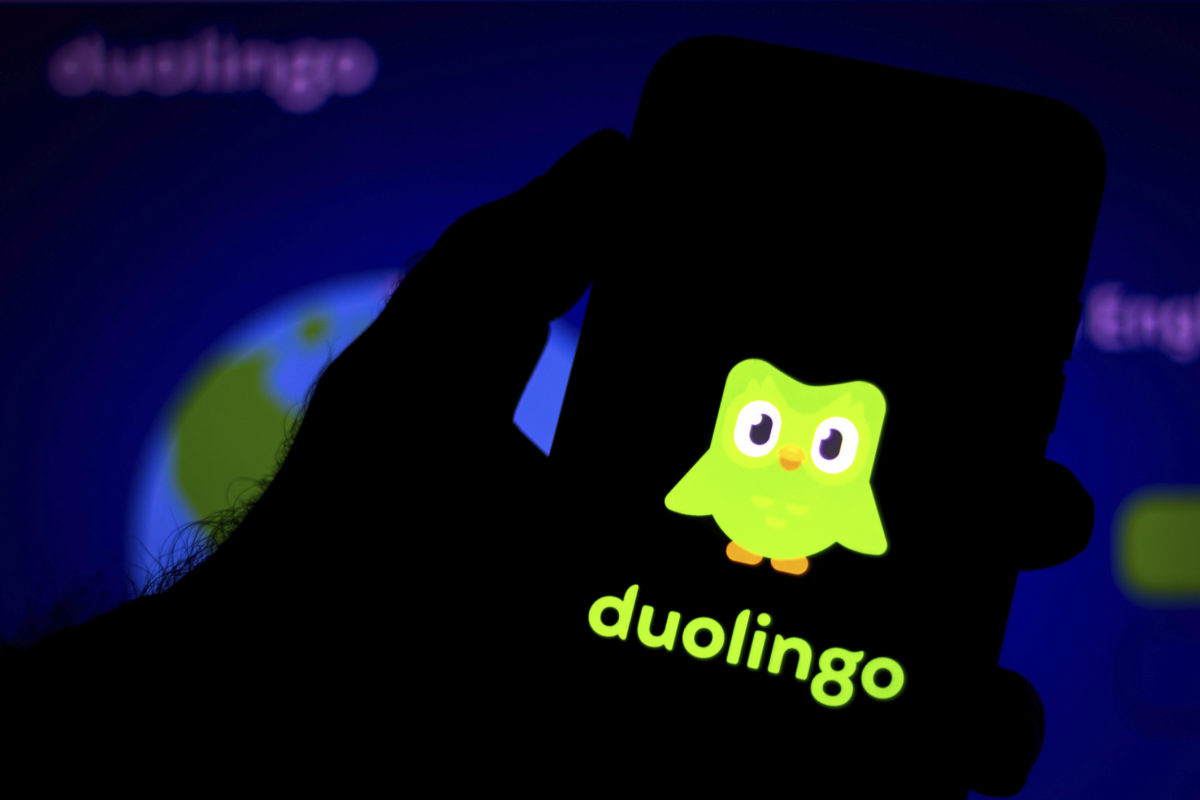 The Duolingo logo seen displayed on a smartphone.

Everyone knows a few stock Yiddish phrases — oy vey, meshugge, bupkes — but for those who want to expand their knowledge of the language, there are few convenient channels. Yiddish was once widely used before the Holocaust by a sizable population of Eastern European Jews, but has since become something of a novelty despite its rich history.

Now, Duolingo, the popular language-learning app, is introducing its first Yiddish-language course, scheduled to launch on April 6, according to a spokesperson.

“For Yiddish, we were getting a lot of interest,” said Myra Awodey, Duolingo’s lead community specialist, “mostly from people who were heritage learners or who wanted to pick up the connection.”

But the hope is that the course will appeal to a wide variety of users. “I always stress that our courses are for everyone and anyone who wants to improve their lives and learn a language,” Awodey told Jewish Insider. “We just think that there’s a lot of value in linguistic diversity.”

The course, which has been in the works for about five years, represents Duolingo’s effort to branch out into niche languages, including Hawaiian and Navajo, which launched in 2018. Yiddish, however, which is written using Hebrew characters and sounds similar to German, presented a new set of challenges.

“One of the things that we decided pretty early on really needed to happen was a new kind of lesson type that would allow us to teach pronunciation and the script,” said Awodey, who adds that the course includes listening as well as syllable selection lessons. “We kind of parceled out the unit of learning.”

The course is also unique, at least in Duolingo’s pedagogical universe, because the company used real speakers to record the audio, in contrast to some of the courses for more widely used languages like English, Spanish and French.

“There are publicly available voices that you can use to generate audio,” Awodey said, “That makes things a lot easier when you’re creating a course, because you can just get a computer to record essentially all the audio that you need for the course. But for smaller languages, that’s not the case.”

The company enlisted a group of contributors to advise on the course, including Hasidic Jews as well as other native Yiddish speakers like Meena Viswanath, who comes from a family of well-known Yiddishists. Viswanath’s aunt is the editor of the Yiddish Forward, and her brother, Arun, recently translated the Harry Potter series into Yiddish. Mordkhe Schaechter, Viswanath’s grandfather, was a prominent Yiddish linguist.

“He was very, very adamant that people should be using it in their day-to-day life,” said Viswanath, a 32-year-old modern Orthodox Jew who was raised in Teaneck and now lives and works in Rockland, Md., as a civil engineer.

With that view in mind, Viswanath hopes that the course, which uses a standardized version of Yiddish developed in the 20th century, will help revive the language for any number of people who are interested in learning to use it.

“We had several target audiences in mind,” said Viswanath, including American Jews or Jews from other English-speaking countries whose parents, grandparents or great-grandparents spoke Yiddish.

“There isn’t really a place where you can go to be immersed in that traditional Ashkenazi Jewish culture in the way that you could have pre-World War II,” she said, “and so immersing yourself in the language is as close as you can get.”

Viswanath also imagines that Hasidic Jews will be interested in the course, either because they want to improve their knowledge of standardized Yiddish or because they are hoping to enhance their understanding of English by retrofitting the app to work in a contrary fashion.

“Then,” Viswanath speculated, “there are the serial language learners that will just pick up a language because it looks interesting and just run with it.”

Yiddish-language experts are enthused by the new course. “Duolingo’s Yiddish course is a welcome development: anything that promotes Yiddish language study can only be a good thing, and the more people who avail themselves of the richness of Yiddish, the better,” said Eddy Portnoy, an academic advisor and exhibitions curator at the YIVO Institute for Jewish Research.

“I haven’t seen the product yet, so I can’t comment on the quality, but if it compares to their other language modules, it should be a fine basic introduction to the language,” Portnoy added. “In coming years, it will be interesting to see students in the YIVO summer Yiddish program who got started by using an app.”

The Yiddish course represents the 40th language Duolingo has introduced since it was founded in 2011.

“I hope that what people come away from the course with is that Yiddish is part of a culture and has this fully formed language, grammar and spelling,” said Viswanath, “and is not just a language that you tell punch lines in or curse people out in.”