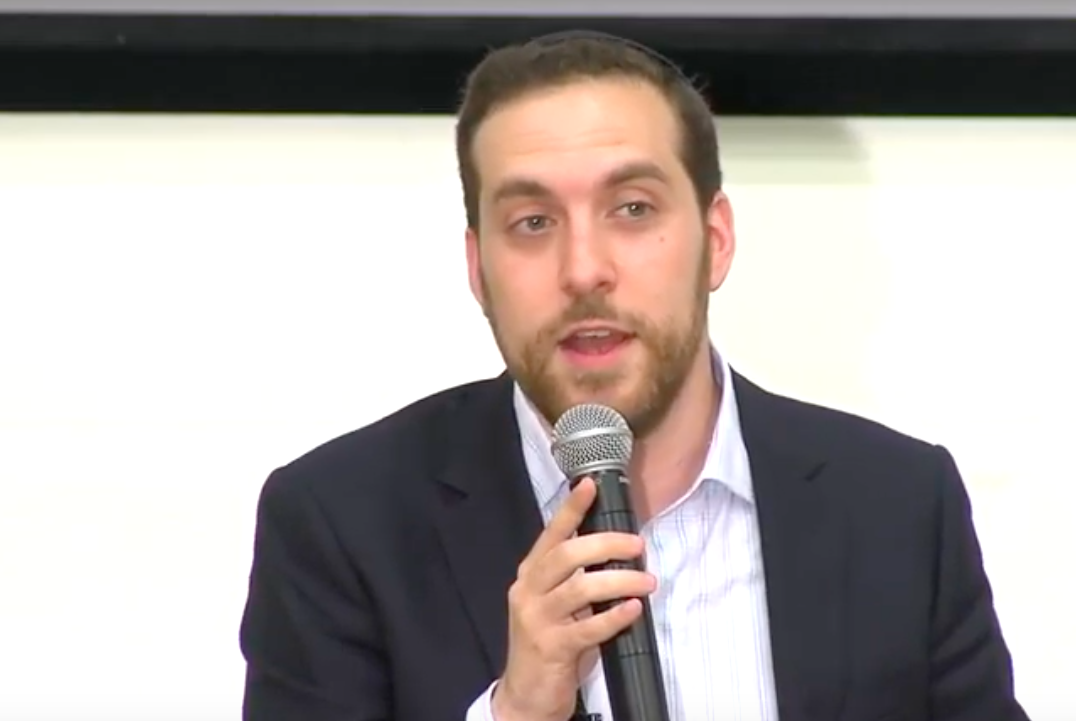 Yair Rosenberg is known for his insightful thoughts, published regularly in Tablet magazine and posted on Twitter, on antisemitism, Jewish communal life and politics. He’s less known for his musical talents — but that’s about to change. Rosenberg, who moonlights as a composer, is working on an album of Shabbat music — which he hopes to release in full later this year following — that he hopes will connect generations of Jews across communities and cultures.

New to the music industry: “It’s not something that I’ve ever done before,” he said. “That makes it a little bit scary. I know what I’m doing as a journalist and as a writer. I know largely when I produce things in the literary realm how that will be received if I do my job well. Art doesn’t really work that way and so you don’t really know how it’s going to be received until you put it out there — and you put yourself out there. I was a little bit trepidatious about putting it out — I pushed it back a few times. At a certain point I realized, if you believe in what you’re doing, you should put it out there for other people.”

Music in the time of coronavirus: “Large numbers of people are quite worried and afraid and some of them, like my family members, are stuck at home because either their schools are shut down or they themselves are in precautionary quarantine,” Rosenberg told JI. “And I thought maybe I shouldn’t put this out now, maybe it’s the wrong time. But then I talked to some people and they said, on the contrary, it’s a time when people could use things that bring them joy, and things that can hopefully help distract and occupy them while they’re in a difficult place.”

Runs in the family: Rosenberg is not the only musically inclined member of his family — his grandfather was a Hasidic composer who, as a young man, escaped Nazi Europe with the assistance of Japanese diplomat Chiune Sugihara, who issued him a visa. In time, Rosenberg’s grandfather ended up in China, eventually making his way to the United States. “Afterwards in America he composed many niggunim, many melodies, that Chabad still sings today.”

Teamwork: Rosenberg himself doesn’t play any instruments. “I work with people who do play instruments and we turn the stuff that I compose into actual physical music. I’ve loved to sing for a very long time and I’ve composed for quite some time, and I never did anything with them until five years ago.” Rosenberg worked alongside performers Arun Viswanath and Abbaleh Savitt and producer Charles Newman to create the unique sounds.

Blending genres: “What I tried to do is fuse traditional Jewish lyrics with more modern musical sensibilities,” Rosenberg said, noting that tracks on the album include a range of musical genres, from electronic dance music to Celtic.

Learn more about the crowdfunding campaign and listen to the first track here: