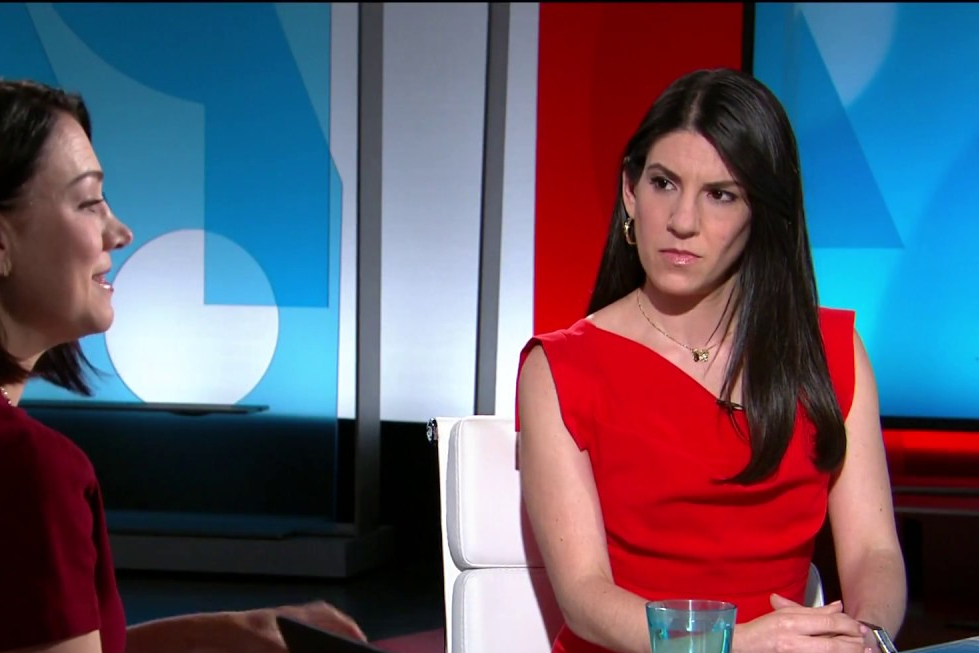 On this week’s episode of Jewish Insider’s Limited Liability Podcast, hosts Jarrod Bernstein and Rich Goldberg are joined by Eliana Johnson, editor-in-chief of the Washington Free Beacon, to discuss covering the White House, the current media landscape and her husband’s conversion to Judaism.

Staying relevant: “I’ve had experiences across a range of different mediums and different outlets,” said Johnson, who previously worked for Politico, The National Review and Fox News. “I would say my main takeaway is that you’ve gotta break news to be relevant.” At the same time, she said, “we know the political affiliations of mainstream reporters are 90-95% lean to the left… I don’t think it’s an issue of blind ideological bias, I just think it has more to do with social circles and the way reporting works,” said Johnson, who described the Free Beacon as “a conservative website dedicated to reporting,” whose goal is “to cover Democrats the way that the mainstream media covers Republicans, which is aggressively and holding them to account.”

Trump effect: “Before Trump, mainstream reporters at the Times, at the Post, at the Journal, there was a sense that you should strive for impartiality, and that even if they knew that they had biases, there was an effort to conceal them,” posited Johnson. “And I think Trump did away with that,” she said, citing reporters being “attacked by the left for making efforts to cover the administration impartially” as well as the incentives for journalists who became famous for being “viewed as opponents of the president.” Johnson said that today, “the smart young reporters who come in and work for me now… there’s a sense among smart young conservatives that there is no place for them in the mainstream.”

Team of rivals: Johnson suggested there is a “real concerted effort on the part of the left to strong-arm team Biden into including” progressives in the administration, referencing reports that former Bernie Sanders advisor Matt Duss may join the State Department. “Tony Blinken, the secretary of state and Jake Sullivan, the national security advisor, are seen as center-left Democrats who are broadly acceptable to the right,” she said. “And I think there was a lot of frustration on the left, that, particularly in the realm of foreign policy, they were not getting more of a voice in shaping the policies of the nascent Biden administration.”

Lightning round: Favorite Yiddish phrase? “Shpilkes.” Favorite Jewish food? “Potato knish and noodle kugel.” Favorite book? “Anything by Jane Austen.” What are you reading right now? Hidden Valley Road: Inside the Mind of an American Family by Robert Kolker. Favorite journalist of all time? “Andy Ferguson of the late great Weekly Standard and The Atlantic.”