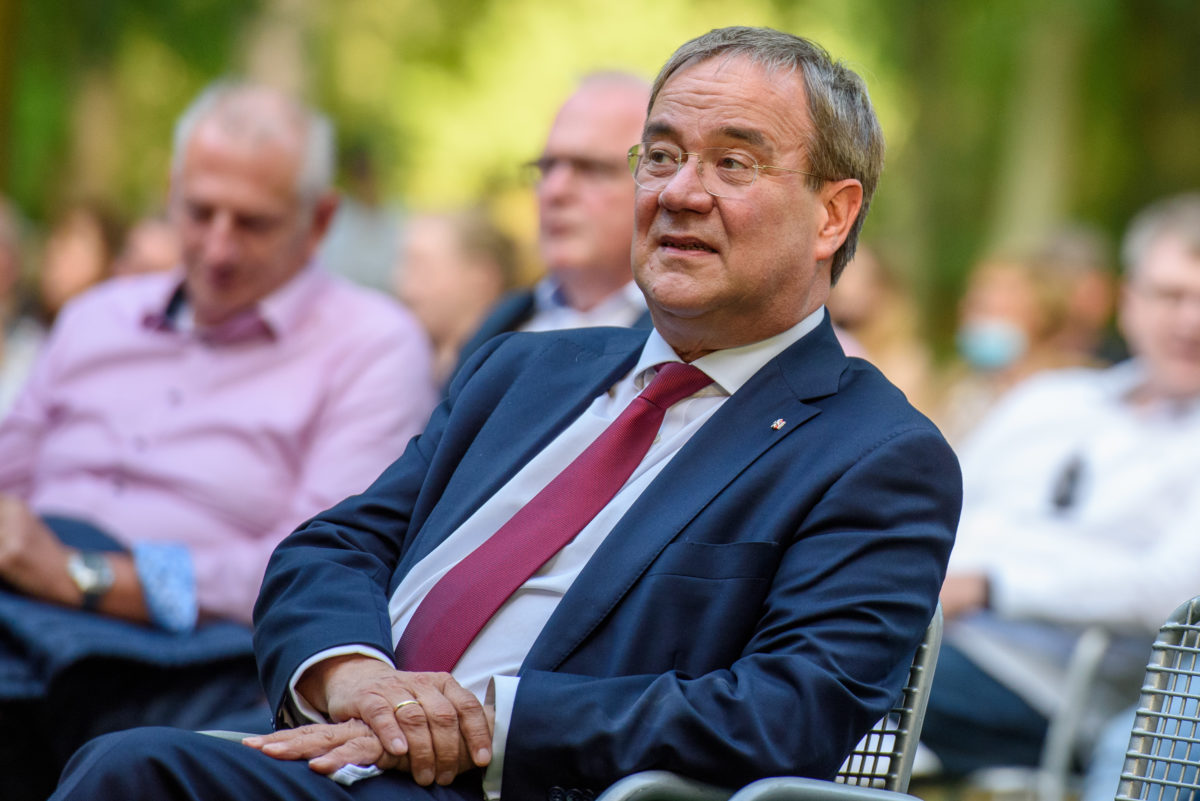 Armin Laschet’s victory in the Saturday runoff election for the leadership of Germany’s conservative Christian Democratic Union strongly suggests that he is well-poised to succeed Angela Merkel, the long-serving German chancellor, when she steps down in September after 16 years in office. The 59-year-old governor of North Rhine-Westphalia, Germany’s most populous state, has positioned himself as a Merkel acolyte who will maintain the chancellor’s moderate approach to governance.

But as Laschet’s profile has increased, recently unearthed comments in which he has defended Russian President Vladimir Putin and espoused controversial views about the war in Syria have raised eyebrows among foreign policy experts. In a 2014 interview after the Russian annexation of Crimea, Laschet was critical of what he viewed as “marketable anti-Putin populism” among Germans. He has also previously cautioned against vilifying Russia and expressed skepticism about Russia’s involvement in the 2018 poisoning of a U.K. double agent and his daughter.

Laschet’s past statements on Russia aren’t exactly out of the ordinary in Germany, according to Garret Martin, a professor in American University’s School of International Service. “There are others in the German political sphere that have these views toward Russia,” Martin told Jewish Insider. While Laschet has “shown some tendency to cozy up toward autocratic figures,” Martin said, “he tends to probably prioritize economic interests over foreign policy considerations.”

Tobias Schulze-Cleven, a professor who specializes in German politics at Rutgers University, echoed that view. “Of course governors would like to see foreign direct investment, so at times they don’t want to ruffle feathers,” he explained. Still, Schulze-Cleven said, Laschet has more recently toned down his rhetoric, particularly after Russian opposition leader Alexei Navalny was poisoned last year. “I think he has distanced himself somewhat or has become more circumspect on Putin.”

The CDU leader’s past assertions with regard to Syria, however, are somewhat more difficult to explain. In a series of tweets responding to former U.S. Secretary of State John Kerry seven years ago, Laschet accused the American government of supporting ISIS and Al Nusra against Syrian President Bashar al-Assad. “Assad was fighting against ISIS and Kerry tried to weaken Assad in this fight,” Laschet wrote.

Experts who have followed Laschet’s career expressed befuddlement over the tweets but suggested that they are anomalous rather than representative of the German governor’s general worldview.

“I don’t think you can say he is pro-Assad,” said Klaus Larres, a professor who specializes in contemporary German affairs at the University of North Carolina at Chapel Hill. “He probably wants to approach Syria in a more differentiated way and explore the gray zones, but that is a typical German position.”

Jeff Rathke, president of the American Institute for Contemporary German Studies at Johns Hopkins University, said in an interview with JI that Laschet’s tweets were “kind of bizarre,” adding: “I have not really seen anybody give a really good explanation of what he meant by it.”

But while Laschet’s views may underscore a certain naïvité with regard to at least one major Middle Eastern conflict, Rathke took a charitable view of the CDU leader’s comments. “I think it’s important not to let that be the tail that wags the dog in telling a story about Armin Laschet,” he said, “because he is somebody who, as a politician, takes the relationship with Israel extremely seriously. He’s not any kind of revisionist or someone outside of the mainstream of German thinking.”

“Laschet, following in the tradition of some of his predecessors as minister president of North Rhine-Westphalia, has made it a point to cultivate close ties with Israel,” Rathke said. Laschet traveled to Israel in 2018 and again in 2020, the first international visit he made after declaring his candidacy for the CDU chairmanship, according to Rathke. “I think the symbolic importance of that choice is very important to keep in mind,” Rathke said.

The newly minted CDU leader has expressed solidarity with Israel at home as well. Three years ago, he refused to attend a music festival in Germany because of its affiliation with the Boycott, Divestment and Sanctions movement. “The German Bundestag called for in rare unanimity to ‘decisively counter’ those who want to boycott Israel culturally and academically,” Laschet declared on Twitter. “The antisemitic motivation of the so-called BDS movement demands a position from everybody, also from the arts.”

Despite his affinity for Israel, Laschet’s strongest foreign policy credentials are tied to Europe. “He was a member of the European Parliament, so the sense is he’d be very comfortable in dealing with sort of the EU dimension of foreign policy,” John Emerson, who served as U.S. ambassador to Germany from 2013 to 2017, said of Laschet.

Torsten Krauel, a chief commentator for Die Welt, the Germany daily newspaper, agreed with that assessment. “What I would say is that he is an ardent EU supporter, out of reverence for Helmut Kohl as well as for his upbringing in the westernmost German Aachen region — which had been part of the Roman Empire at a time when the site of what would become Berlin was nothing but a forest, and stayed so for hundreds of years,” Krauel told JI via email.

Laschet, Krauel added, “is a liberal Catholic, his chief of staff is a devout conservative Catholic of the Pope Benedict brand — both, historically-politically speaking, feel at home in Rome and Paris as well as in Duesseldorf or, for that matter, in Berlin as the capital of a pro-Western, pro-EU Germany.”

Laschet’s press office did not respond to requests for comment from JI.

It remains to be seen whether Laschet’s past statements will draw further scrutiny or if they will fade away. The CDU, in cooperation with its sister party in Bavaria, the Christian Social Union, is expected to pick a candidate for the upcoming election this spring.

Several experts who spoke with JI said they liked Laschet’s odds of becoming the next chancellor.

“He is probably the single best positioned individual in Germany to be the chancellor after the next election,” said Rathke.

Emerson was also of the view that Laschet is the likely front-runner. “He’s not a sort of big charismatic person, but Germany has a history of people who started out as not being very charismatic who ended up being quite powerful and important leaders,” he said. “Angela Merkel being at the top of the list.”