University President Lee Bollinger reiterated his opposition to the the Boycott, Divest and Sanctions movement in a letter to students this week 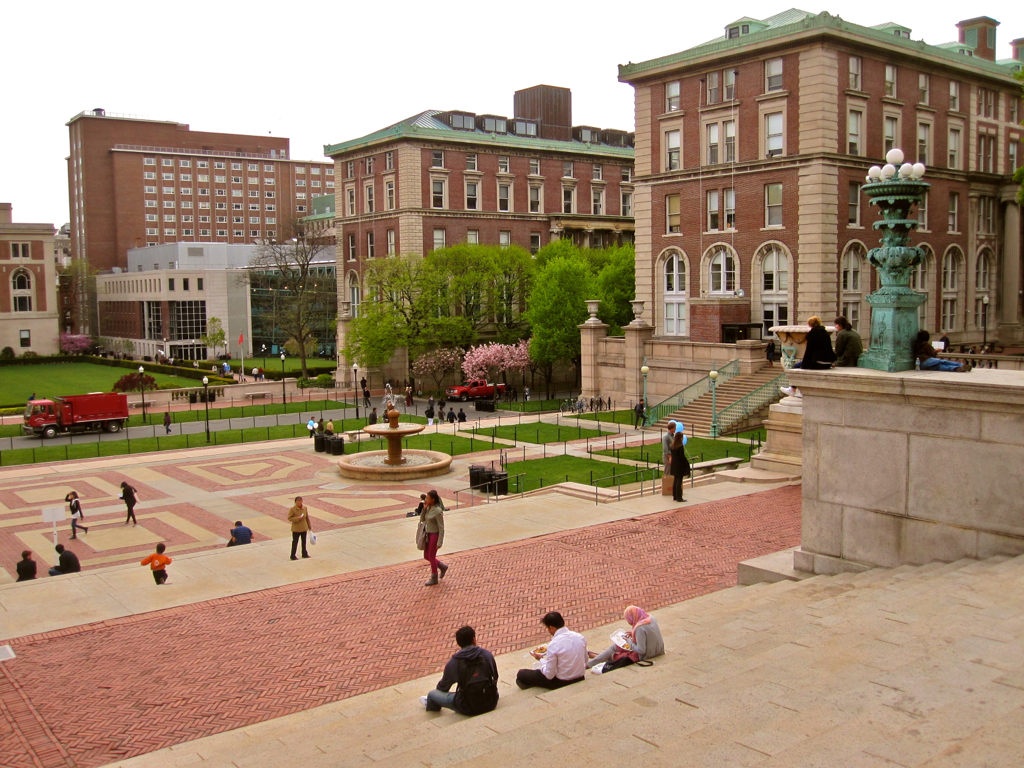 With less than half of students casting a vote, Columbia University’s Columbia College passed a BDS referendum calling on the school to divest from a number of international companies that operate in Israel.

Of the nearly 1,800 students who voted, 61% were in favor of the divestment resolution, while 27% opposed it and 12% abstained, according to election results announced Tuesday morning. Thirty-nine percent of Columbia College students voted in the week-long election.

The first U.S. campus-wide BDS referendum was held in 2010 at DePaul University. Since then, there have been hundreds of Israel-related referenda and student government votes on college campuses, nearly all of which are non-binding. To date, no university has divested its financial interests in companies targeted by the BDS movement.

“The whole goal of this referendum was always symbolic,” said Jessica Fuzailof, the president of Aryeh, an Israel advocacy group on Columbia’s campus. “It was always about sending a message of anti-Israel sentiment to the students here and making pro-Israel and Jewish students feel uncomfortable. There was no chance ever that this referendum was going to actually be applied in a financial way.”

The decision to allow a campus-wide referendum was approved by the student council in November 2019 and originally scheduled for April 2020, but pushed to the fall semester in the wake of the COVID-19 outbreak. Since then, Aryeh and Students Supporting Israel (SSI) were the two largest campus groups opposing the measure.

“Overall, J Street U [at Columbia] did not support the referendum nor participate in the efforts by SSI and Aryeh to oppose it this fall,” Brit Zak, the chapter president of J Street U, told JI. “The purpose of our group is not to fight BDS on campus but to create a social and political climate for U.S. foreign policy that furthers Palestinian human rights and self-determination.” Zak said the group’s involvement largely ended last November after the student government voted to move it to a referendum. “Our interest on campus wasn’t so much in combating the referendum, but we were unable to support it.”

The student activist told JI that the student government was “holding a referendum under the guise of a fair evaluation of student sentiment and then allowing one side to write the referendum, a) in the most biased language possible, and b) with a factual error. The U.N. has never called Israel an apartheid state. That’s not true. And yet that’s in their referendum. They just slipped in the words ‘according to CUAD’ to make it OK that they’re lying.”

Fuzailof added that the divestment question was the first question on the ballot, coming ahead of selections for student government representatives.

In a brief statement Tuesday morning, Columbia President Lee Bollinger reaffirmed the referendum’s non-binding nature and said that all decisions regarding divestment are made “through a process involving the University’s Advisory Committee on Socially Responsible Investing (ACSRI), which advises the President of the University and Columbia’s Trustees on policies related to ethical and social issues, and which includes students, faculty, staff, and alumni.” Bollinger added that “altering our endowment in order to advance the interests of one side is not among the paths we will take.”

A similar referendum passed at Columbia’s Barnard College in 2018, 64%-36%. The Barnard referendum saw the school’s highest voter turnout in history, with nearly 50% of the college’s students casting ballots.

Despite Bollinger’s statement, students expect that pro-BDS activity will continue on the campus.

“I know that [Columbia is] not going to divest just from this action. So it’s going to be interesting to see how that plays out on campus,” Zak told JI. “I think this is the first part of that process… demonstrating consensus. But Bollinger’s statement said that this did not demonstrate consensus. So that might be their next step.”

Fuzailof concurred. “I would not be shocked if CUAD’s next goal was to try and come for another school’s student council to sort of build consensus, but I don’t think they’ll get there,” she told JI. “The university has lots and lots of colleges. But [Columbia College] and Barnard were picked first for a reason. And that reason is that they’re the most progressive and most ‘woke.’ So I would not be surprised if [CUAD was] much less successful elsewhere.”

Brian Cohen, the Lavine Family executive director at the university’s Kraft Center for Jewish Student Life, told JI: “The BDS referendum stands in direct opposition to everything Columbia/Barnard Hillel stands for: love of Israel, an embrace of complexity and a commitment to engage with opposing points of view.”

Cohen added that once international travel is possible, he looks forward to sending Columbia students to Israel, where they will have “the opportunity to meet directly with Israelis and Palestinians. We will educate students the only way we know how — by exposing them to diverse points of view and instilling in them the confidence to ask difficult questions.”