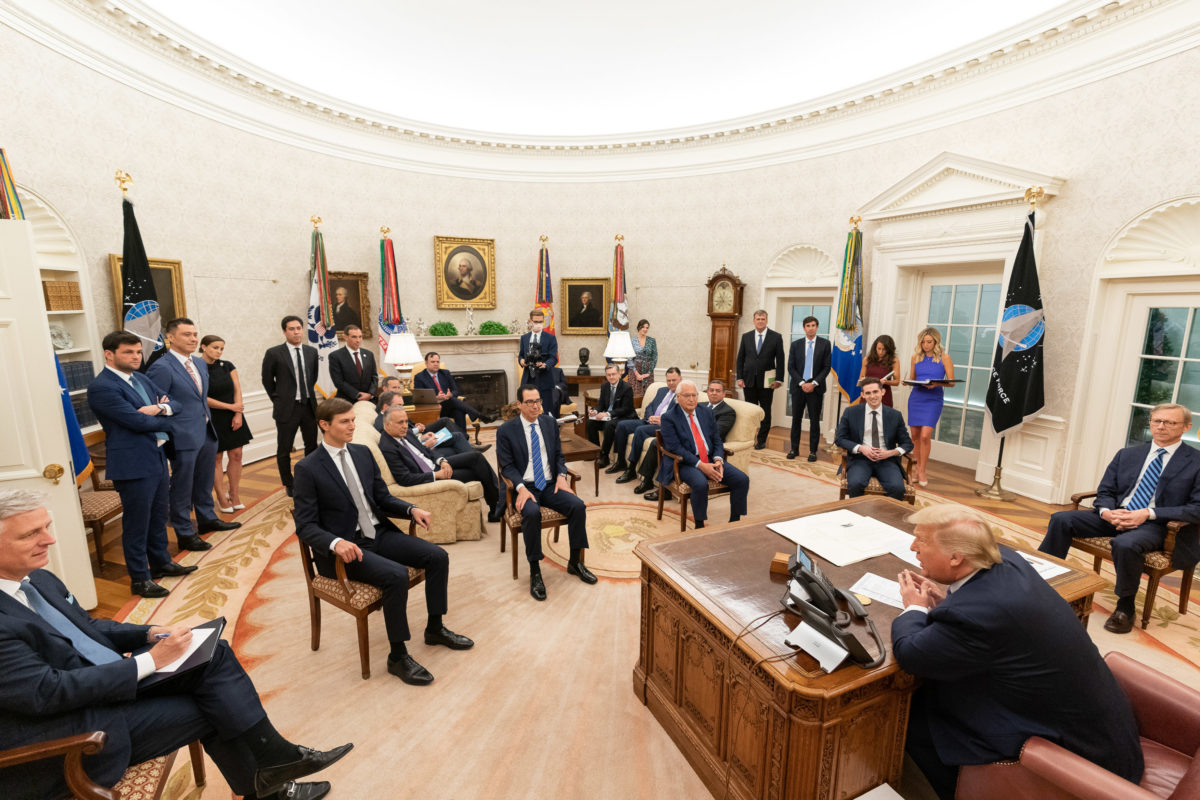 Brian Hook, the outgoing State Department special representative for Iran, suggested on Tuesday that the U.S. withdrawal from the 2015 nuclear deal with Iran opened a path to broker the normalization deal between Israel and the United Arab Emirates last week.

“When you have the wrong Iran strategy, it is impossible to get peace agreements between Gulf nations and Israel because they don’t trust you,” Hook said during a webinar hosted by United Against Nuclear Iran. “And there’s no question that the nations in the Gulf and Israel viewed the Iran nuclear deal as a betrayal.”

Hook maintained that President Donald Trump’s decision in 2018 to walk away from the international accord agreed to by the Obama administration “restored the trust” with its allies. “That was a necessary precondition to being in a position to get a peace agreement signed,” Hook explained. “When you get your run strategy right, it also creates a better environment for other good things to happen. And you saw that last week when we were able to broker a peace agreement between the U.A.E. and Israel.”

Hook, who is leaving the administration later this month, said on the call that his successor, outgoing State Department special representative for Venezuela Eliott Abrams, “is an upgrade on this file.” Abrams, who served as assistant secretary of state in the Reagan administration, was a senior fellow for Middle Eastern studies at the Council on Foreign Relations until joining the Trump administration.