Trump-brokered deal between Israel and UAE hailed as historic development 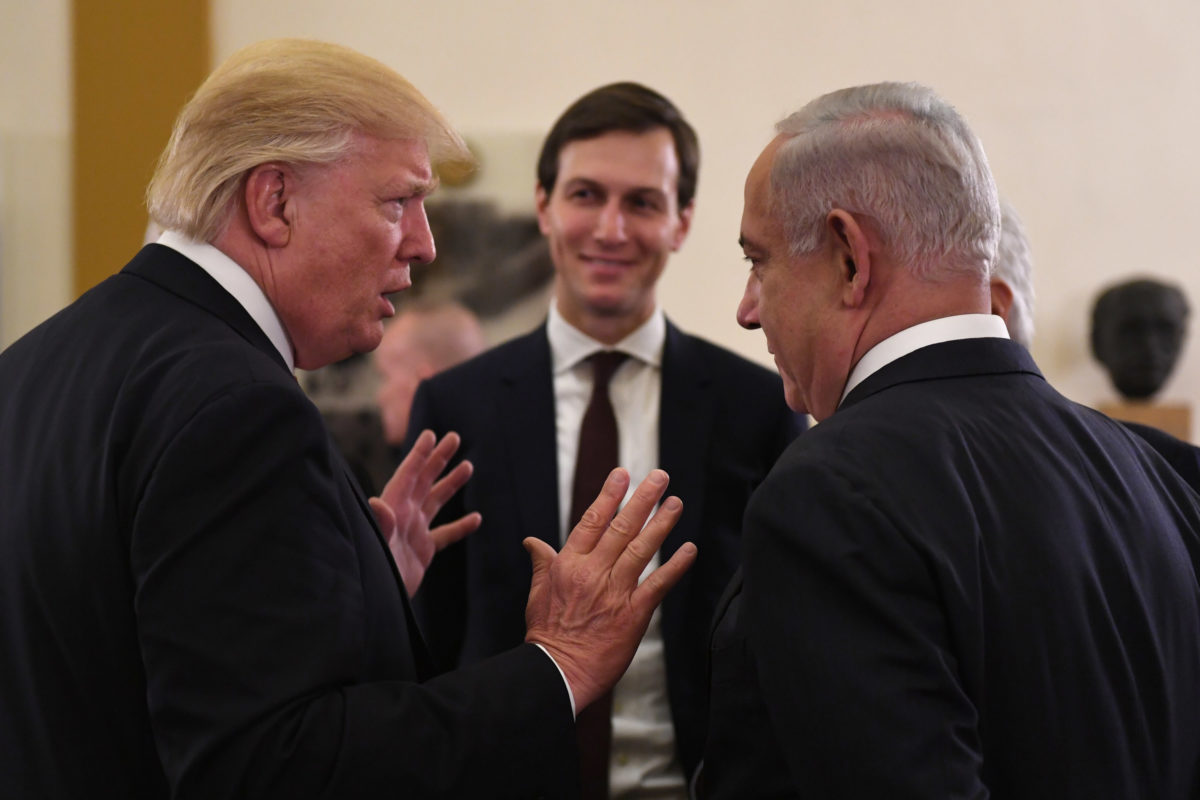 Prime Minister Benjamin Netanyahu and U.S. President Donald Trump are seen during their meeting at the King David Hotel in Jerusalem in 2017.

The United States, Israel and the United Arab Emirates announced a groundbreaking deal on Thursday normalizing ties between Jerusalem and Abu Dhabi.

Speaking from the Oval Office, President Donald Trump said there will be an official signing ceremony between the two nations held in the coming weeks.

A statement issued by the three countries proclaimed the “full normalization of relations” between the two nations and plans to establish “reciprocal embassies” as well as direct flights and other bilateral agreements. As part of the deal, “Israel will suspend declaring sovereignty over areas outlined in the President’s Vision for Peace and focus now on expanding ties with other countries in the Arab and Muslim world.”

The announcement effectively shelves plans by Prime Minister Benjamin Netanyahu to annex portions of the West Bank, something he has been pushing since Trump’s Mideast peace plan was unveiled earlier this year. Israeli officials insisted Thursday that annexation remains an option in the future.

The joint statement, signed by Trump, Netanyahu and Crown Prince Mohammed Bin Zayed, also made a point to note that “all Muslims who come in peace may visit and pray at the Al Aqsa Mosque” in Jerusalem.

White House officials indicated that senior advisor Jared Kushner, Mideast peace envoy Avi Berkowitz and U.S. Ambassador to Israel David Friedman played key roles in brokering the deal between Jerusalem and Abu Dhabi. Kushner, Berkowitz and Friedman were all present in the Oval Office for the announcement, along with Treasury Secretary Steven Mnuchin and outgoing envoy for Iran Brian Hook.

Trump told reporters that the initial reactions he received from Israeli and UAE leaders were “like and love.” The president said “now that the ice has been broken, I expect more Arab and Muslim countries will follow the United Arab Emirates’ lead… and normalize relations with Israel.” Trump said that the U.S. is “already discussing” such moves with other Middle East nations.

Aaron David Miller, a former U.S. negotiator and a senior fellow at the Carnegie Endowment for International Peace, described the agreement as a “win, win, win” situation “on a scale that rarely appears” for the three parties.

“The UAE can now stand up and claim it has taken responsibility for preventing Israeli annexation of the West Bank. The Trump administration can now claim that its policy of cultivating the Arab states has paid off in spades. And Netanyahu, with sagging popularity in the middle of the COVID resurgence and economic recession, now gets himself out of the annexation trap and scores an enormous breakthrough in normalizing relations with the UAE,” Miller told Jewish Insider.

In talking points distributed by the White House, the administration stressed that the historic breakthrough “was made possible by President Trump’s leadership and expertise as a dealmaker.”

Presumptive Democratic presidential nominee Joe Biden called UAE recognition of Israel “a welcome, brave, and badly-needed act of statesmanship.” If elected, he said, his administration would “seek to build on this progress, and will challenge all the nations of the region to keep pace.”

Opposition Leader Yair Lapid congratulated Netanyahu on the achievement. “This step is proof that negotiations and agreements, not unilateral steps like annexation which would harm Israel’s security, are the way forward for our diplomatic relations,” Lapid said in a statement.

Ari Harow, a member of Likud and former chief of staff to Netanyahu, told JI that the deal is “an exciting development for Israel and the region, and will most definitely solidify Netanyahu’s legacy.”

But Harow pointed out that brokering peace with Abu Dhabi “does not replace the Israeli desire, or Netanyahu’s political need, for sovereignty in Judea and Samaria.” Israel’s Ambassador to the U.N. Gilad Erdan told Israel’s Channel 12 that Netanyahu assured him annexation is still on the table for a later date.

Yamina leader Naftali Bennett welcomed the deal and thanked Trump for his involvement, but criticized Netanyahu for “passing up a once-in-a-century opportunity to extend Israeli sovereignty” in the West Bank and other areas. “It is tragic that Netanyahu did not seize the moment nor muster the courage to apply sovereignty to even a centimeter of the land of Israel,” he said.

Former Israeli Consul General in New York Asaf Shariv poured cold water on the excitement, saying it was “like winning the bronze medal after being the biggest favorite.” The deal, he told JI, is a “consolation prize, because the dream of annexation was postponed.” Shariv predicted that Netanyahu’s base “will be sour,” while the deal won’t provide the prime minister with any new supporters.

Shimrit Meir, an Israeli analyst and commentator, suggested that the Israeli public “is not mainly concerned about annexation at this moment or peace at all” due to the coronavirus pandemic and the economic crisis. But, she said, what the announcement does for Netanyahu is that “after months now that he is underperforming, and there is a sense that he kind of lost his touch, he is now showing leadership and initiative and takes over the agenda.”

Former U.S. Ambassador to Israel Daniel Shapiro said that the announcement is “good news, and breaks an important barrier.” He added that it would be a further positive development “if the announcement buries any chance of unilateral annexation in the West Bank.” Shapiro called for shelving the Trump Mideast peace plan and building on this agreement, “restoring U.S. leadership toward a credible two-state outcome.”

Rabbi Yehuda Sarna, who was appointed chief rabbi of the UAE in 2019, was optimistic about the possibilities going forward. “What excites me most is the potential of collaboration around education and culture. This process must include groups historically not included in diplomatic processes: 1. women must be at the forefront, at the negotiating tables, in press releases. 2. Religious leaders and educators must meet in parallel to political leaders to grow the roots of understanding 3. Youth will be the ones to ultimately carry forward the vision.”