In Kentucky, Rep. Thomas Massie fights to hold onto his seat 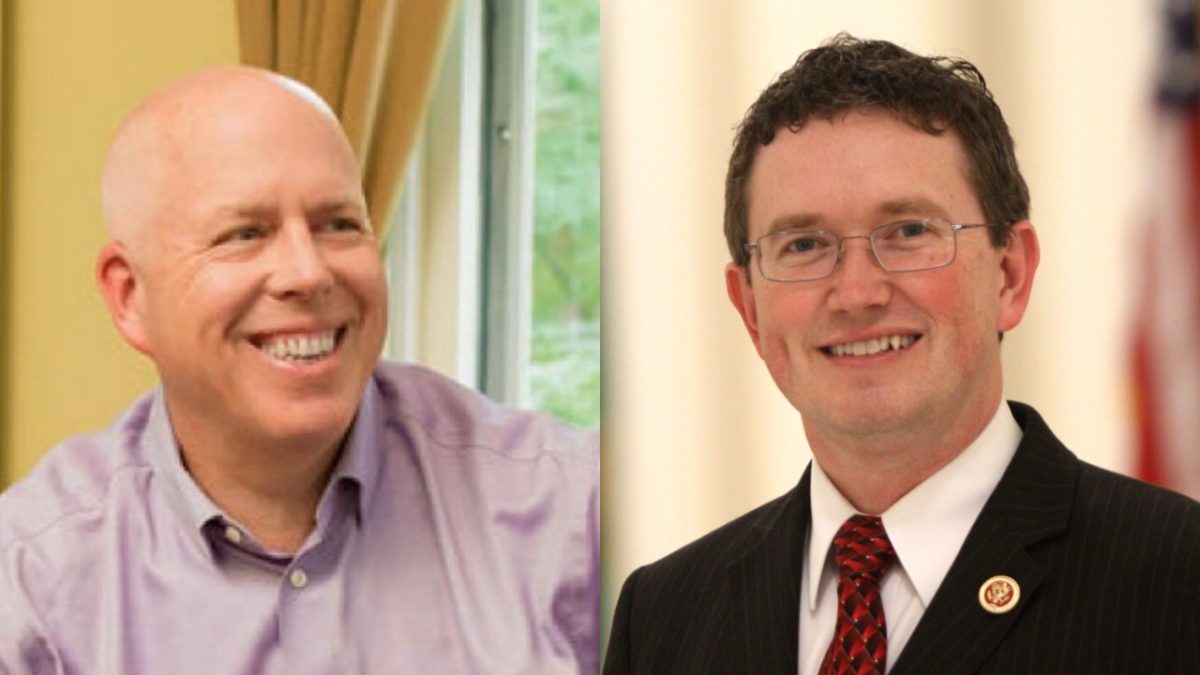 In early April, Kentucky congressional candidate and lawyer Todd McMurtry was riding high. He had the backing of House Republican Conference chair Liz Cheney (R-WY), Rep. Michael Turner (R-OH), the Republican Jewish Committee and Pro-Israel America. His backers believed he had a shot at unseating Rep. Thomas Massie (R-KY), a libertarian-leaning congressman unpopular with members of Congress on both sides of the aisle.

But that all changed with the emergence of past controversial tweets from McMurtry that appeared to promote racist, sexist and transphobic sentiments. Cheney, Turner, the RJC, Pro-Israel America and others dropped their endorsements and many asked him to return their donations to his campaign.

McMurtry’s social media activity provided a lifeline for Massie, who was facing his first serious challenge since being elected in 2012. Now Massie, who faced his own allegations of racism over photographs of a Confederate flag on his property, is likely to walk away with a win, though observers in Kentucky expect to see a close race in today’s primary in the state’s 4th congressional district. The winner of the Republican primary is virtually assured victory in the deep-red district come November.

D. Stephen Voss, a professor of political science at the University of Kentucky, doesn’t think the racism allegations — against either candidate — will be a deciding factor for voters. “I could see the accusations of racism mattering in a general election contest, but I’m fairly skeptical that those barbs ultimately have much effect in the primary,” he explained. “[Conservative Republican] voters typically react poorly to accusations of racism being thrown around anyhow.”

A Kentucky GOP operative familiar with the race told Jewish Insider, “I think it could go either way.” Massie has the advantage as an incumbent, he said, but “I think that people specifically in the northern Kentucky base, where the 4th district is based, are tired of a congressman who is just from the ‘party of no,’ and want to actually have someone who provides constituent services,” the operative added.

The insider described “a hunger” among some constituents — who he described as “Rockefeller Republicans” and “country club Republicans” concerned with their congressman’s posturing on the national stage — to boot Massie out of office.

It was Massie who enraged the president and colleagues on both sides of the aisle by attempting to force a recorded vote on the House’s coronavirus stimulus package in March, which would have required members to show up in person to vote on the bill.

Massie is used to finding himself in such a position. Since his first term, he has frustrated Republican and Democratic colleagues alike with his frequent stands against both consequential and symbolic legislation, earning him the nickname “Mr. No.”

The move led Trump to tweet that Massie is a “third rate Grandstander” who should be thrown out of the GOP.

Voss said the controversy over the coronavirus aid bill likely won’t be enough to topple the incumbent. “Massie’s willingness to be something of a gadfly in the Republican party shouldn’t be something new to his constituents,” Voss said.

McMurtry struggled to capitalize on the rift between Massie and the president both because of his own social media posts and his comparative lack of funds — Massie has raised $1.1 million compared to McMurtry’s $349,000 — which gave him limited ad purchasing power.

“Not enough people saw the president’s tweet [about Massie]… to make any difference,” the GOP operative said. “That would have been the one issue I would have run on.”

“I thought this was going to be a competitive race. My view was that when Trump pulls his support from you, or attacks you, you’re usually in trouble,” Kraushaar told JI. “Now, that incident seems like ancient history. McMurtry has a lot of baggage, his fundraising has totally dried up since the revelations of his social media was reported on, so Massie should win pretty easily. The only question is the margin.”

McMurtry’s campaign has not garnered an endorsement from the White House, which is unsurprising given the attorney’s past attacks on Trump, where he lambasted the president as an “idiot” who is “unqualified to be president,” among other jabs. Massie has run campaign ads highlighting the posts.

McMurtry admits to being initially skeptical of Trump, but said his views have since changed. “It didn’t take long for me to understand that he was going to govern as a conservative,” he said, “and his policies have been very positive for our nation, for our economy, for Kentucky and for Kentucky’s economy.”

He also understands why he lost broad support following the discovery of his past social media posts.

“I understand why these people dealing in the very difficult circumstance of Washington D.C. did what they did,” McMurtry said. “I don’t have any ill will or bad feelings towards anyone… I understand now that these are just topics that are much more sensitive in Washington than they are in Kentucky.”

McMurtry — who first gained attention representing Nicholas Sandmann, a high school student who sued media outlets over their coverage of his confrontation with a Native American protester — said he wrote the social media posts when he was “upset” about Sandmann’s case and angry with the media. “That was some of my motivation for kind of lashing out like that at the media and other things,” he said.

Ahead of Tuesday’s election, McMurtry acknowledged his long odds. “I think we made a good effort,” he said. “I feel that we have done the best we can with the coronavirus and all the other problems that we’ve confronted. And I think that we have really exposed the complete ineffectiveness of Congressman Massie to the people in the 4th district. And I hope that’ll be persuasive to them as they go to the polls.”