Aiming for KO in KY

The only Republican primary challenger with the backing of the RJC

Todd McMurtry is aiming to unseat Rep. Thomas Massie (R-KY), who regularly votes against his own party 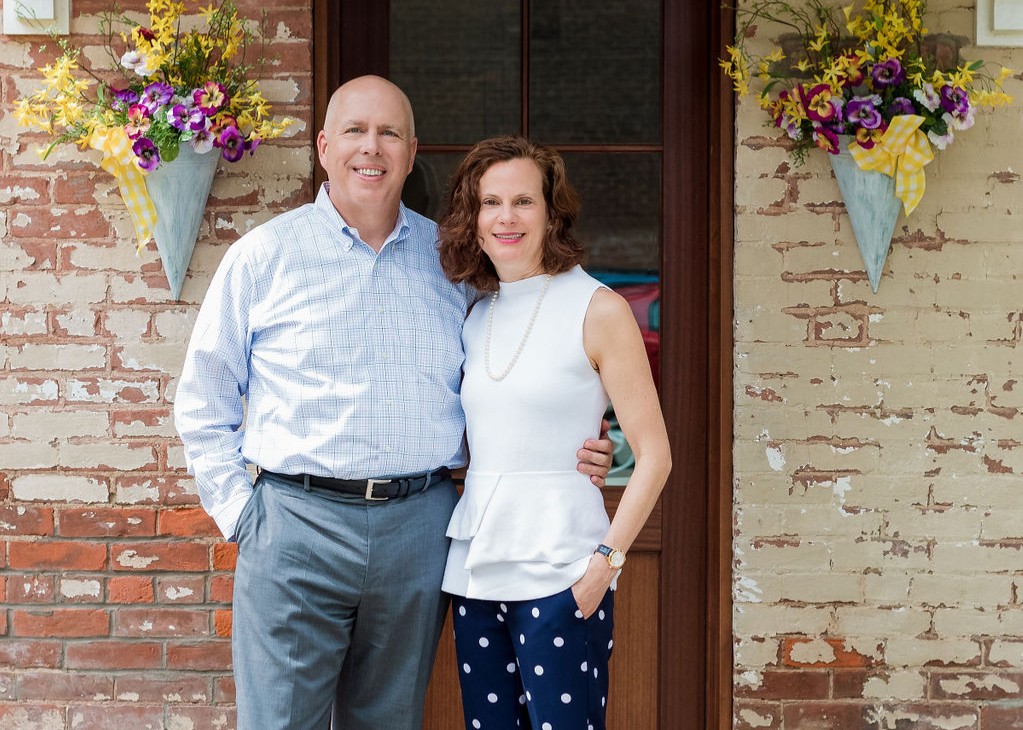 Todd McMurtry and his wife, Cari.

Todd McMurtry is a seasoned trial attorney who first received national exposure after representing a student filmed in a confrontation with protesters after last year’s March for Life in Washington, D.C. The lawsuit, filed against media organizations for their coverage of the incident, drew national headlines. But it was President Donald Trump’s tweets on Friday against libertarian Rep. Thomas Massie (R-KY) that put the spotlight on McMurtry, who is challenging the four-term incumbent for his seat in Congress.

Details: McMurtry, who launched his campaign in January, is challenging Massie in the June 23 Republican primary for Kentucky’s 4th congressional district. In 2018, Massie won re-election with 62% of the vote.

Background: McMurtry, 57, grew up in Covington, Kentucky. After graduating from Covington Latin School and Centre College in Danville, Kentucky, he studied law at Salmon P. Chase College of Law, affiliated with Northern Kentucky University. He now works as an attorney focusing on mediating commercial disputes. In 2019, after 28 years of practicing law, McMurtry was selected among the top 50 Kentucky super lawyers. He also spent several years in Washington D.C. as a fundraiser for the Republican National Committee.

Stepping up: In a phone interview with Jewish Insider on Sunday, McMurtry said he was in Dallas, Texas, last fall visiting his daughter and grandchildren when the entire family caught a cold. “So I spent too much time on social media and I saw things that Thomas Massie had posted that were, I thought, pretty upsetting,” he recounted. “I followed him for a long time and saw his questionable votes. And I said we’ve really had enough of this guy and his crazy votes — we have to do something about it. I posted something on Facebook and people started to contact me to run for office. So I did some inquiries and polling and all that stuff and decided that we had a shot and I was going to try it.”

Massie’s move: It was Massie’s push last Thursday for a recorded vote — a move that forced a number of lawmakers to return to Washington amid the coronavirus crisis — that upended the course of McMurtry’s campaign. “[Massie] seems to be generally an attention seeker on libertarian issues, and so we weren’t surprised to learn that he planned another stunt,” McMurtry noted. “But to be honest, the way he self-destructed was surprising I think to everyone. It doesn’t seem to have any logic or reason other than just a pure adherence to libertarian principles, which are not the principles of the 4h district in Kentucky.”

Trump factor: McMurtry told JI that Massie’s recent actions will push away the president’s supporters, estimating that Republicans in the district “are over 90% pro-President Trump. They don’t like to see what [Massie] did. And I think he shot himself in the foot.” As for Trump, “of course, we would welcome his endorsement,” McMurtry said. In an attempt to get the president’s ear when he visited his Mar-a-Lago resort last month, Massie ran a TV ad airing on Fox News in South Florida branding McMurtry a “Trump hater.”

RJC boost: The Republican Jewish Coalition announced on Friday that it is backing McMurtry and will actively fundraise for his campaign, describing Massie as “the only anti-Israel member of the House GOP caucus.” This marks the first time the RJC is supporting a primary challenger to an incumbent. In January, the group’s executive director, Matt Brooks, told Jewish Insider that the RJC will not support Massie — along with three other Republican House members — after they voted against the bipartisan Never Again Education Act, legislation to authorize new funding to help schools teach students about the Holocaust and antisemitism. McMurtry told JI he was “thrilled” and feels “very honored” to get the RJC endorsement, “and we intend to make that endorsement pay off for the RJC by winning this race.”

Massie stands alone on Israel: Massie was the only Republican to vote “no” on a House resolution (H.R. 246) last year condemning the Boycott, Divestment and Sanctions (BDS) movement. In 2014, he was the only member of Congress from either party to oppose the U.S.-Israel Strategic Partnership Act. Later that year, Massie voted against sending emergency aid to Israel to boost the Iron Dome program during Operation Protective Edge in Gaza. In 2016, Massie was again the only House member to oppose extending sanctions against Iran and was the only lawmaker to vote “present” on the 2015 Iran nuclear deal.

McMurtry’s case: The Republican candidate stressed that support for a strong U.S.-Israel relationship “actually plays very well here in Kentucky” and is of “primary importance” for voters. “I know that the people here want their elected representatives to be strong supporters of Israel,” McMurtry said. “I share that support both personally and politically.” McMurtry called Massie’s vote against the anti-BDS resolution “pretty crazy” and “odd.” He said he would have voted “in favor of a resolution opposing and condemning the BDS movement,” as well as in favor of a House resolution reaffirming U.S. support for the two-state solution.

Working across the aisle: “I think what would be great if I got elected, especially for Israel, is that I’ve negotiated so many deals among conflicted parties,” McMurtry said, pointing to his mediation experience. “I have handled cases as an attorney where I’ve been an advocate and then a negotiator. So I do believe that I will be a very effective voice for Israel because of those skill sets. And that would include working with the Democrats to find compromise and mutuality on important issues.”