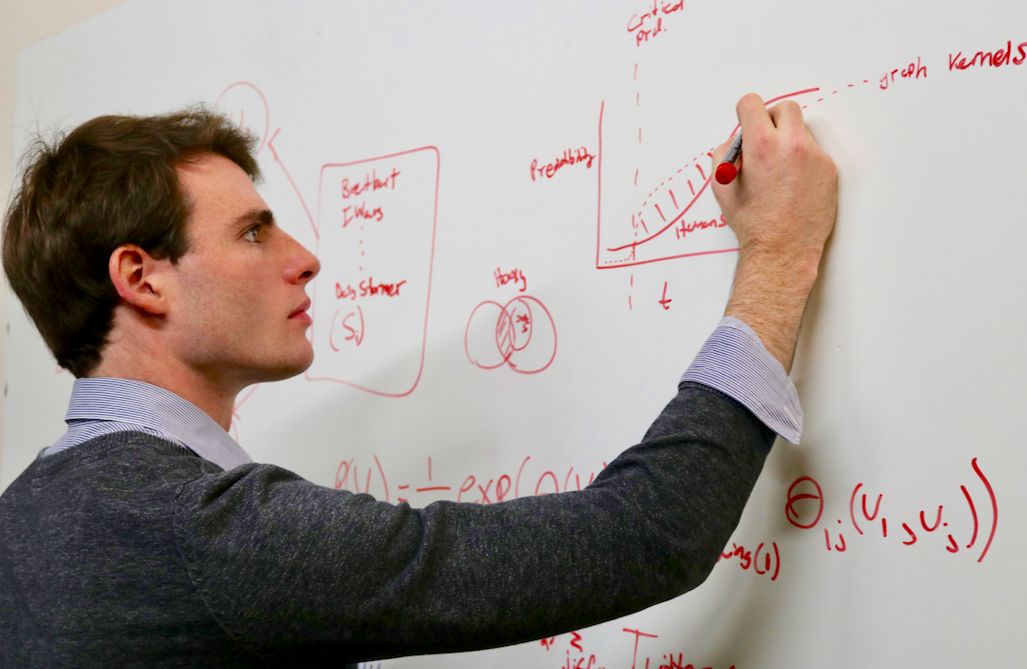 In the race to track the novel coronavirus, a 23-year-old computer science whiz has devised a unique approach that, he hopes, communities around the globe will use to curb the spread of COVID-19.

Aron Szanto, a researcher at Harvard University and an engineer at Kensho Technologies, a machine learning company in New York, co-founded the nonprofit Zerobase Foundation a little over a month ago with the goal of developing a contact tracing platform that would serve, in large part, as an alternative to contact-tracing apps that pose privacy issues for users who don’t want their every move logged by third parties.

The method is relatively low-tech. It involves distributing QR codes on pieces of paper in highly trafficked locations such as banks, pharmacies and grocery stores — where the disease is likely to spread — as well as hospitals, doctor’s offices and other medical sites, where patients who may have the virus go to get tested.

“If people are scanning the codes around their neighborhood, when one person gets infected, we can trace back and figure out who else might have been in the same place at around the same time or even a little bit after,” Szanto told Jewish Insider in a recent phone interview from his apartment in New York. “And so we’re able to do things like recommend that they self-isolate out of an abundance of caution.”

According to Szanto, the information collected by Zerobase is completely anonymous. Users can either provide their phone number when they check in or they will be alerted to a threat the next time they scan. If after two weeks — the amount of time it takes for the virus to incubate — no alarms have been raised, your information is deleted from the Zerobase system.

The approach, Szanto said, has been pilot-tested in a small town outside the German city of Cologne — and a paper from the Max Planck Institute found that QR check-ins could help inform containment measures — but it has yet to be deployed on a mass scale.

Still, Szanto believes that the Zerobase contact tracing method will be particularly effective in rural communities, where the disease has yet to crest and where advanced technologies may be scarce.

“The whole point of this is that it is accessible to anyone with nothing more than a computer and a printer,” he averred.

Zerobase — whose name is a playful reference to a database that contains no sensitive identifying information — has been in talks with communities in New Jersey, Ohio, Texas, Colorado, Massachusetts, Germany, Ireland and Slovakia, as well as a couple of African countries, according to Szanto.

The approach used by Zerobase is in many ways more effective than app-based, digital contact tracing, Szanto believes, because it does not rely on users self-reporting that they have tested positive.

Szanto also contends that QR codes save time relative to the manual contact tracing conducted by public health officials, though he hastens to add that his nonprofit is not out to replace such work. “We’re trying to give them superpowers,” he said.

Some experts agree that Zerobase’s approach could yield fruit. “It does not require people to install any app and thus is more likely to be used by everyone in a community, not only the tech savvy,” Manuel Gomez-Rodriguez, an author of the Max Planck Institute study, told JI in an email.

The New England Complex Systems Institute supports the effort. Blake Elias, a researcher at the think tank, has been involved with Zerobase for several weeks. There are many advantages to QR check-ins, he told JI. “You don’t need a phone that supports Bluetooth,” he said, referring to the wireless technology that apps use to identify who has crossed paths with whom.

“This makes Zerobase more accessible for communities which have older or less-advanced mobile devices,” Elias said, “especially lower-income and older populations — the groups which are most at-risk right now.”

Still, Frank Dignum, a professor in the department of computer science at Umeå University in Sweden and an expert on contact tracing, is skeptical.

For one thing, he said, because the check-ins are based on voluntary use, it’s unlikely that many people will opt in. “So, my first impression is that it will be good for privacy,” he told JI, “but probably not very effective.”

Despite Dignum’s doubts, the nonprofit has grown considerably over the past month or so, having amassed around 170 volunteers. It has partnered with institutions like Harvard and companies such as Amazon, which, Szanto said, has provided free cloud computing services.

For his part, Szanto — whose work, until a couple of weeks ago, was primarily focused on misinformation and the spread of fake news throughout social networks — believes that Zerobase is the best avenue through which he can do his part to take on the coronavirus and flatten the curve.

He makes no claim that his approach represents any sort of panacea.
“The secret is that no one solution is going to be the solution,” he said. “Zerobase is building just one of the many vital components of this eventual constellation of solutions that are going to get us out of this mess.”