A Great Neck rabbi becomes a medical supplier and his yeshiva, a distribution center 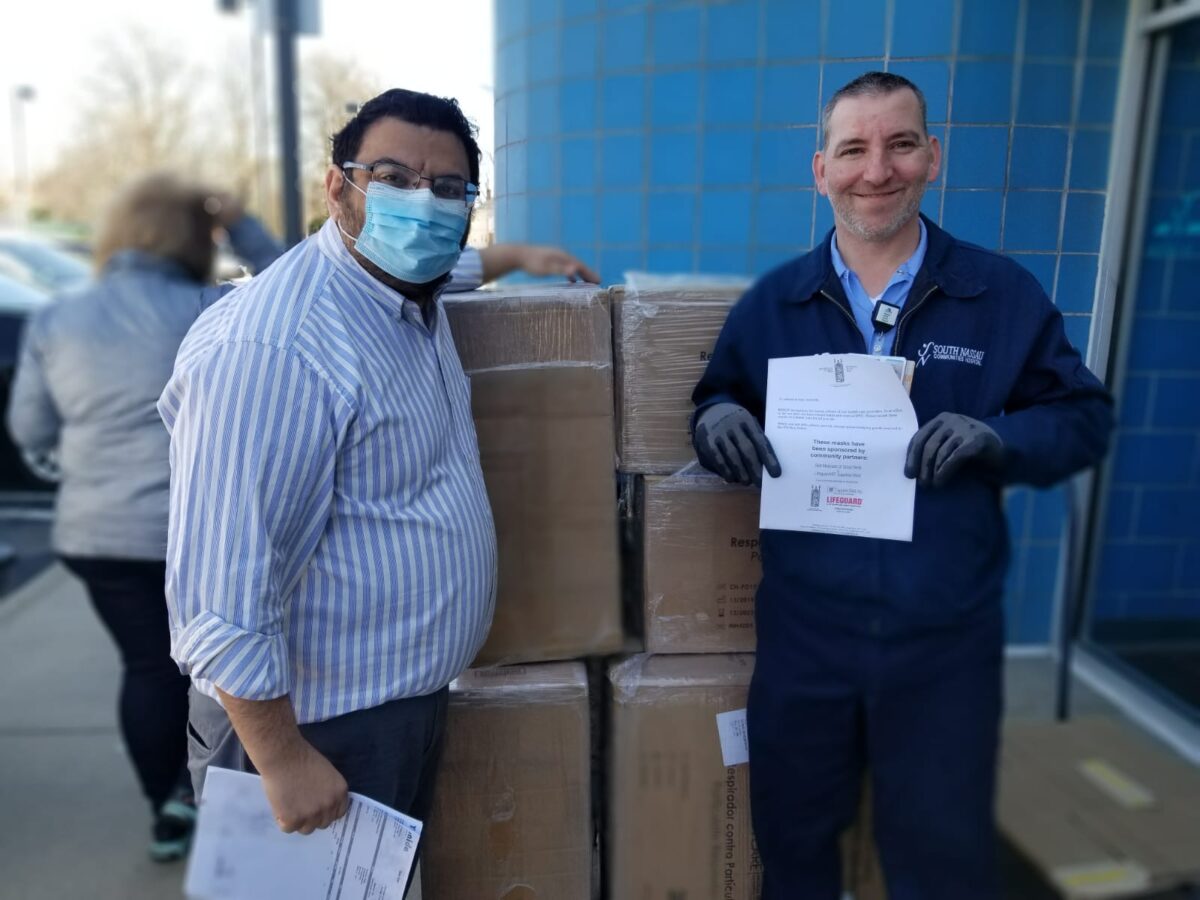 Lately, though, he has been using his school as a makeshift distribution center from which he delivers thousands of masks and hand sanitizer dispensers — for free — to New York City hospitals, which are in desperate need of personal protective equipment as COVID-19 continues to spread.

The story of how Rubin got here is a fortuitous one — and an example of the many selfless acts being carried out by private individuals in response to the pandemic. It is also, the rabbi said, an illustration of what can be accomplished when businesses make an effort to perform charitable acts in a time of crisis.

In mid-March, Rubin got a call from Stephen Odzer, a business associate in Nevada who distributes janitorial supplies and other products. Odzer wanted to know if the rabbi could find investors to help buy more masks and hand sanitizer, which had become increasingly difficult to find.

But the 35-year-old rabbi had another idea.

He would be glad to help out on the business side, he told Odzer — a Brooklyn native whose son studies at the rabbi’s yeshiva — but why not perform a good deed in the process and give some of the goods to New York’s hospitals in desperate need of them?

“My feeling was that if we’re not going to help the people who are helping us, that’s just very callous,” Rubin told Jewish Insider.

Odzer was immediately receptive, agreeing to an initial charitable donation of $100,000 worth of goods. He also promised to ship whatever else the rabbi asked for at cost and on credit.

“It’s a drop in the bucket of what’s needed, but we’re doing our part,” Odzer told JI.

Since the call, Rubin has delivered 35,000 N95 respirator masks and 4,000 hand sanitizer dispensers to hospitals including Mount Sinai, Maimonides and Long Island Jewish Medical Center, he said. Another order of 50,000 masks and 8,000 dispensers, the rabbi told JI, is expected to arrive in New York this week.

He also said that — independently of his collaboration with Odzer — he had obtained two ventilators while soliciting funds.

Ultimately, Rubin hopes to procure at least $2 million worth of goods for local hospitals. On Wednesday night, he set up a GoFundMe page with that in mind, and has raised nearly $400,000 as of this writing. Some of the 49 donations are hefty, including one for $75,000.

Rubin has enlisted a neighbor, Gabi Aharoni, who owns an importing and exporting company, to help package and ship the supplies once they arrive at the yeshiva.

Medical workers and first responders have been “so appreciative,” the rabbi said. “It’s very clear that there’s a need and they have been ecstatic about it.”

The rabbi acknowledges that his effort is a relatively small one. “I’m not going to actually make some massive impact,” he told JI. Still, he hopes that his work will spur other businesses to pay it forward by connecting with charitable organizations in this moment of crisis.

Already, he said, two people who have found out about his work have been inspired to do something similar — an indication, he said, that a chain reaction of good deeds could have a larger impact than his sole effort could. “If I can do a million dollars worth of charity and 100 more people join me, that’s $100 million worth of charity happening,” Rubin said.

While he worries he may catch the virus himself as he works to help New York’s medical professionals, he said that wouldn’t deter him.

“Exposure is never pleasant for anybody,” he reasoned. “I spoke to my wife about it when I was doing this, and generally, staying home would be a lot more convenient. But again, if I don’t do this, then how do the first responders and the doctors do their jobs?”

“We have to be willing to put ourselves out there,” he said.