Josh Shapiro to use Tree of Life Bible at Pa. governor inauguration

The Bible, which was on the bima at the Pittsburgh synagogue during the 2018 shooting, is one of three Shapiro will use at Tuesday’s inauguration 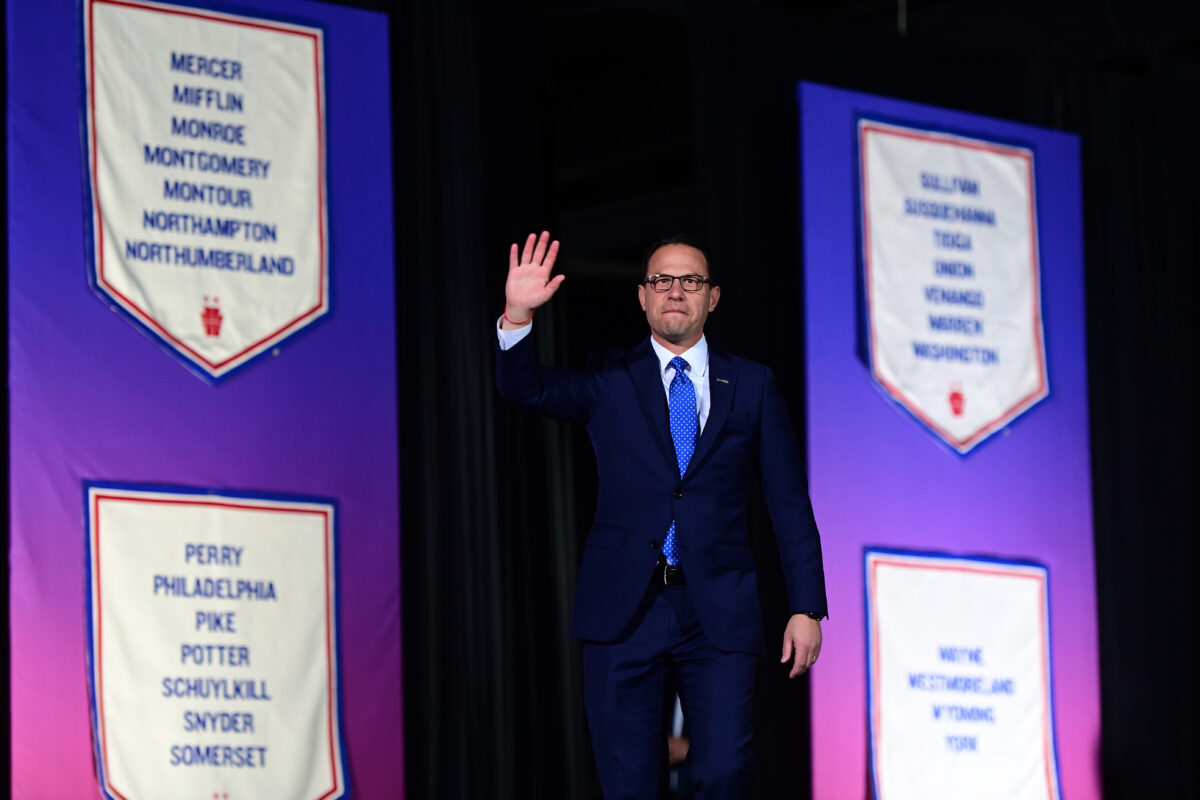 When Josh Shapiro is sworn in as Pennsylvania’s governor next week, he will take the oath of office on a stack of three Hebrew Bibles, including one that was on the bima, or prayer platform, at Pittsburgh’s Tree of Life synagogue during the 2018 mass shooting that killed 11 worshippers.

“It was regularly used on Shabbat mornings, and would have been used that fateful morning, but the services were abruptly interrupted by gunfire,” Rabbi Jeffrey Myers, the spiritual leader at Tree of Life, told Jewish Insider. “The Bible survived without any damage and Tree of Life is honored by its presence at the inauguration.”

On the campaign trail, Shapiro’s Jewish identity played a prominent part in his pitch to voters. One campaign ad showed his family having Shabbat dinner, which he pledged to continue in Harrisburg. In his stump speech, and in his election night victory speech, Shapiro quoted from Pirkei Avot, or Teachings of Our Fathers: “No one is required to complete the task, but neither are we free to refrain from it,” he told a cheering crowd in November.

Shapiro, Pennsylvania’s outgoing attorney general, will also use the same family Bible he has used at each swearing-in since he was first elected to the Statehouse in 2004, a spokesperson for Shapiro confirmed to JI.

The third Bible — a copy of “Readings from the Holy Scriptures for Jewish Soldiers and Sailors,” which was given to soldiers when they entered the military — belonged to Herman Hershman, a World War II veteran who earned a Purple Heart and Bronze Star on D-Day. Hershman, who died in 2013 at age 88, attended Beth Sholom Congregation, the same suburban Pennsylvania synagogue that Shapiro attends. The Bible is on loan from the Weitzman National Museum of American Jewish History in Philadelphia.

Shapiro “does not [go to my synagogue],” Marx told JI at Shapiro’s election night party in November. “I go to his synagogue, because he is a man that represents my values. He speaks to my heart. He speaks to my soul. And he speaks to what I believe America should be.”