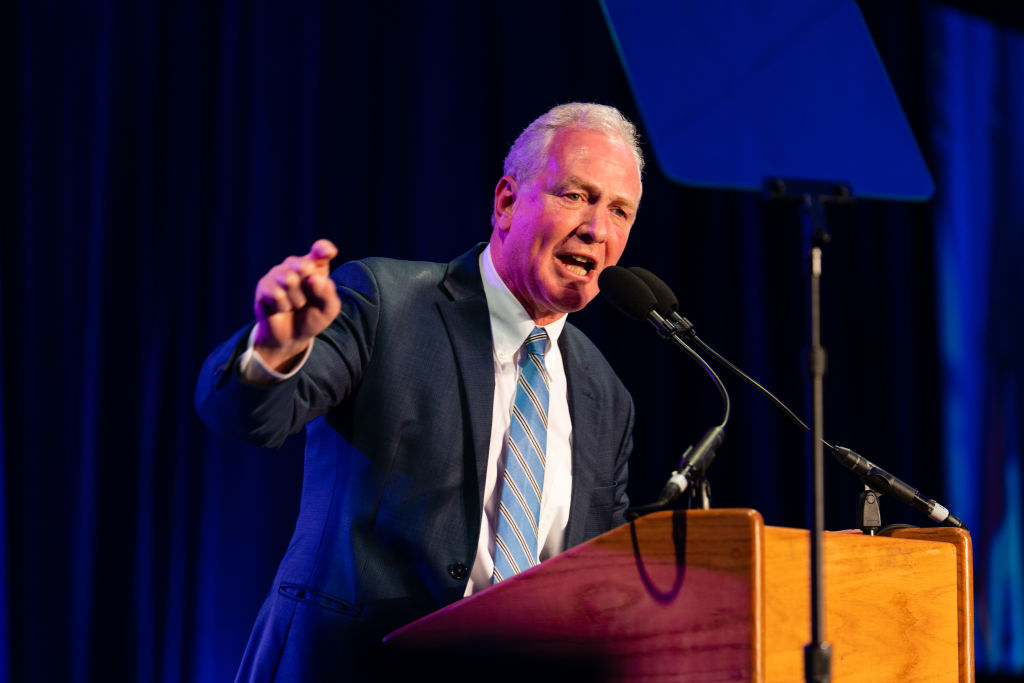 Photo by Eric Lee for The Washington Post via Getty Images

The Biden administration “missed an opportunity” to reenter the Iran nuclear deal early in its term, Sen. Chris Van Hollen (D-MD) said at a forum at the University of Maryland last week.

“I think that the Biden administration missed an opportunity early on to simply return to the JCPOA,” Van Hollen argued during the virtual event hosted by the Anwar Sadat Chair for Peace and Development and the College of Behavior and Social Sciences at the University of Maryland, referring to the Joint Comprehensive Plan of Action, the official name for the nuclear deal signed in 2015. “I do believe that it was a missed opportunity earlier in this administration to move forward, and I don’t know what will happen next.”

Secretary of State Tony Blinken offered a distinctly different narrative than Van Hollen about the path back to a deal during his confirmation hearing in January 2021, describing a renewed deal as “a long way” off at that time.

Talks regarding reentry into the deal have remained stalled since the late summer, after Iran made what the administration has described as “extraneous” demands outside the scope of the talks.

Van Hollen, who has been a prominent critic of Israeli policy in the Senate, called the emerging Israeli government coalition, featuring several far-right ministers, “a very worrisome development” and a “very, very difficult moment.”

He added, “I know that the Biden administration is in the process of doing everything they can to try to limit the potential for damage of the inclusion of these extremist elements within the governing coalition,” and said he believes the administration “is weighing its options and doing what it can right now, behind the scenes to signal to [Israeli Prime Minister-designate Benjamin] Netanyahu what its limits will be.”

Van Hollen added that the Biden administration will need to be “very clear that we will be calling out human rights abuses when we see them,” and raised particular concern that the U.S. not be involved in any efforts to extend or tighten Israeli control over the West Bank.

Van Hollen was present at a meeting last week between Senate Democrats and Jewish community leaders where Jewish leaders offered differing views on how to approach disagreements with the new government. Israel Policy Forum Chair Susie Gelman, an ally and constituent of Van Hollen, told JI that she “expressed grave concern about some of the extremist, right-wing elements in the incoming government coalition, the responsibilities that they are being given and the threat, long term, to the two-state solution.”