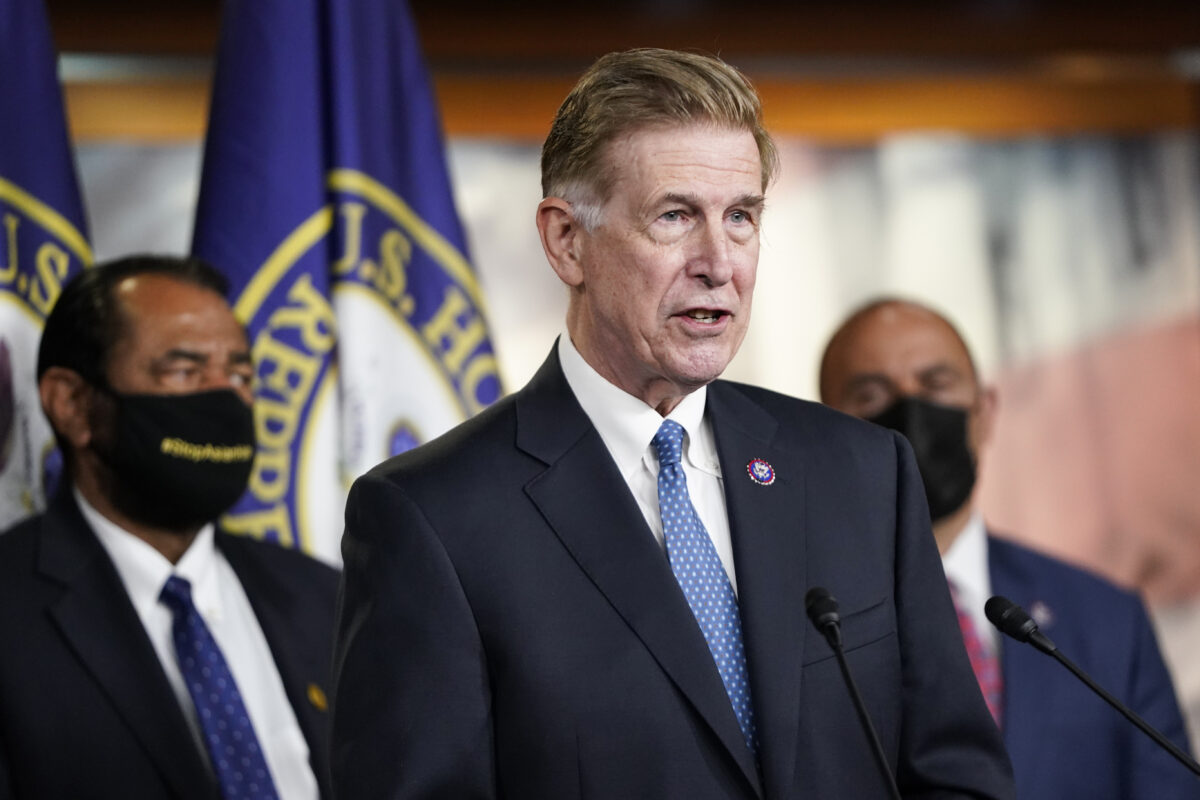 The lawmakers, led by Rep. Don Beyer (D-VA), wrote to Secretary of State Tony Blinken last week to highlight restrictions on U.S. citizens traveling to the West Bank and arguing against Israel’s inclusion in the program.

Israel does not currently meet the strict standards necessary for inclusion in the program. Talks on the issue between the Biden administration and the Israeli government are ongoing. Department of Homeland Security Under Secretary for Policy Rob Silvers told Jewish Insider in December 2021 there are “no timelines announced” for the project.

“It is incumbent on Israel as a key U.S. ally and beneficiary of significant aid to treat U.S. citizens with dignity and respect regardless of race, religion and ethnicity and it is especially pertinent at this time,” in light of the VWP discussions, the letter reads. “Israel has consistently refused to extend fair treatment to U.S. Palestinian-American visitors attempting to travel through Israeli controlled entry points.”

Many of the signatories are frequent critics of Israeli policy, and some have previously written to the administration on this issue in more strident terms.

The letter goes on to highlight new restrictions on West Bank entry that the signatories describe as “onerous and discriminatory” and say “impact the ability of Americans to travel and reside in the occupied West Bank, and lead to many Americans being denied entry.”

The signatories urge the State Department to “act to mitigate the effects” of these regulations by establishing a reporting system and hotline to track how many Americans are denied entry to the West Bank, with monthly reports on this data, as well as to pressure Israel to withdraw “discriminatory” entry regulations.

The letter adds that facilitating travel between the U.S. and Israel “is an admirable goal” but argues that “the strengthening of this critical relationship cannot be at the expense of American grandparents who simply wish to visit their grandchildren, or at the expense of those Americans who conduct… lawful activity in territories controlled by Israel.”

Senators and House members from both parties have written to the administration to urge officials to work toward including Israel in the program.

“Israel’s participation in this program would grow the U.S. economy, strengthen national security at each of our borders, and increase opportunities for people-to-people exchange, which bolsters our already unique bilateral relationship,” nearly 60 bipartisan House members said in a letter last year urging the administration to “expediently” admit Israel to the program.

In a similar letter over the summer, 18 bipartisan senators argued that adding Israel would grant economic, tourism, and security benefits for the U.S., urging the administration to formally nominate and certify Israel as eligible for participation in the program.

Israeli authorities confirmed last week that they would permanently open the Allenby crossing between the West Bank and Jordan 24 hours a day starting in early November.

U.S. Ambassador to Israel Tom Nides praised the move as “good for Palestinians, good for Israel, good for America.”

During his visit to Washington last week, Israeli President Isaac Herzog praised administration officials for their work on the VWP issue, and said that “we are looking forward to getting this completed.” Israeli Interior Minister Ayelet Shaked said in late 2021 she expected Israel to be added by 2023.