‘The Administration’s continued work to include Israel in the VWP is deeply troubling,’ Tlaib wrote to colleagues 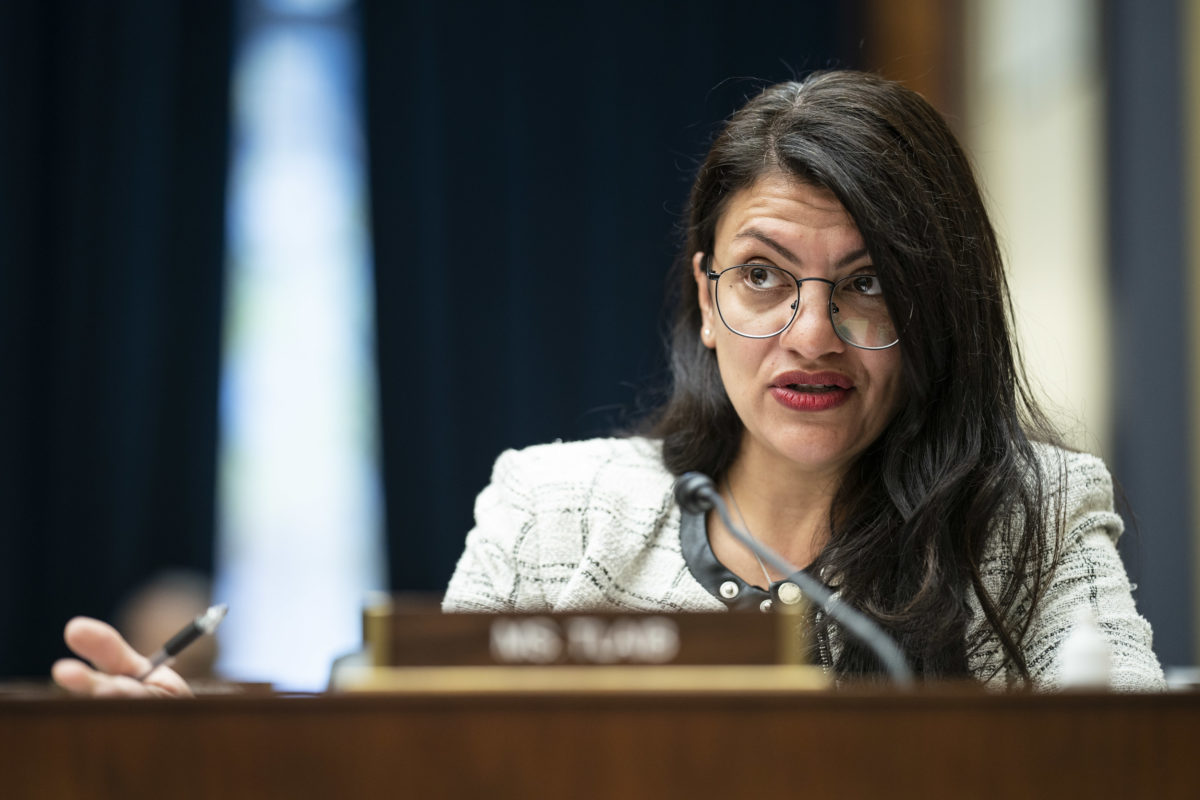 Rep. Rashida Tlaib (D-MI) is soliciting signatures from House colleagues on a letter arguing against Israel’s inclusion in the Visa Waiver Program.

In the letter, which was obtained by JI, the Michigan congresswoman pushes back on ongoing talks between Israel and the Biden administration over the program, which allows foreign citizens to enter the U.S. for 90 days without applying for a visa. Israel has long sought to be included in the VWP, but has not hit the required benchmarks, such as a low visa rejection rate.

Tlaib alleged that Israel’s “discriminatory policies” make it ineligible for inclusion in the Visa Waiver Program.

“The Administration’s continued work to include Israel in the VWP is deeply troubling given that Israel appears to be, as the Institute for Middle East Understanding notes, patently ineligible due to its flagrant discrimination against Palestinian, MENA, Muslim and pro-Palestinian American citizens at its points of entry,” Tlaib wrote in a cover note to colleagues soliciting signatures for the letter, which was obtained by Jewish Insider.

Department of Homeland Security Under Secretary for Policy Rob Silvers told JI in December that the administration has “no timelines” for Israel’s admission and Israel will “have to meet all the requirements for program participation,” but said the issue is a “high priority.”

The congressional letter, addressed to Secretary of State Tony Blinken and Secretary of Homeland Security Alejandro Mayorkas, has been co-signed by Reps. Betty McCollum (D-MN) and Alexandria Ocasio-Cortez (D-NY), according to a memo obtained by JI. It is open for additional signatures until the close of business on Monday.

The letter argues that new Israeli procedures published in February “represent a clear Israeli intention to restrict the entry of certain American travelers seeking entry to the occupied West Bank.” This “disparate treatment is particularly perplexing” in light of Israel’s efforts to join the VWP, the letter reads.

The legislators also accuse Israel of “discriminatory and racist entry policies toward U.S. citizens based on their ethnicity, religion, and/or freedoms of expression and association,” and argue that the State Department’s own travel guidance for the region supports such a conclusion.

It further highlights several other Israeli immigration provisions and incidents — including Israel’s restrictions on Tlaib and Rep. Ilhan Omar’s (D-MN) attempt to visit Israel in 2019 — that the signatories say should disqualify Israel from joining the VWP.

The letter poses numerous questions to the two cabinet officials regarding the deliberations over Israel’s eligibility, including whether Israel would be added to the program if it lowers its rate of visa rejection but “continues to prevent Americans on the Palestinian population registry from using Ben Gurion Airport or require special conditions for their use.”

It also asks what information about Americans would be shared with Israel under the information-sharing provisions of the VWP.