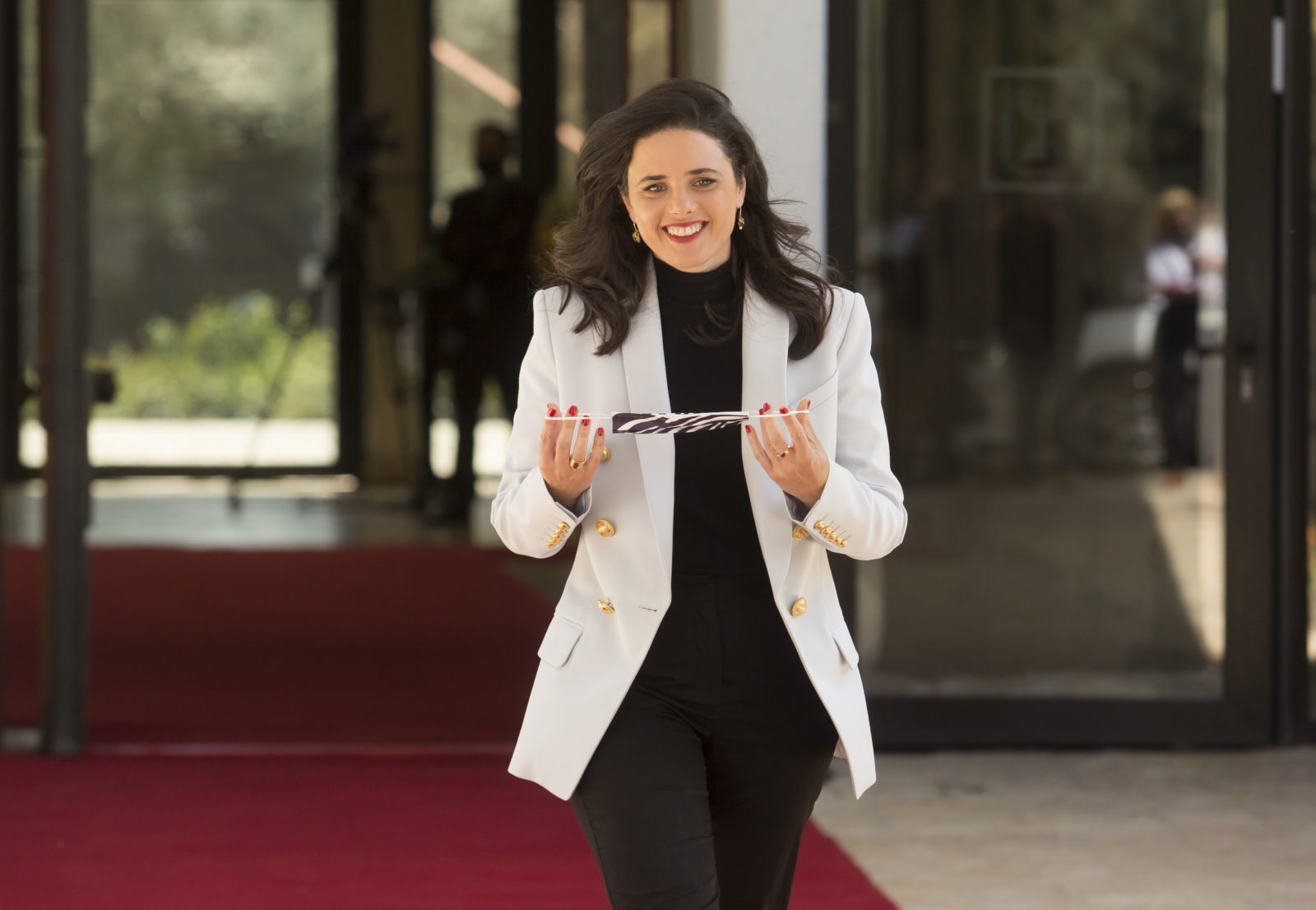 With wait times for U.S. visas currently topping more than a year, Israeli leaders are stepping up efforts to join the Visa Waiver Program

When it comes to visiting the United States, Israelis sometimes feel like the proverbial child: Nose pressed up against the window of the candy store: so near, yet so far.

Unlike entry to Europe and most states in Asia, to visit the country government officials like to refer to as their closest and most strategic ally, Israeli citizens must obtain a visa — a bureaucratic and burdensome process to which most equivalent visitors to Israel are totally oblivious.

Now, with wait times for U.S. visas topping more than a year, Israeli leaders, including Prime Minister Naftali Bennett, are stepping up efforts to get the Jewish state included in a special Visa Waiver Program that allows 90-day visa-free tourist and business visits. And, they are hopeful it could happen as soon as 2023.

Yet major obstacles exist to Israel’s inclusion in the program. The percentage of Israeli visa applicants rejected annually remains high, well above the cut-off allowed and, in the past, American officials have raised concerns about Israel’s treatment of Palestinian-Americans at its borders, among other things.

Bennett discussed the issue during a meeting with President Joe Biden last August in Washington, D.C. The president said at the time that he was committed to “working together towards Israel’s inclusion in the Visa Waiver Program.” Last week, while in the U.S., Israeli Interior Minister Ayelet Shaked emphasized the matter to her counterpart, Homeland Security Secretary Alejandro Mayorkas. He later tweeted, “DHS remains committed to working with Israel to help it meet all Visa Waiver Program requirements.”

On Monday, 58 members of Congress sent a bipartisan letter to Mayorkas and Secretary of State Tony Blinken urging that Israel be added to the program. The letter cited U.S. Travel Association figures that more than 400,000 Israelis visited the country annually pre-COVID-19, accounting for $1.2 billion in spending annually.

But, it is unclear how much sway, if any, the letter will have and many in the U.S. and Israel, including those who have worked on this in the past, remain skeptical that Israel will find a way to qualify in the near future.

Approved by Congress in 1986, the Visa Waiver Program has strict requirements — a visa application refusal rate below 3%, reciprocal entry policy, as well as biometric passports and the sharing of criminal databases. Currently, only 40, mostly European, countries enjoy the benefits of the coveted program.

“I have been dealing with this issue for more than a decade,” Shaked told Jewish Insider from Washington, last week. “I worked with Mayorkas during the Obama administration and we have identified the problems.”

Shaked, who served as justice minister from 2015-2019, told JI she was confident Israel would be able to overcome the barriers. She said representatives from her ministry will now meet once a month, virtually, with counterparts at DHS to iron out specifics such as lowering the refusal rate and addressing the problems of U.S. citizens of Palestinian descent entering and leaving Israel.

“On a professional level I know what needs to be done in Israel,” Shaked added, highlighting that both Mayorkas and incoming U.S. Ambassador to Israel Tom Nides, with whom she also met during her visit, “really want this to happen.”

“Mayorkas loves Israel and I know he is dedicated to this,” she said.

Shaked explained that being part of the program would “reduce stress” for many Israelis who want to visit America. “Israel is so close to the U.S. and Americans can enter Israel without a visa, while Israelis need to wait. It is a headache for us.”

“Israelis look at other countries who are in the program and say, ‘Why not us?’” former Israeli Ambassador to the U.S. Michael Oren, who was posted to Washington between 2009-2013, told JI. “They want to go to the U.S. to travel or study. Many have family connections.”

“Politically this would be very popular in Israel,” added Oren, who says he also worked intensely on the issue during his tenure. “I used to tell my staff, ‘Whoever does this, they will erect a statue to them in Dizengoff Square.’”

But Oren remains skeptical that it will happen, despite best intentions.

“The U.S. is going through a period of cutting back on immigration,” he observed. “Americans are not thinking about newly demobilized soldiers who want to go backpacking to the Grand Canyon; they don’t want anyone coming in who will burden the U.S. economy or take jobs.”

Oren did offer some hope, however, saying that the rate of rejection for visa applications was “arbitrary.” In the past, he pointed out, Israel’s rejection rate reached below 2.8%. When former President Barack Obama entered office, the rejection rate increased to nearly 10%. Figures from the U.S. State Department show that the most recent visa refusal rates for Israel were 6.52% in 2020 and 5.33% in 2019.

Israel has pushed to join the program in the past. In 2017, Shaked tried for inclusion but faced opposition over difficulties experienced by Americans of Palestinian heritage at Ben Gurion Airport. Similar concerns were expressed in 2014, when Israel’s Ministry of Foreign Affairs made a formal request to join the program.

In 2013, former Democratic Sen. Barbara Boxer (D-CA) worked on a bill to ease the requirements specifically for Israel but reached the conclusion that “under U.S. law, to enter the Visa Waiver Program, a country’s visa refusal rate must be below 3 percent. Israel’s is at about 10 percent.” And the U.S.-Israel Strategic Partnership Act that followed in 2014 supports Israel’s entry into the program, but only if it meets the requirements.

In response to a request from JI, an official from the U.S. Department of State said, “At this time, Israel does not meet all of the Visa Waiver Program eligibility requirements. The United States is fully supportive of Israel joining the program once it meets all requirements for program participation.”

Scott Lasensky, a senior adviser to former U.S. Ambassador to Israel Daniel Shapiro, told JI that the visa issue “looms large for Israelis,” while “Americans, including American Jews, are nearly blind toward it.”

“It has really outsized impacts on certain segments of Israeli society, thousands of people who work in certain industries, anyone who’s working with the Diaspora, especially North American Jewry,” Lasensky said. “On the radar in America, I know it goes largely unseen. Jewish American groups don’t advocate [for] it, with the exception of AIPAC, and they don’t understand it.”

The Jewish Federations of North America, which employs dozens of Israeli emissaries each year, does not intend to do any advocacy work related to adding Israel to the Visa Waiver Program, a spokesperson told JI.

Lasensky, who was also an advisor to U.N. Ambassadors Susan Rice and Samantha Power, added that “Americans who travel the most to Israel — Jewish Americans, people in high-tech, evangelical Christians — don’t need visas to enter Israel, they just wake up in the morning and buy a ticket.”

“There was probably no issue that Israelis — whether taxi drivers, neighbors where I lived, or people in civil society and political positions — brought up more with me than the visa waiver issue,” he continued.

However, he added, Biden’s statement to Bennett following their meeting might help make a change. “One thing missing until now was attention and commitment at the highest levels,” Lasensky finished. “Now you have that.”