U.S. involvement is likely to be a critical element to any potential Israeli-Saudi normalization agreement 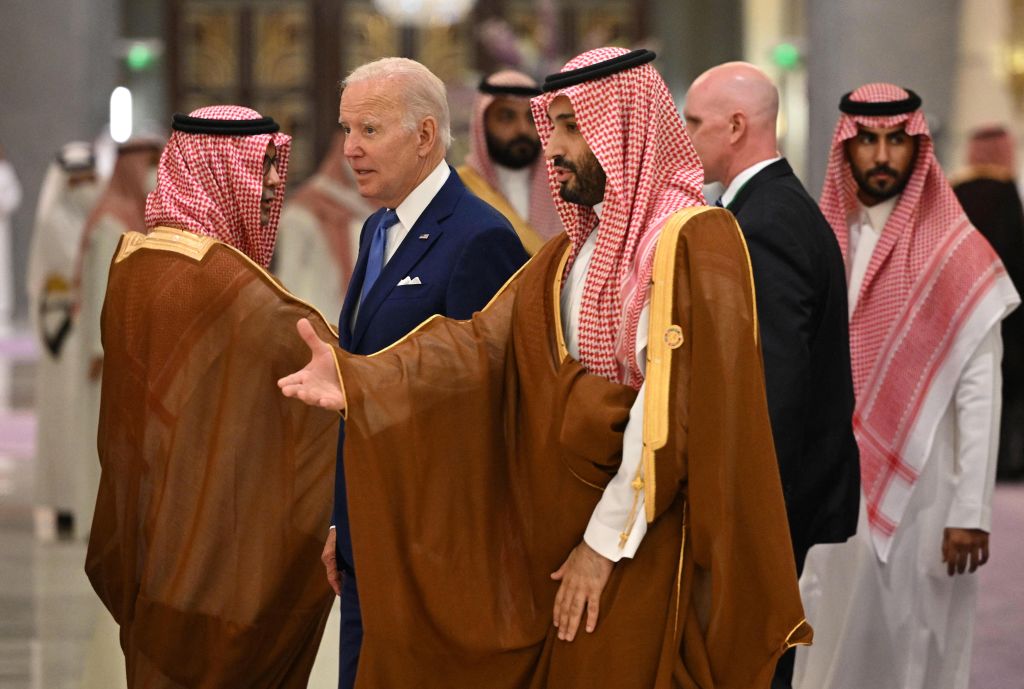 As the Biden administration, backed by influential congressional Democrats, contemplates significant changes to the United States-Saudi Arabia relationship in response to Saudi-driven oil production cuts, some lawmakers on Capitol Hill are urging the administration to work to maintain paths for facilitating Israeli-Saudi normalization and regional security cooperation.

“It’s wholly appropriate for the Biden administration (and Congress) to continually assess the U.S. relationship with the Saudis to identify concrete steps that address their indefensible behavior and to protect U.S. interests in the region,” Rep. Brad Schneider (D-IL) told Jewish Insider last week. “There is no reason we cannot uphold our principles and protect our interests while also continuing to work with our allies and others in the region to advance security and prospects for peace.”

Schneider is a co-chair of the Abraham Accords Caucus, as well as a lead sponsor of the DEFEND Act, which seeks to promote the creation of an integrated Middle East air-defense infrastructure, potentially including both Israel and Saudi Arabia.

“It also damages trust by conditioning regional security on resolution of broader political and energy disputes, a poor precedent,” Ernst wrote in a letter to National Security Advisor Jake Sullivian, adding that “canceling this engagement will stymie ongoing security cooperation necessary to advance stability in the region.”

Hopes both in the U.S. and in the Middle East of progress toward the long-sought goal of normalized ties between Israel and Saudi Arabia were buoyed over the summer by President Joe Biden’s trip to both countries, which was accompanied by an announcement that Riyadh would allow flights to and from Israel to fly over its territory.

But a more strained U.S.-Saudi bilateral relationship would likely pose a significant obstacle to that process, experts told JI this week.

“It all hinges on the U.S. approach to the region. The U.S. brokered the [Abraham] Accords, [and] the countries in the Accords asked for and obtained assurances from the United States in order to join the Accords,” said Rob Greenway, an adjunct fellow at the Hudson Institute who was involved in Abraham Accords negotiations under the Trump administration, referring to Washington’s promises to continue to support and defend the Arab nations who normalized ties with Israel in 2020. “Subsequent countries will be looking for the same, and the degree to which the U.S. is willing to do it will drive normalization.”

Dan Shapiro, the former U.S. ambassador to Israel and a distinguished fellow at the Atlantic Council, said that U.S.-Saudi relations and Saudi-Israel normalization can “in some ways… move on separate tracks” but cannot be totally de-linked.

“If Saudi Arabia had in mind that the moment it decides to normalize relations with Israel, there’s going to be some significant package from the United States, that partnership has to get back on a more stable footing than it is right now,” Shapiro said. “Because that would not be viable at the moment.”

Aaron David Miller, a senior fellow at the Carnegie Endowment for International Peace, echoed Shapiro, noting that the Saudi government likely expects “a lot of benefits” from the U.S. if it were to normalize relations with Israel, which “are going to be harder to accrue if in fact U.S.-Saudi relations are at a downturn.”

Brad Bowman, senior director of the Center on Military and Political Power at the Foundation for Defense of Democracies, said that Israel will likely continue to push ahead toward normalization, but “it seems to make it a little less likely because of the pivotal role that the United States played as a broker in the original Abraham Accords.”

Greenway and Shapiro also noted that the Saudis’ posture could also influence progress toward normalization between Israel and other countries throughout the region.

“Saudi Arabia has enormous gravitational pull,” Greenway explained. “Countries that joined the Accords, especially UAE and Bahrain, did so after consultation with Saudi Arabia and us… We’ve lost some momentum. And Saudi Arabia, I think, if anything, is moving in the opposite direction.”

But he added that “at the end of the day, every country is going to make its own decision,” and demonstrable positive outcomes from normalized relations with Israel would likely be a “magnetic force that is going to encourage other countries to find ways to join.” The U.S.-Saudi clash is unlikely to impact relations between Israel and other countries that have already normalized ties, Shapiro continued.

Bowman said that strained U.S.-Saudi relations would also likely make it more difficult to bring Saudi Arabia and Israel into an integrated missile-defense system, even short of full Saudi-Israeli normalization. But, he added, there are many instances of unofficial Saudi-Israeli military cooperation ongoing in the region.

“Saudi Arabia has no confusion about the threat from the Islamic Republic of Iran,” he said. “And that’s one of the reasons why I think the forces of gravity over time will push Israel and Saudi Arabia closer together to some degree independent of relationships between Saudi Arabia and the United States. But I do believe that the [U.S.-Saudi] bilateral issue will be a factor nonetheless.”

Miller agreed that “under the table” military and diplomatic contact and cooperation is likely to continue.

He also noted that the full picture of the U.S.-Saudi relationship is unlikely to emerge until after the midterms. Should Congress move ahead with cutting off military sales to Saudi Arabia or withdrawing U.S. troops and systems from Saudi Arabia, as some Democrats have proposed, “that certainly would affect adding the Saudis to any ongoing Israeli-Bahraini-Emirati maritime cooperation or regional integrated missile defense. That will have a chilling effect.”