Ahead of Tuesday primaries, the lineup already appears to be set in Rhode Island’s 2nd District, where Democrat Seth Magaziner leads the pack and GOP opponent Allan Fung has no competition 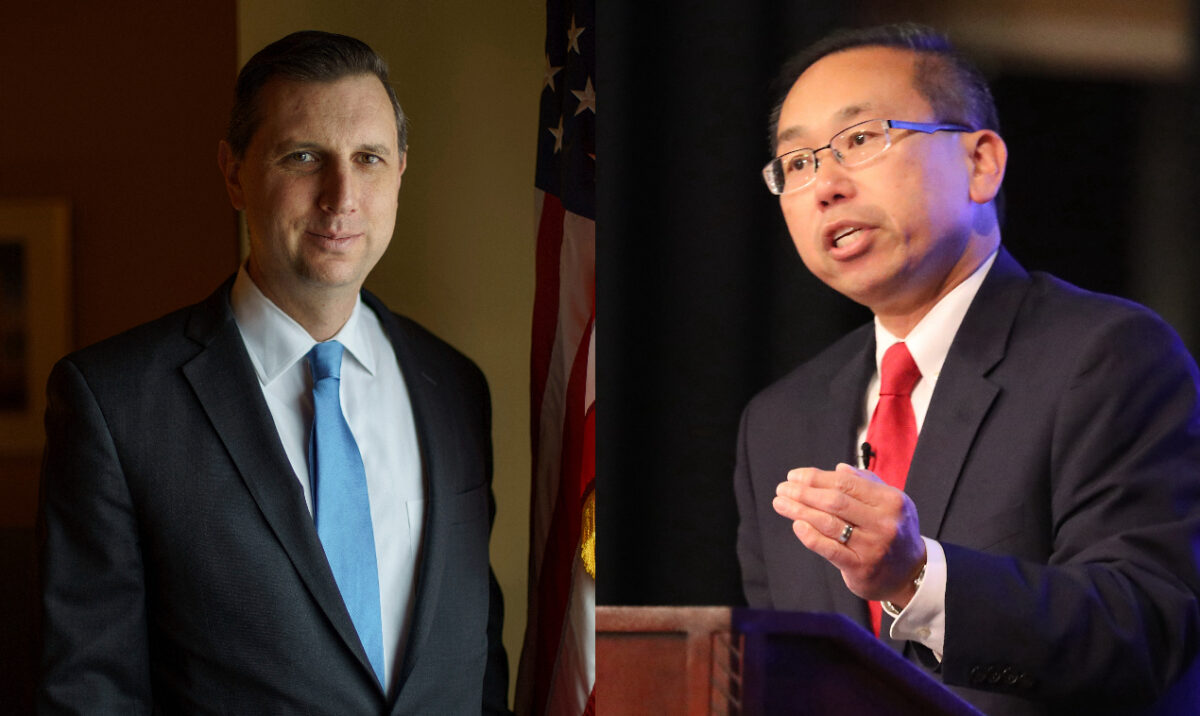 In the entire New England congressional delegation — the members of Congress spanning Connecticut, Rhode Island, Massachusetts, Vermont, New Hampshire and Maine — there is a single Republican: Sen. Susan Collins of Maine. Rhode Island Republicans are hoping that could change this fall in a political environment expected to be unfavorable to Democrats.

Ground zero, according to political analysts, is Rhode Island’s 2nd District, an open seat that Democrats are looking to hold onto after Rep. Jim Langevin (D-RI) announced his decision not to seek a 12th term. Voters in the district, which includes parts of Providence and the entire western half of the state, go to the polls Tuesday on the last primary election date of the year.

The race’s frontrunner, Rhode Island General Treasurer Seth Magaziner, has already turned his attention to the general election. (His spokesperson declined to make him available for an interview last week but offered to arrange an interview for after the primary.)

“I think if anybody has momentum [going into the general election], it would be Magaziner, because Magaziner is poised to really have a big win [this] week,” said David Paleologos, who has conducted polling in the district as director of the Suffolk University Political Research Center.

“The race has been unusually sleepy,” said Adam Myers, associate professor of political science at Providence College. Elsewhere in Rhode Island, candidates are battling in several competitive Democratic primaries — in statewide races and in legislative districts, where moderate and progressive Democratic factions are battling for control of the state legislature.

“Everybody earlier in the year thought that the [2nd District] race would be a major part of that, or at least the Democratic primary would be,” Myers added. “That just has not turned out to be the case because it appears as though the party rank-and-file has largely unified around Magaziner.”

Foreign policy has not come up in the primary, and neither Magaziner nor Fung include any foreign policy issues on their campaign websites.

Residents of the 2nd District voted for President Joe Biden by 12 points in 2020, but Republicans view it as a possible pickup opportunity. The National Republican Congressional Committee includes it among the 75 districts it will be targeting this fall.

A poll conducted in June by Suffolk and The Boston Globe showed Fung leading Magaziner 44.9% to 38.5% in a head-to-head matchup.

Fung “has support among independents,” said Paleologos. “That tells me that Fung is not just a MAGA Trump candidate or even a strictly Republican candidate. He’s reached across — he’s identified positively by independents in that congressional district, more so than Magaziner is.”

Democrats attacked Fung in August for hosting a fundraiser in the district with House Minority Leader Kevin McCarthy (R-CA), which Fung did not share himself until McCarthy tweeted a photo of the two men.

“This is, I think, pretty clearly going to be the Magaziner playbook, talking about how Fung is a vote for Kevin McCarthy to be speaker, [that] it’s a vote against codifying Roe v. Wade,” said Myers.

But Fung has tried to paint himself as coming from the center. “I’ve always been that middle-of-the-road, common sense-type person,” he told Politico in August. Democrats are “talking like, ‘Oh, there’s this radical Republican.’ That’s not me.”

A victory for Fung would help Republicans take back control of the House. But it would also “be something symbolically very important,” added Myers. “It would suggest that the old-school New England quote-unquote moderate Republican, that breed has not died out.”