The St. Louis JCRC director tweeted, and subsequently deleted, that it was an ‘honor to host’ Bush alongside photos of the congresswoman with a group of local Jewish leaders 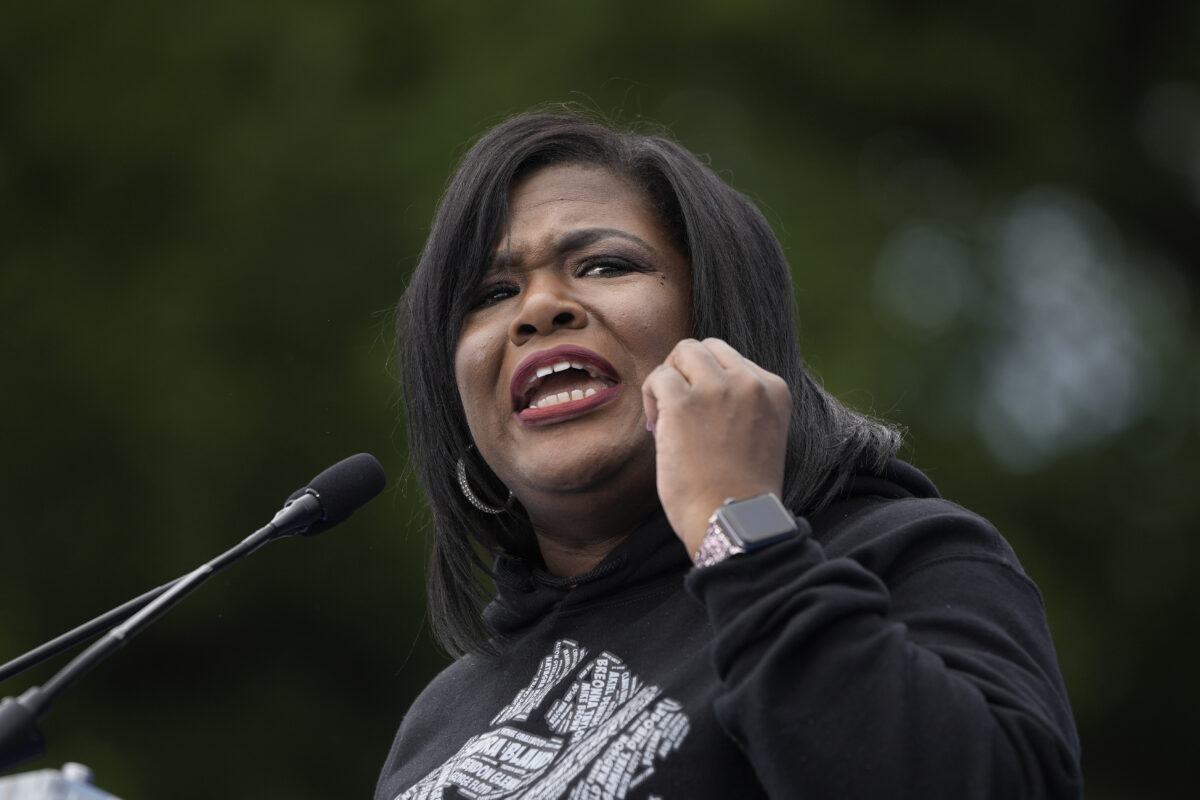 Rep. Cori Bush (D-MO) speaks during a March for Our Lives rally against gun violence on the National Mall June 11, 2022, in Washington, D.C.

Following an uproar over Rep. Cori Bush’s (D-MO) relationship with an activist with a history of making antisemitic comments, the St. Louis congresswoman toured a Jewish food pantry and Holocaust museum on Monday with leaders of local Jewish groups.

An organizer indicated that the conversations with Bush focused on the local institutions and did not address antisemitism or policies towards Israel.

Picker Neiss’ tweet was posted midafternoon on Monday and included photos of Bush with Picker Neiss and leaders of JCRC and the St. Louis Jewish Federation. The tweet was subsequently deleted.

The meeting came amid scrutiny of Bush’s ties to Neveen Ayesh, a Palestinian-American activist and government relations coordinator at the Missouri Chapter of American Muslims for Palestine. Ayesh repeatedly tweeted about her hatred of Jews and expressed a desire to “set Israel on fire with my own hands & watch it burn to ashes along with every Israeli in it.” Ayesh hosted a fundraiser for Bush in 2020.

When the tweets resurfaced earlier this month, Ayesh disavowed them, saying she was “young, dumb, & said horrible things that I never acted on, that I would never act on.” Bush has not commented publicly on her ties to Ayesh since the recent reports, and her campaign did not immediately respond to a request for comment.

Asked by JI if the congresswoman’s positions on Israel or her ties to Ayesh had come up during the tour, Picker Neiss indicated that they had not.

“We are always happy to share with any and all elected officials the inspiring work of our Jewish community institutions,” she said. “We were grateful that the congresswoman and her team took time to join us as the Jewish food pantry and Holocaust museum hosted us to tour these valuable institutions. Our discussions focused on how these Jewish institutions benefit the St. Louis community.”

Bush was one of nine House members who voted against supplemental funding for Israel’s Iron Dome missile-defense system in 2021. In May 2021, during the conflict between Israel and Hamas terrorists in Gaza, she delivered a speech on the House floor criticizing Israel and referring to its capital as “Jerusalem, Palestine.” She also supports the Boycott, Divestment and Sanctions Movement targeting Israel.

Picker Neiss also said that the JCRC is “trying to tread carefully in advance of the election.” As a nonprofit group, the JCRC is banned from making political endorsements or engaging in electoral activity. Missouri’s primary elections, in which Bush faces multiple challengers, are set for Aug. 2.

Greg Yawitz, who chairs the Jewish Federation of St. Louis’ board and was pictured with Bush, did not respond to inquiries from JI.

Picker Neiss’ original tweet was replaced on Tuesday afternoon with a new one that included photos of Bush touring the food pantry, but did not have the group photographs with Jewish leaders. The new tweet did not mention Bush’s visit to the Holocaust museum.

“Yesterday, [JCRC St. Louis] coordinated a tour for [Bush] of the Jewish Food Pantry. Today, I got a call from her office that someone whose home and car flooded needed food for their baby,” the new tweet reads. “Called [Jewish Family Services St. Louis] who immediately coordinated to have someone deliver to them. Help in action.”

Picker Neiss and leaders of other local Jewish groups met in August 2021 for the first time with Bush staffers, after the freshman congresswoman took office in January.

Picker Neiss told JI at the time that the leaders had offered to provide information to her office on Israel issues, but did not delve into policy specifics or address Bush’s support for the BDS movement.

Bush staffers also “acknowledged that this could be an area where we might have more disagreement, but that because it’s an area where we know we have differing opinions, that’s why we need to talk about it more,” Picker Neiss said. “We felt like they left that door wide open for us to continue that conversation with them.”