The change was co-sponsored by the U.S., who most frequently uses its security council veto against resolutions that target Israel 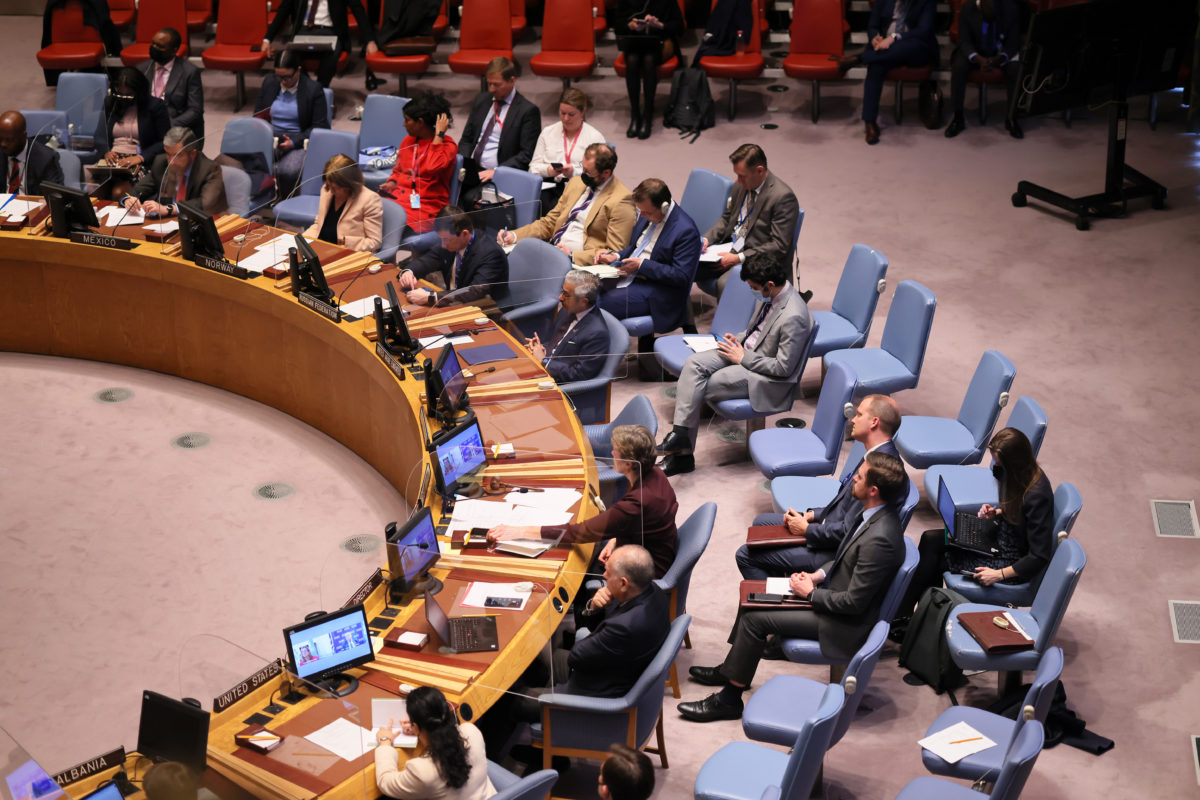 The U.N. General Assembly moved on Tuesday to provide greater scrutiny of the five Security Council members who have veto power, a change that could further isolate Israel at the world body. The resolution followed weeks of criticism directed at Russia for blocking any Security Council resolution condemning its invasion of Ukraine.

The change, which was co-sponsored by the United States, was adopted by the General Assembly without a vote, meaning no countries lodged official objections. It will require the 193-member assembly to “hold a debate on the situation” within 10 days of any country exercising its veto power at the Security Council.

The move does not get rid of or otherwise change the power of the veto for the five permanent members of the Security Council, but it requires any country that uses it to explain itself.

“We agree that the matter [that was vetoed] should be formally debated in the General Assembly,” Deputy U.S. Representative to the United Nations Richard Mills said at the Tuesday General Assembly meeting, “and we believe the P5 member who casts a veto should be given the opportunity to explain its decision to the full GA membership in this very chamber.”

Since 2000, the U.S. has exercised its veto power 14 times, 12 of which had to do with resolutions that targeted Israel. Under the new rule, an American representative would be required to explain to the General Assembly the reason for vetoing a resolution it believed was anti-Israel — a practice that the U.S. generally sticks to, with statements released or speeches delivered upon any such action taken by Washington.

Israel supports “the notion that the U.N. system should be strengthened and reformed in a manner that would amplify the responsibility and transparency of member states with regard to their decisions and votes,” Israel’s deputy permanent representative to the U.N., Noa Furman, said in a Tuesday speech to the assembly.

Veto power is a “privilege” that “should be taken very seriously and not be misused,” Furman added, and Israel supports the use of that privilege in response to resolutions that do “not promote international peace and security.” She also urged the General Assembly not to abuse the policy change to undermine the appropriate use of the veto, “as has been done in the past with other U.N. procedures with regard to my country.”

Despite Israel’s expression of support for the change, Elliott Abrams, who has served in the administrations of Ronald Reagan, George W. Bush and Donald Trump, argued that it would lead to additional unfair scrutiny of Israel.

“Every time the U.S. exercises a veto to protect Israel, you’re going to have an additional debate about beating up Israel in the General Assembly,” said Abrams. “It just seems to me to be clearly against the interests of the United States, and that of Israel.”

Dan Shapiro, who served as U.S. ambassador to Israel during the Obama administration, pointed out that the U.S. and Israel are often already isolated on the same side when it comes to Israel, a fact that wouldn’t change.

“The United States is used to standing alone to defend its veto, frequently on matters related to Israel,” said Shapiro, who is now a distinguished fellow at the Atlantic Council. “The U.S. and Israel often stand together on the losing side of lopsided votes criticizing Israel in the General Assembly. So I see minimal impact on the United States’ readiness to use its veto as it has in the past.”

In his speech at the assembly, Mills did not mention Israel. He criticized Russia for its “abuse of the right to veto conferred on the P5 members” and highlighted Russia’s use of the veto to shut down resolutions condemning its actions in Syria, Crimea and Ukraine.

“When a P5 member casts a veto, that member should be prepared to explain why the resolution at issue would not have furthered the maintenance of international peace and security,” said Mills.