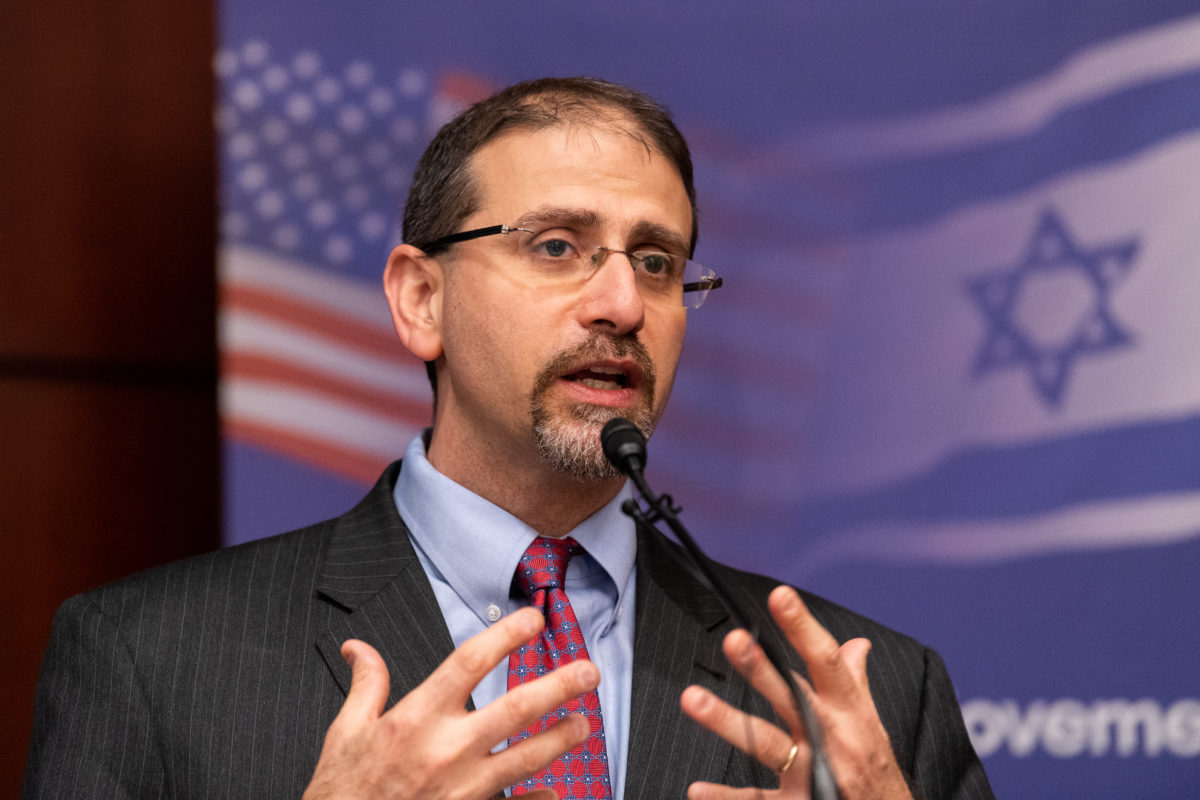 Dan Shapiro, former ambassador of the United States to Israel, at the American Zionist Movement/AZM Washington Forum: Renewing the Bipartisan Commitment Standing with Israel and Zionism in the Capitol Visitor Center in Washington, D.C.

After a six-month stint as an advisor to the State Department’s Iran team, former U.S. Ambassador to Israel Dan Shapiro is leaving the Biden administration for a position at the Atlantic Council focused on the Abraham Accords.

Contrary to reports suggesting Shapiro left the administration over disagreements on Iran policy, he told Jewish Insider on Tuesday that he is “absolutely not” leaving because of any policy differences. “There’s no story there.”

Instead, he will be taking on a position at the Washington-based think tank that will allow him to bring his decades of government experience and scores of Middle East and Washington contacts to bear in building and expanding the Abraham Accords. Shapiro continued to live in Israel after his posting ended in 2017.

A close advisor to former President Barack Obama, Shapiro is one of the most prominent Democrats to enter the growing field of think tanks and NGOs focused on the 2020 agreements that normalized relations between Israel and several Arab countries. Last year, Jared Kushner launched the Abraham Accords Peace Institute, which is helmed by former senior National Security Council staffer Rob Greenway.

“The Abraham Accords were a very important breakthrough, and credit, obviously, to those in the Trump administration who worked on it,” said Shapiro.

He is tasked with continuing and building upon the so-called “N7 Conference” that took place in Abu Dhabi in October, referring to the seven countries in attendance who had normalized ties — Israel, Bahrain, Morocco, Sudan, the United Arab Emirates, Jordan and Egypt.

His work is “all in the service of trying to expand this sort of multilateral forum,” explained Shapiro. He pointed to Monday’s “Negev Summit” with the foreign ministers from the U.S., Israel, Bahrain, Morocco, the UAE and Egypt as a success, but the type of gathering that may be inaccessible to other public officials in those countries who want to forge Abraham Accords-related partnerships.

“It’s not so easy for a typical member of Knesset, or a deputy minister or a minister who’s not the foreign minister to plug into opportunities to work with a range of new partners who they’ve never met before, and they have no history of working together,” noted Shapiro. “That’s what we’re trying to do.”

One of Shapiro’s objectives is to include Palestinians in events, like the N7 Conference, that are related to normalization. “They may resist, but they should be encouraged and invited to come and participate, to come and see how Palestinians’ lives can be improved, and how being at the table helps maybe unstick a stalemate in Israeli-Palestinian discussion,” said Shapiro. “I think a number of these Arab countries can be contributors to that.”

In 2013 and 2014, Shapiro worked with then-Secretary of State John Kerry on an Israeli-Palestinian peace proposal that quickly stalled. He has spoken critically of the Trump administration’s peace proposal in 2020.

Shapiro argued that normalization, and the resulting shift in regional dynamics, “should be thought of as a very potent potential source of positive energy on the Israeli-Palestinian track, and maybe at the moment the only potential source of positive energy given the limitations of the leadership dynamic between the Israeli and Palestinian leadership.”

In the Biden administration, Shapiro advised Special Envoy for Iran Rob Malley on cooperation with Israel and other regional allies. In some ways, he will continue that work outside of government by strengthening the ties between Israel and partners in the region on a range of matters that include defense, and countering the shared Iranian threat.

Limiting Iran’s nuclear ambitions requires a return to the 2015 Iran nuclear deal, which is currently being negotiated in Vienna, in addition to regional security cooperation, Shapiro argued. He hopes to continue to work toward both, even after he has left the State Department.

“Trying to restore mutual compliance with JCPOA to keep the nuclear threat at bay is a critical element of our policy, and it should be supplemented — should have as an equal pillar a full investment in the strengthening of this regional coalescence of this new camp,” he told JI. “That can be done somewhat from in[side] government, and it also can be done a lot from outside of government.”