The former vice president detoured to the Ukrainian border, where he met with refugees 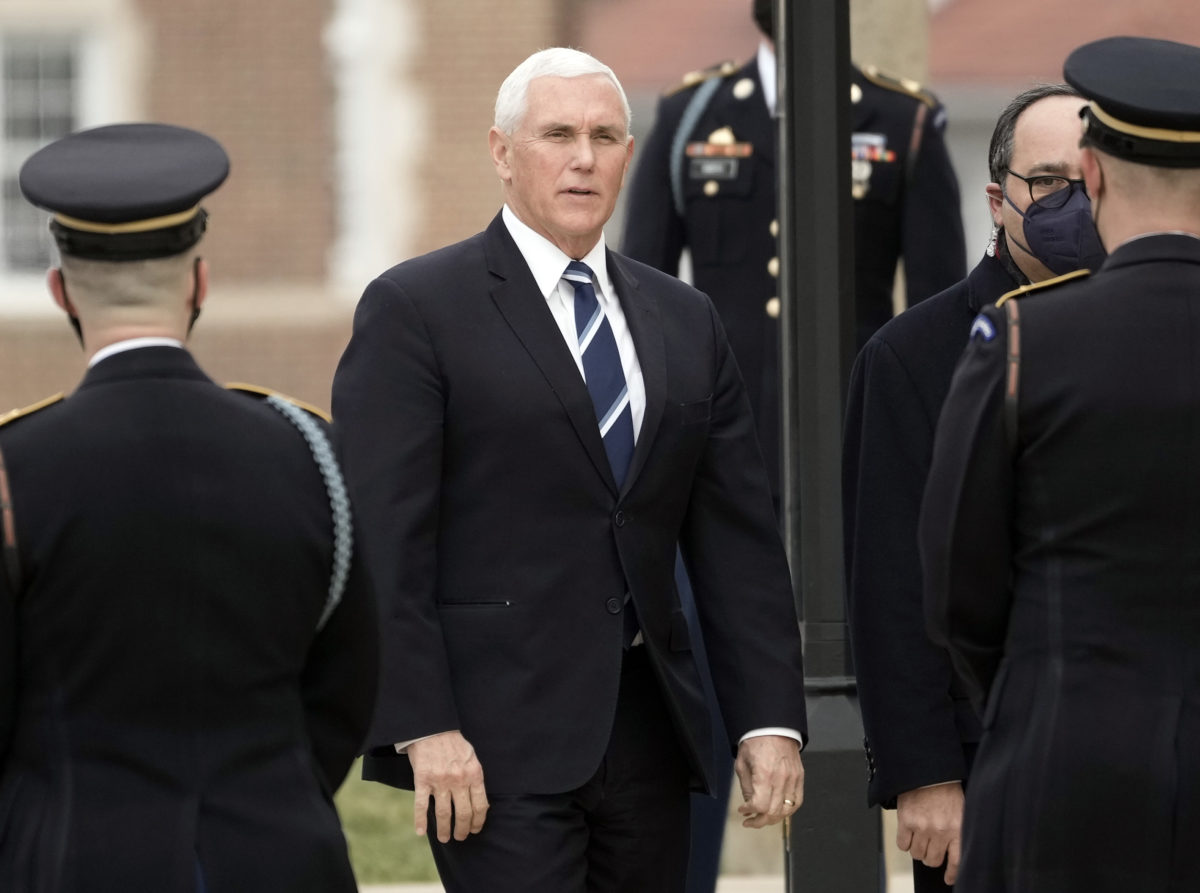 Former Vice President Mike Pence had been expected to arrive in Morocco this week following a widely publicized multi-day jaunt through Israel, where he received an honorary doctorate, met with high-ranking government officials and had dinner with the GOP megadonor Miriam Adelson at her home in Jerusalem.

The trip to Morocco, according to a Pence confidante who informed Jewish Insider of the former vice president’s plans last month, was to be part of an effort to “buttress his faith” in the Abraham Accords, which many view as the signature foreign policy achievement of the Trump administration.

Pence is said to have played a behind-the-scenes role in negotiating the series of historic agreements that established diplomatic relations between Israel and four Arab nations, including Morocco. His first visit to the North African country would likely have represented something of a victory lap for Pence, amid mounting speculation that he will run for president in 2024.

But as his trip to Israel concluded on Thursday, Pence diverted course and instead took a detour to the Ukrainian border in Poland, where he and his wife, Karen, met with refugees displaced by the ongoing crisis between Russia and Ukraine. The trip was organized by Samaritan’s Purse, an evangelical humanitarian aid organization for which Pence has volunteered a number of times.

“The impact of the Russian invasion on these families is heartbreaking and the need for support is great,” Pence wrote on Thursday morning, encouraging his social media followers “to pray and contribute to” Samaritan’s Purse as well as other relief groups. “Let’s stand together as one with the people of Ukraine.”

His high-profile excursion overlapped on Thursday with Vice President Kamala Harris’s visit to Poland, where she spoke at a press conference alongside President Andrzej Duda.

“I am here in Poland as an expression of the enduring and important relationship, that, again, has been longstanding, but in particular on the issue of Ukraine is unified and is clear,” Harris said. “We will do everything together in partnership, in solidarity to support what is necessary at this very moment in terms of the humanitarian and security needs of Ukraine and the Ukrainian people.”

While Pence’s visit set up a potential clash with the vice president, he has more notably framed his approach to the war as a rebuke of Trump, who recently stirred controversy when he described Russian President Vladimir Putin as “very savvy” and a “genius.”

Last week at a GOP donor event in New Orleans, Pence took an indirect shot at the former president, emphasizing that “there is no room in this party for apologists for Putin.”

On other foreign policy issues, Pence has indicated his alignment with the former president.

In an interview with Israel Hayom earlier this week, Pence set his sights on the Biden administration’s efforts to pursue a new nuclear deal with Iran, which Trump abandoned in 2018.

“It would be bad in a peace time to be restarting the Iran nuclear deal,” Pence argued, “but to literally be working with the Russians to achieve some once again deeply flawed and dangerous agreement with the ayatollahs in Iran is just utterly unacceptable.”

Pence reiterated his opposition to the nuclear agreement negotiations in sharply worded social media comments on Wednesday, before turning his attention to Russia and Ukraine.

“There will be time to assess steps America took in advance of Russia’s unprovoked aggression against Ukraine,” Pence said in a follow-up tweet. “But make no mistake, the blame for the evil unfolding across Ukraine today lies in one place & one place only: inside the Kremlin and on the shoulders of Vladimir Putin.

Late Thursday afternoon, a spokesperson for Pence’s recently launched political advocacy group, Advancing American Freedom, told JI via email that the former vice president was “on his way home from the Ukrainian border.”

The spokesperson, Devin O’Malley, said Pence would no longer be going to Morocco, where he had expressed interest in meeting with King Mohammed VI, among others.

O’Malley did not respond to a follow-up question asking if Pence had made alternate plans to visit Morocco in the immediate future.

On Tuesday, while Pence was in Israel, Deputy Secretary of State Wendy Sherman met with Moroccan Foreign Minister Nasser Bourita in the capital city of Rabat.

According to a spokesperson for the State Department, their discussion focused on enhancing “the long-standing bilateral relationship between” the U.S. and Morocco as well as “international developments, including Putin’s premeditated, unprovoked and unjustified war on Ukraine.”