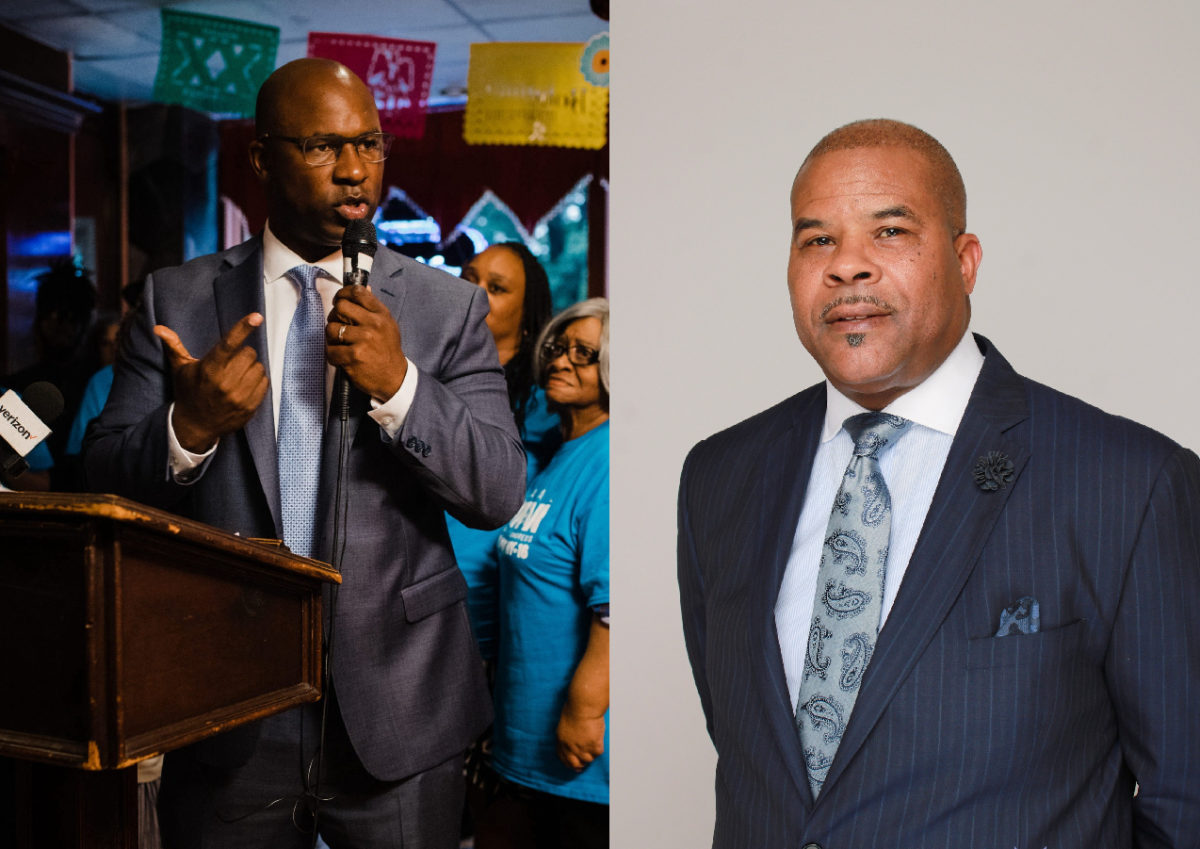 Michael Gerald, a Westchester County pastor and corrections official who recently launched a primary challenge against freshman Rep. Jamaal Bowman (D-NY), told Jewish Insider on Wednesday that he is suspending his campaign just weeks after entering the race.

“I was spoiling for a good fight,” Gerald, 54, said in a brief phone conversation outlining his reasons for dropping out of the Democratic primary in New York’s redrawn 16th Congressional District. “I think I just ran out of runway.”

The first-time candidate, who filed with the Federal Election Commission on March 1, said he had already “put together an amazing team” but that “things were tracking more slowly” than he had “anticipated and wanted,” with little time remaining until the June 28 primary.

He added that family obligations had also influenced his decision to bow out.“The timing is off for me,” he told JI. “Rather than crash-landing, I think it was the best thing for me to do.”

His surprise exit narrows the field for two other Democratic challengers who remain in the primary: Vedat Gashi, a Westchester County legislator in Yorktown, and Manuel Casanova, a former political strategist and sales manager in New Rochelle.

Casanova, 50, launched his campaign last October and has since raised just under $66,000, more than half of which he has personally loaned to his campaign. Gashi, 43, filed in February and has yet to report his campaign contributions.

While Casanova has struggled to gain traction in the race to represent the new district, Gashi has, for his part, been shoring up some meaningful support among local Democratic leaders in Westchester.

Gerald said he had not decided whether he would make an endorsement in the race. But that could change in the coming weeks, the reverend clarified, noting that he had spoken with Gashi on Wednesday morning and believes “he has a strong leg up at this point.”

“I know he’s capable, but I don’t know his positions that well,” Gerald said. “Hopefully I’ll get to learn more about him over the course of this campaign.”

Bowman’s updated district lines include a sizable new population of traditionally moderate voters who live further north, in Westchester and Putnam Counties. Bowman is losing the heavily Jewish Bronx neighborhood of Riverdale, which will be added to New York’s expanded 15th Congressional District.

Gerald, who cast himself as a moderate foil to the left-leaning Bowman, currently serves as a senior pastor at Shiloh Church in Tuckahoe as well as a deputy commissioner at the Westchester County Department of Correction.

Before he became a full-time pastor in 2007, Gerald worked as a New Jersey state trooper and as a county undersheriff.

In an interview with JI earlier this month, Gerald was critical of Bowman’s progressive policy approach, including past statements in which the first-term congressman has expressed support for defunding the police.

He also took issue with Bowman’s vote against the $1 trillion bipartisan infrastructure deal as well as a more recent announcement that he would withdraw his support for and vote against legislation aimed at strengthening and expanding the Abraham Accords, which normalized relations between Israel and a number of Arab countries.

Gashi and Casanova, who are also running as centrist Democrats, have echoed such criticism.

Shortly after launching his campaign, Gerald said he met with Bowman at the congressman’s request for a 40-minute conversation that took place in the district. During the discussion, Bowman explained, among other things, his “passion” for working on behalf of “marginalized” communities, according to Gerald, who said the congressman “did most of the talking.”

While he characterized the meeting as cordial, Gerald emphasized that his one-time discussion with Bowman had “not at all” contributed to his decision to withdraw from the race.

Bowman’s campaign did not respond to a request for comment at the time of the meeting.

Despite his short-lived campaign, Gerald said he has not ruled out the possibility of another run if the opportunity “presents itself in the future.”

“I don’t know that I would be surprised to see myself out there again shooting for it,” he told JI. “I’m interested in making a difference and being a moderate voice of reason. We’ll see what happens.”