If the far-left Michigan lawmaker switches districts, she will avoid a self-funded primary challenger 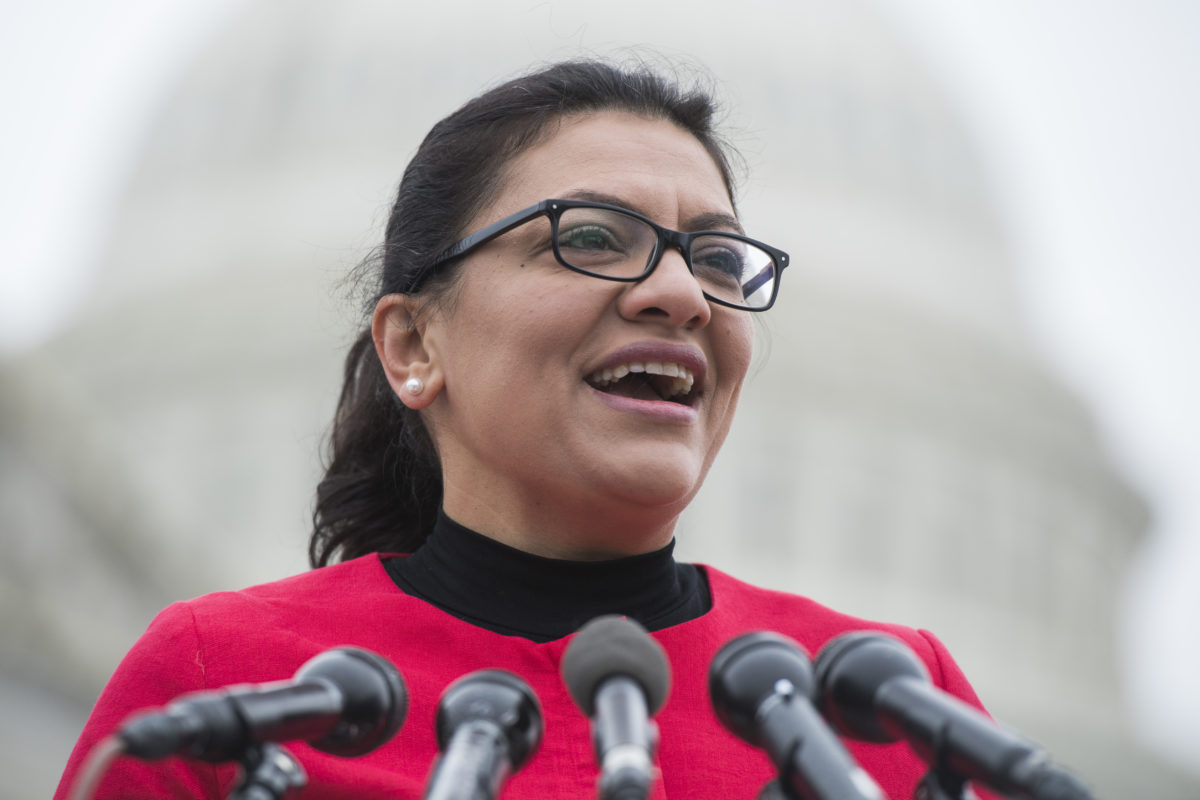 Rep. Rashida Tlaib (D-MI) conducts a news conference at the House Triangle to introduce a financial relief bill for federal workers affected by the partial government shutdown on Thursday, January 17, 2019.

On Tuesday night, Rep. Brenda Lawrence (D-MI), a Detroit-area congresswoman since 2015, became the 25th congressional Democrat to announce retirement ahead of the 2022 midterms, giving Rep. Rashida Tlaib (D-MI) a choice of where to run as she faces a primary challenger in her home district.

The state’s new congressional map — which is expected to be challenged in court — eliminated one of the Wolverine State’s 14 congressional districts, and changed the borders of the Detroit-area districts Lawrence and Tlaib represent.

Tlaib lives in the newly drawn 13th Congressional District, which includes most of Detroit and some more conservative-leaning southern suburbs. Lawrence was redrawn into the 12th District.

Tlaib could also potentially run in the 12th Congressional District, which includes Dearborn — which has the largest Arab-American population in the U.S. — as well as other parts of the Detroit suburbs and metro area, some of which Tlaib currently represents. According to a Tuesday evening report from The Arab American News, citing an anonymous source, Tlaib is planning to run in the 12th District.

Tlaib’s campaign did not respond to a request for comment on the subject earlier Tuesday.

State Rep. Shri Thanedar, who has self-funded prior campaigns — including an unsuccessful run for governor in 2018 — announced late last year that he planned to spend $5 million to run in the 13th District, setting up a potentially costly fight for Tlaib should she choose to remain in the district.

Given Lawrence’s retirement — she is the only Black lawmaker in Michigan’s congressional delegation — state Democrats will also likely seek to recruit a Black candidate to run in one or both of the 12th and 13th Districts, local experts noted.

Lawrence seemed to express support for such an effort in her retirement announcement video released Tuesday evening, saying, “As we have a new redistricting map, a new generation of leaders will step up. We need to make sure our elected officials in Michigan and across the country look like our communities. It is not lost on me that I am currently the only Black member of the Michigan congressional delegation.”

The new 13th District also includes a larger population of “much more conservative” voters than Tlaib’s current district — who might be less friendly to Tlaib — Ed Sarpolus, a longtime Michigan political strategist, told Jewish Insider. Sarpolus added that Tlaib may lack a “natural base” in the 13th District.

“I think it’s really going to come down to how does [Tlaib] judge Shri Thalendar, where is he going to plant his foot,” Sarpolus added. “Rashida has to decide, where can she win?”

But Tlaib might face similar hurdles in the 12th District as she would in the 13th District, Corwin Smidt, a professor of political science at Michigan State University, noted. The western portion of the 12th District also includes more suburban Democrats, many of whom are less aligned with Tlaib on cultural issues.

“I would not put them as the natural constituency of Rashida Tlaib,” he said.
The map could be upended pending the outcome of a lawsuit from Black lawmakers in Michigan who argue that the map violates Voting Rights Act provisions banning racial gerrymandering and should be redrawn. The state previously had two majority-Black districts, including Tlaib’s current district, but the new map is drawn such that Michigan has no majority-Black districts. The new 12th and 13th districts have roughly equal numbers of white and Black voters.