Iranian VP Mohsen Rezaei, who is wanted by Interpol for his role in the 1994 AMIA bombing, traveled to Managua for the swearing-in of Nicaraguan President Daniel Ortega 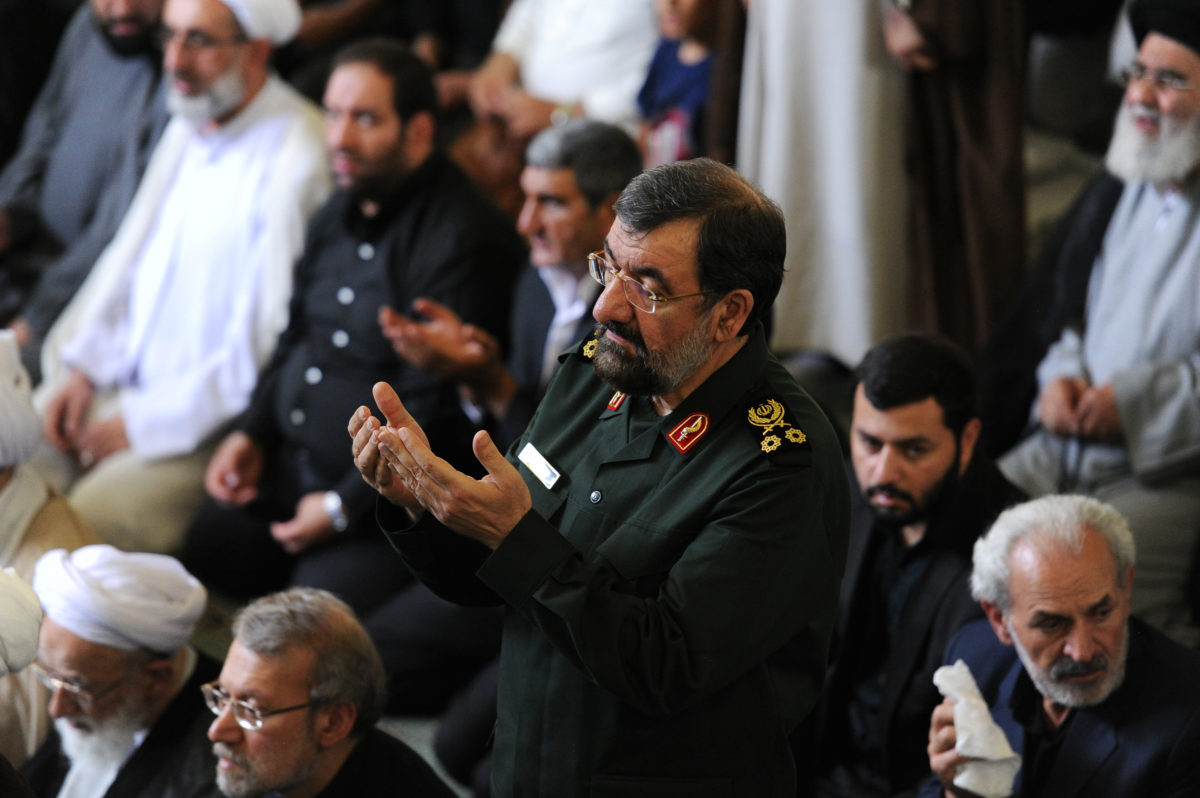 The Organization of American States’ antisemitism envoy called for Nicaragua to abide by its duties as a member of Interpol after a senior Iranian politician wanted for his role in the 1994 AMIA Jewish center bombing in Buenos Aires appeared at the swearing-in of Nicaraguan President Daniel Ortega this week.

“I repudiate the presence of the vice president of Iran at the inauguration of Daniel Ortega in Managua,” Fernando Lottenberg, a Brazilian attorney who has since October served as the OAS commissioner to monitor and combat antisemitism, told Jewish Insider. “Mohsen Rezaei is under a red alert from Interpol. Nicaragua, as a member of Interpol, should soon comply with it.”

Mohsen Rezaei was the leader of the Iranian Revolutionary Guard Corps at the time of the AMIA bombing and is believed to be the alleged mastermind of the attack that killed 85 people and injured hundreds. 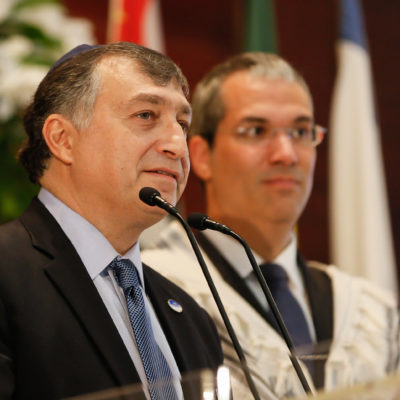 Fernando Lottenberg takes on antisemitism across the Western Hemisphere

Rezaei, Iran’s vice president for economic affairs, has been wanted by Interpol since 2007. But Nicaragua, which is a member of Interpol, appeared to ignore the red notice on the Iranian official.

“It’s a sign of the level of confidence Iranian leadership has in its ability to thumb its nose in the face of international law, and Interpol in particular, without consequence,” said Matthew Levitt, ​​a former FBI investigator and deputy assistant secretary for intelligence and analysis at the Treasury Department who is now the Fromer-Wexler Fellow at The Washington Institute for Near East Policy.

Argentina has its own arrest warrant out for Rezaei, and the country’s Foreign Ministry said in a statement that “his presence in Managua constitutes an affront to Argentine justice and to the victims of the brutal terrorist attack against the AMIA.”

Rezaei traveled to Managua earlier this week to see Ortega sworn in for a fourth consecutive term following an election that was widely viewed as rigged by international democracy observers.

Rezaei’s trip to Managua could be viewed as a test of Western democracies, said Toby Dershowitz, senior vice president for government relations and strategy at the Foundation for Defense of Democracies. “It’s a test we shouldn’t fail,” Dershowitz continued. “Should the world look the other way, not only will justice not be served but it will, in effect, give license to Iran’s leaders to continue to engage in its nefarious, often deadly acts of terrorism.”

The State Department did not respond to a request for comment from JI. Marc Stanley, the newly appointed U.S. ambassador to Argentina who has not yet arrived in Buenos Aires, declined to comment. Stanley vowed to press the Argentine government for accountability on the AMIA bombing in his Senate confirmation hearing in October.

During Rezaei’s visit to Managua, he also met with Cuban President Miguel Díaz-Canel Bermúdez, who wrote on Twitter that the two leaders discussed the “positive state of political relations” between Iran and Cuba.

Hours before Ortega’s inauguration, the U.S. and the European Union put new sanctions on several Nicaraguan officials, including the defense minister, for alleged human rights violations.

“The governments of Cuba and Nicaragua are eager to deepen ties to countries that present opportunities for them in light of U.S. sanctions, and Iran likewise will welcome warm ties to other governments targeted by the U.S.,” said Eric Hershberg, director of the Center for Latin American and Latino Studies at American University. “It does not seem out of the ordinary that an Iranian VP would attend Ortega’s inauguration, or that Cuban officials in attendance would take advantage of the occasion to hold a meeting with their Iranian counterpart.”

Interpol did not respond to a request for comment from JI.

Rezaei’s travel to Nicaragua is not his first time traveling to an Interpol member country since he was subject to a red notice in 2007. According to data compiled by FDD, the Wilson Center and the Argentina Project, the eight Iranian suspects in the AMIA bombing have traveled to at least 20 Interpol member countries, including Brazil, Bolivia, South Africa, Saudi Arabia and Turkey.