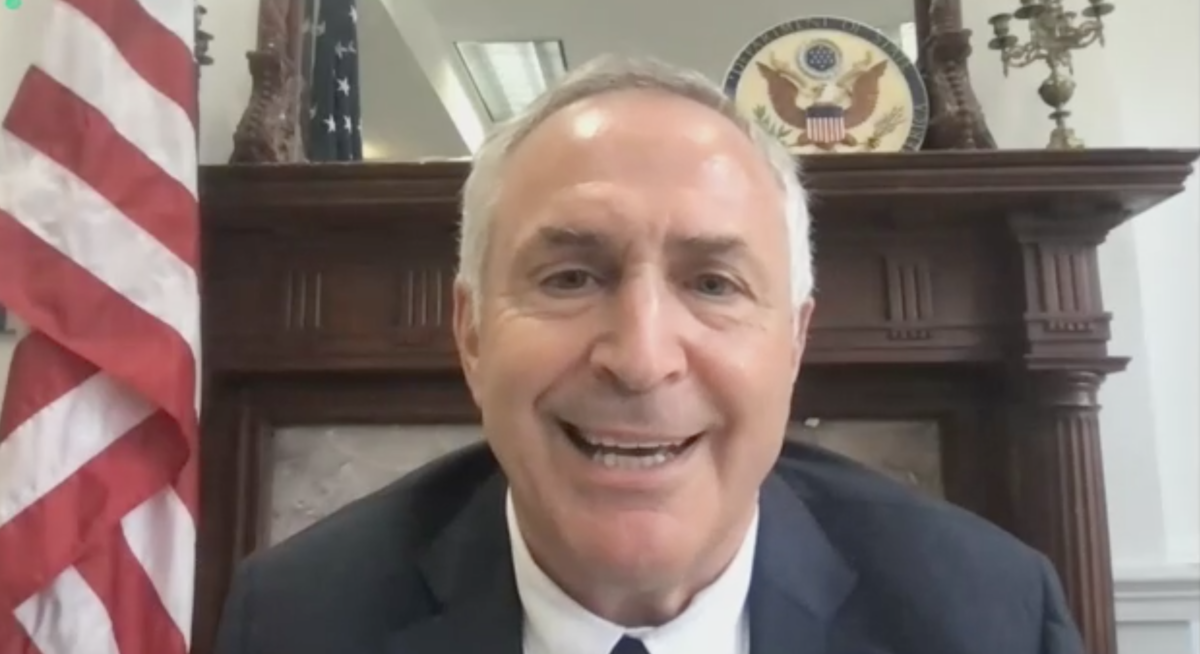 Marc Stanley, the Biden administration’s nominee to be U.S. ambassador to Argentina, said “there should be a demand” that the Argentinian government and judiciary fully investigate and prosecute the 1994 terrorist bombing of the Associación Mutual Israelita Argentina (AMIA) Jewish community center in Buenos Aires.

The attack, which was carried out by a Hezbollah-linked Lebanese suicide bomber and which investigators believe was directly organized by senior Iranian government officials, is still officially unsolved in Argentina. Stanley, speaking at his Senate Foreign Relations Committee confirmation hearing on Tuesday, described the bombing as “a huge issue” and called on the Argentinian government to properly address the attack.

“This is not a Jewish issue. This an affront on Argentina,” Stanley said. “Eighty-five people died and they weren’t all Jews… I think all Argentines should be upset about it, and I think there should be a demand of this government, the judiciary [to] prosecute and find out who’s responsible and get justice.”

He praised Argentina for recent steps addressing some of the individuals and groups linked to the attack, including “finally” designating Hezbollah as a terrorist organization in 2019, and said he was “pleased” that President Alberto Fernández was “outraged” that an official linked to the bombing was appointed to a leadership role in the new Iranian government.

During his opening statement, Stanley — a former chair of the National Jewish Democratic Council and leader in other Jewish charities and political groups — described his family’s immigrant heritage as “a family story that is unique to the American promise.”

“That story finds its roots in small villages in Belarus, Ukraine and Poland. My father’s family first made their way to Brooklyn, New York, with little to their name. My mother’s father fled pogroms in the early 1900s and landed in London, before his daughter eventually crossed the Atlantic at the age of 19 to reach America’s shores as well,” Stanley said. “My parents met at Jewish singles dance on Long Island, and after marrying and having two sons, moved to Dallas, built a business and planted the seeds of a fruitful life. “

He added that his career and his activism have been motivated by his Jewish values.

“Throughout my life, public service, the pursuit of justice, the desire to give back and repair the world — what in Judaism we call tikkun olam — have always been a central part of my identity: as a young intern and staffer on Capitol Hill, as a lawyer, as a volunteer, as an activist in everything from the fight to rescue Soviet Jewry to the cause of a safer State of Israel to leadership roles in local and national nonprofits and serving in state and federal government,” Stanley said. “Now, if confirmed, I have the chance to continue forging that path on behalf of our nation.”